McLaren Wants to Reinvent the Wheel

How trees inspired a wild new vision for a non-symmetrical rim design. 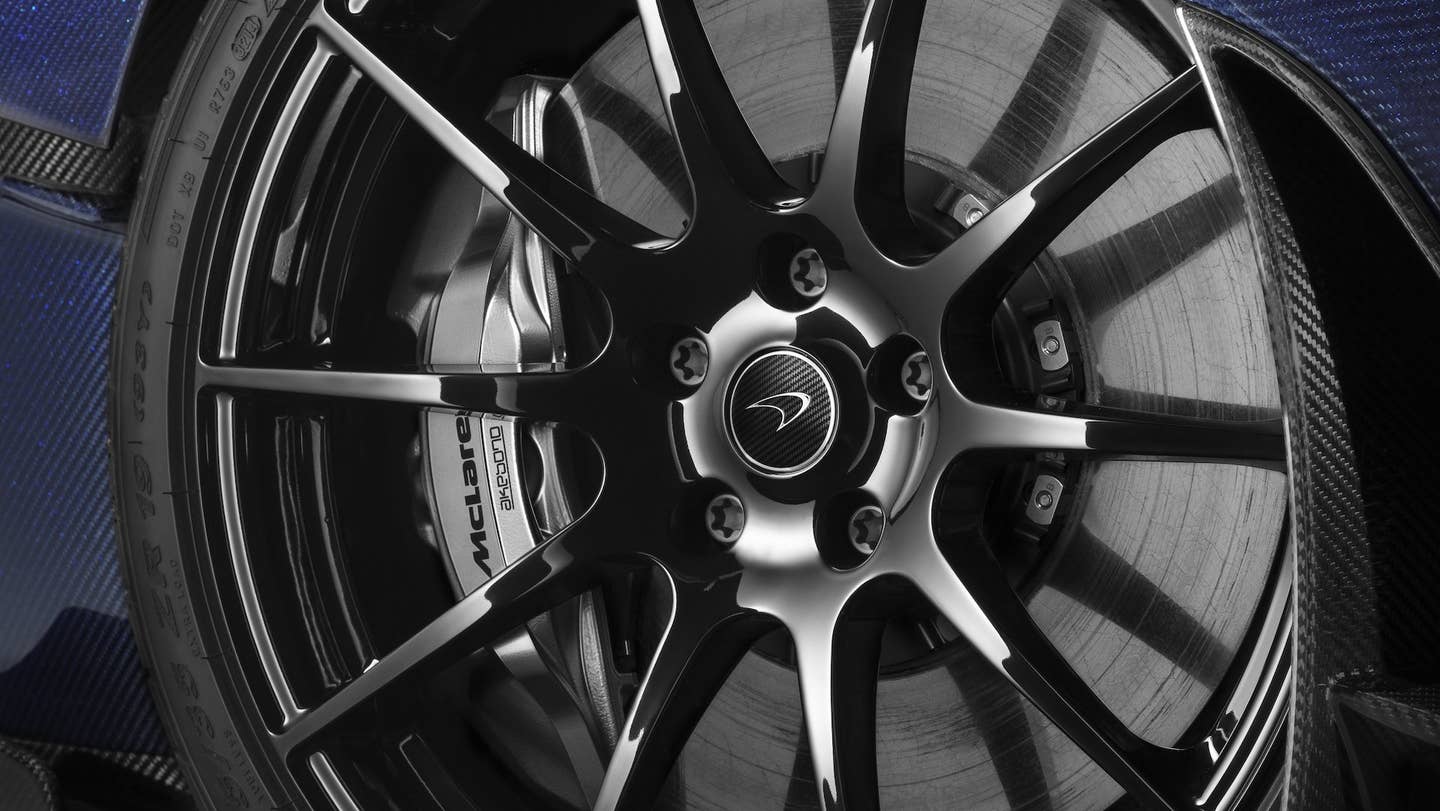 Frank Stephenson is a visionary. The man behind the Ferrari F430 and original BMW X5, the Maserati MC12 and revived Mini Cooper, some of our generation’s most iconic shapes. But what makes the 56-year-old designer so prolific, so unique, is where he finds inspiration. Consider his original sketches for the Escort RS Cosworth: They incorporated a wild, triple-decker wing pinched from the Fokker Dr.I, an odd German WWI fighter plane. The “beancounters got rid of that one,” he says, but now that he’s McLaren’s design boss, Stephenson has more leeway. His next idea: Make wheels more like trees.

That’s what he told Motoring during a recent interview. According to the Aussie outlet, Stephenson has been obsessing over Californian Sequoias—specifically how tall they grow, despite laying down relatively shallow and sprawling roots. So why aren’t car wheels more like that?

“It’s based off bio-mimicry,” Stephenson explains. “You don’t have symmetrical spokes…”

He goes on, describing “very curvy or very bent spokes” in a wheel design with “all different-size-looking holes.” Basically, imagine a Sequoia trunk as the wheel hub, with a complex network of spokes, each one unique, crawling out like the roots. Stephenson admits counterbalancing would be complex, but remains undeterred, saying he could inlay a system behind the spokes. All in the pursuit of a lighter, stronger, more alien-looking design. How McLaren.

The tree-wheel is just one of Stephenson’s future design notions; of course, there are more. Check out the full interview here.