The Most Time You’ve Wasted On a Simple Repair, Part 1

Gained knowledge does not equate to wasted time, though. 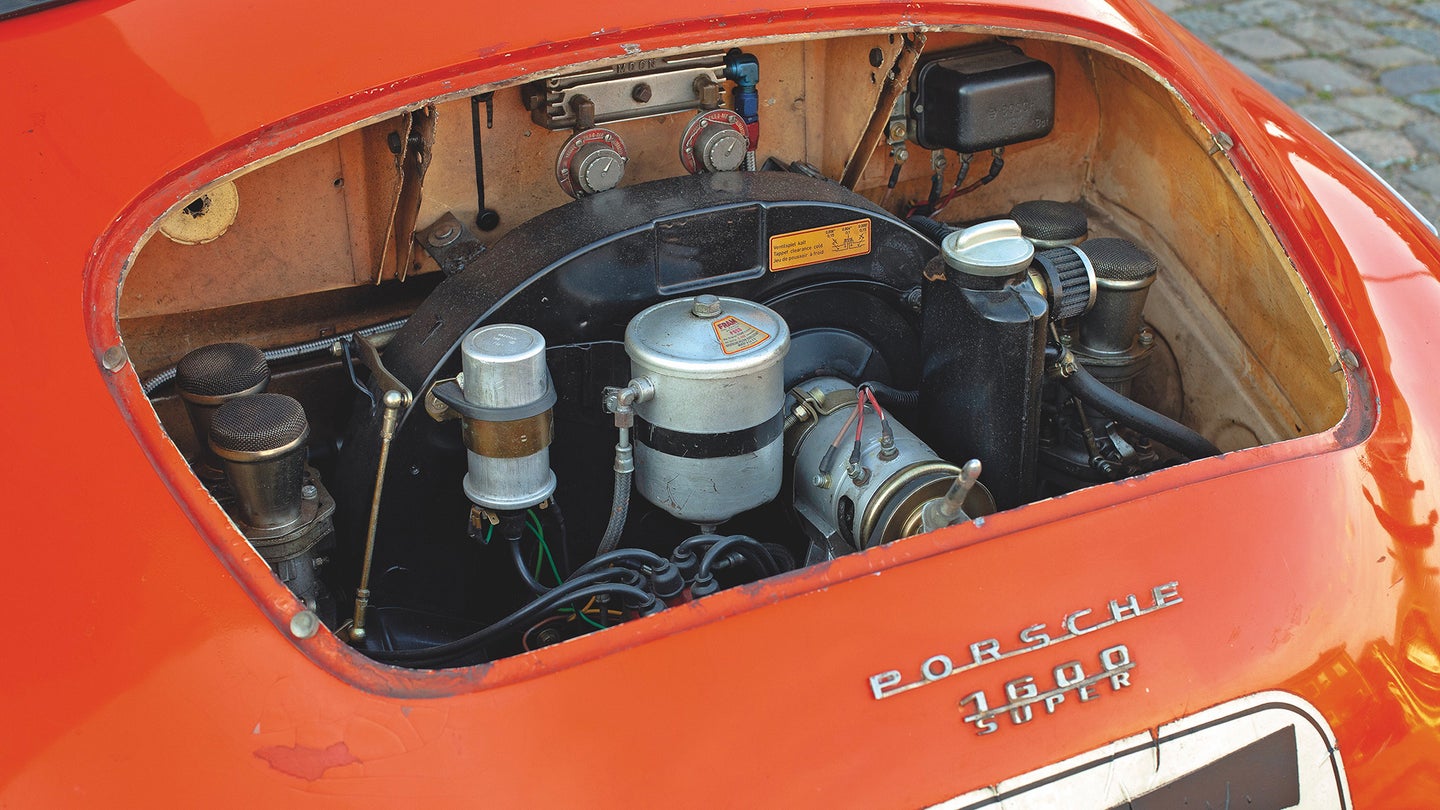 There is no back button when you're working on a car. You can't command-Z after a nut fell into your block or after you snapped off a piece of a part that is no longer readily available. You can't reverse time after you spent three days tearing your engine apart, only to realize it was a dirty sensor. You just gotta keep going, keep trying, and keep problem-solving until your job is done and complete.

A few days ago, we asked you, our audience, to tell us about the times when what seemed like a quick job turned into an unexpected patience-testing marathon, and we received dozens of answers. The responses were personal looks at the frustration that can happen in a garage, and we related to damn near all of them. It seems headlights have been identified as Enemy No. 1. Let's talk about all of your, and our, failures, keeping in mind that failures equate to knowledge and experience.

We'll start with ours.

Bent Out Of Shape

"A while back, I leased a Mk7 Golf R. I promptly put a Magnaflow exhaust on which went off without a hitch. But fast forward two years and the lease being up and

"So I pulled the Magnaflow off, easy peasy. Popped the stock one back on and, the pipes don’t connect. Now I’m struggling because I know in a day or two, I have to trade this in. So I’m using pry bars to make them meet and connect, brute force, everything. They just aren’t.

"I then go to Home Depot, buy a torch, and heated that exhaust end up until it was warm enough to deform and widen the opening. It still doesn't connect the two.

"I’m now sitting there, a bent up exhaust in front of me and, out of the corner of my eye, I see in the corner the brace that connects the two pipes together. It’s just lying next to where I had the OEM muffler stored. It's designed to just clamp the two together and seal it all. But now, because of my stupidity, it won’t fit.

"I ended up going to an exhaust shop and they welded it together. The dealer didn't see it and accepted it back." - The Drive

"I recently replaced the alternator on my Tahoe. After reconnecting the battery, no start. I try the jump pack, no go.  I break out the jumper cables and try again. No dice. Let it charge for a while, still no start, just a buncha clicks. After disconnecting the battery to take it to get replaced, I decide to break out the wire brush and clean up the terminals. Magic!!! - @rupert

"13 days to figure out why my '96 C280 would turn over, but not start. Checked plugs (decided to replace) - nothing. Checked wires - fine. Checked fuel rail - fine. Checked injectors - fine. Checked fuel pump - fine. Did 10 hours of research. On the 14th (!) page of an archived Mercedes forum I happened upon the issue and I am absolutely positive I would have never figured out the problem.

"Turns out, the anti-theft system has an interesting quirk. If you happen to use the key fob to lock the doors WHILE ANY OF THE DOORS ARE STILL OPEN, the drive authorization system fails to authorize the car to start. So, after hours of work and more hours of cursing, all I had to do was open the driver's side door, unlock the doors, close the door, and lock them again. Fired right up. Stupid German cars that I can't quit. - @InstagramAccount

The Battle of the Prius

"About 45 days to replace the front brakes on a Prius.

2. Brake caliper extends when Prius senses key fob. Without pads and the disk for resistance it extends as far as it can.

5. Research. Finally find the codes to retract the caliper on a Scion forum.

6. Order Toyota software and dongle to connect to the computer to tell it retract the caliper

7. Software is 32 bit so despite workarounds can't get it to work on 3 different 64 bit laptops.

9. Software/computer is very buggy.  Takes about 10 times before it doesn't crash when I tell it to retract the caliper.

11. 30 minutes to complete the brake job on both wheels." - @BoostedBrick

"While in college the crankshaft position sensor (CPS) on my 2005 Nissan xTerra went bad and needed to be replaced. I had no money and only the most basic of Harbor Freight hand tools (screwdrivers, a $5 ratchet/socket set, and a pair of borrowed jack stands). It took me 8 hours to replace the CPS, which was just held in by a single 10mm bolt.

"Why? Because (a) my tools weren't adequately suited for the job, (b) the CPS was located on the back of the engine block about 2/3 of the way down with just about 3-4 inches between the engine and firewall and required taking off the wheel and wheel-well liner to access it, and (c) it was cold and I was doing in in an apartment complex parking lot. My skills and tools have improved since then, but I sure was proud to have fixed it myself even though it took an unreasonable amount of time." - @rrapidraptor

"Changing a headlight on a '04 VW Beetle for my wife. Thought it would be like my chevy but quickly found out it was not. I broke everything cause it was cheap plastic and i couldn't get to the head light itself so i had to use 2 screw drivers to reach down and pull out the light bulb  from the assembly which was sooo much fun. After the light bulb was in then i had to re-glue all the plastic back together took me my 2 to 3 hours instead of 20 minutes i was expecting. - @bmcf41

"Replacing spark plugs on a 2000 Explorer 4.0L V6. Oil leaked from the valve cover onto the plugs. One of them seized and snapped in half while trying to extract it. A simple job ended up taking two days, as I didn't have any removal kits and had to buy one. Well, actually, I had to buy two, as the first kit didn't work." - @Discopotato

"Same issue I was going to bring up but it was a 2007 Mustang GT. Seized and snapped spark plug. Bought an extractor kit and that broke as well. Ended up welding together several pieces of spare metal with the extractor kit and finally was able to get the damn plug free." - @panda103

"I've had too many drawn out repairs to remember them all! One that easily comes to mind: when i was young i had a dirt bike with gearbox issues.I like to fix things myself but in this case i didnt have a choice.I didnt have the money to have the bike shop do it.

"Over several days and (late!) nights i took it apart and put it together over and over trying to spot the problem.I must have done it more than ten times! Eventually i worked it out. A couple of shift forks were bent.Easy when you know what to look for." - @RWC8

"In the early 80s, my buddy managed to pick up a cool, baby blue Fiat X1/9. It wasn’t fast but it was really a blast to cruise around in, and it attracted girls much better than that 1970 Nova he used to drive.

"The charging system went out and since I’d worked as a mechanic back then, he called me to come take a look. I quickly determined the generator was shot, which normally wouldn’t be a huge deal, except this one was buried way, way deep under that mid-mount engine.

"The published repair process required the entire engine to be removed. That would have cost a lot more money than he had, maybe even more than he spent on the car. We parked it at my dad’s house, had a few Schmidt’s and looked her over closely. We concluded we could do the job a different way.

"I cut into the fender like a surgeon looking for a bad appendix. We’d decided that a little body work would be easier than yanking the entire engine. Honestly, getting that smoked generator out and swapped really wasn’t that difficult. The replacement worked great, and the car was roadworthy again in a day. Now, about that hole…

"The incision was a squared-off “U”. It wasn’t that hard to get the steel back into shape, but being youngsters we didn’t have a welder to tack it in place. Not certain, but I think I just sanded the paint off and used fiberglass sheet to hold the flap in place. The next day I built up some Bondo. That’s when Minnesota decided winter wasn’t over yet...

"It took over a week for the late snowstorms to stop and sun to come out again. By then, the flap was rusted to hell and the fiberglass patch was rotten. Had to start all over. I remember a lot of sanding. Then more sanding. Laid some glass on there but the temps were still iffy. Would it cure?

"Incidentally: It’s harder to impress girls with a Fiat when the back fender has a big square, rusty hole.

"Eventually, even more weeks later, after nightly goop and sanding sessions, we got the hole patched and shaped and found some guy to match the paint and fill some fan-spray cans for us. The painting was challenging, with more sanding and buffing, but eventually it turned out pretty damn schnazzy. You might not have seen it if you didn’t know it was there.

"But, considering how many nights we spend cutting and swapping parts and patching holes and painting and re-painting, I’m not sure if we really came out ahead of just yanking the whole engine.

"The real pisser is about a month later, his heater core abruptly started leaking like a SOB.

What’s the Most Time You’ve Wasted On a Simple Car Repair?

We’ve all been there.

You spoke, we listened. Here are your favorite tools!

What’s The One Tool You Can’t Live Without In Your Garage?

We all have our favorite wrench or socket set, so what’s yours?