Watch the Best Battles at Round 1 of Formula Drift Japan 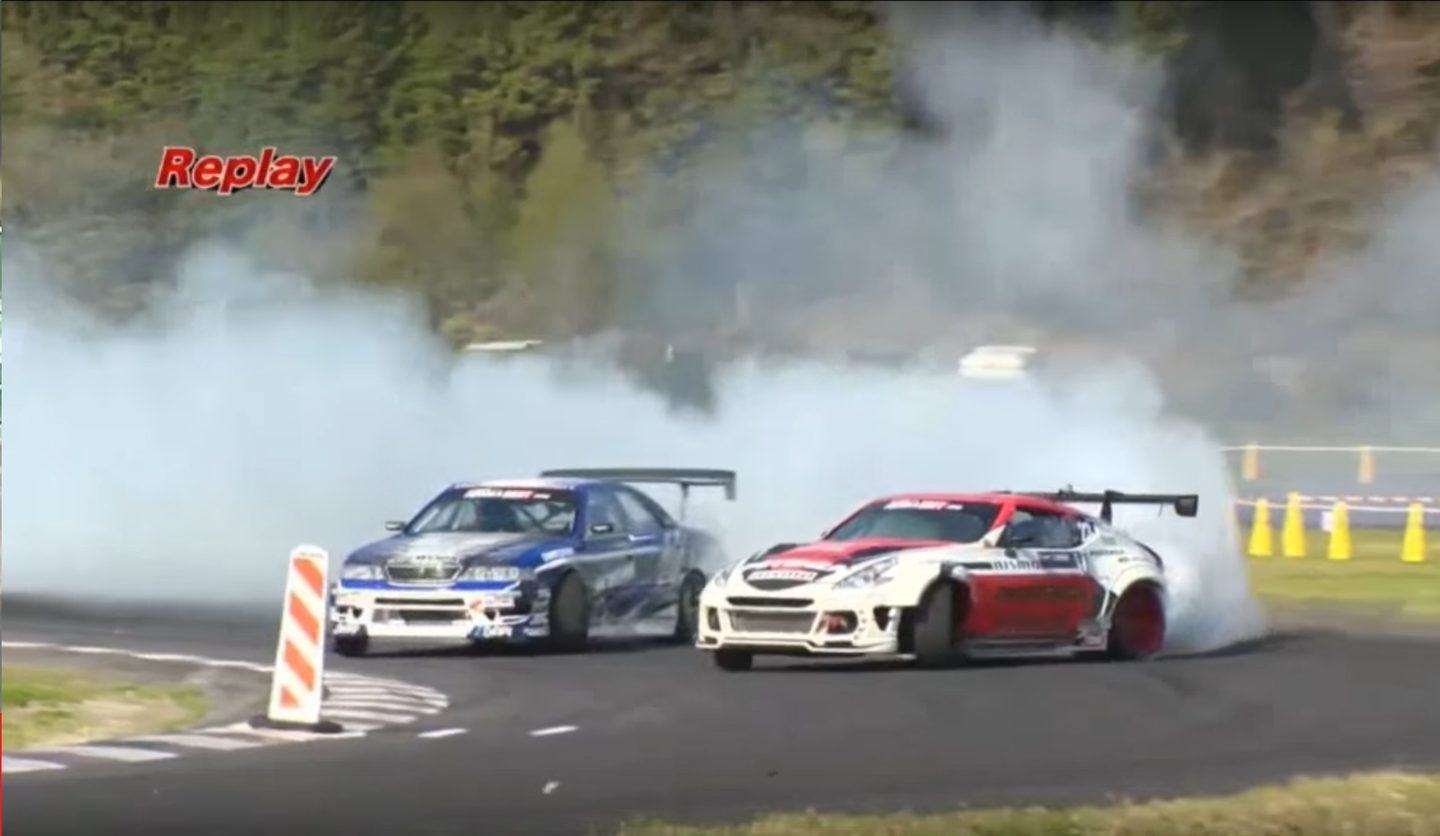 Formula Drift returned to Japan at the Suzuka Twin Circuit and the official Formula Drift YouTube channel shared a rerun of the full Top 16 battles. Check out the crazy runs in the video below:

Just like Formula Drift in the United States, the drivers are judged based on angle, speed, and proximity to the inner and outer clip indicators. Extra points are given to those that get close enough to give the wall a light slap.

But what's very different about Formula Drift in Japan compared to the U.S. are the cars themselves – the Top 5 qualifiers at Formula Drift Japan consisted of a JZX100 Chaser, Mark II, and S15 Silvias (sadly, none of which are available here). And while most Formula D competitors in the States prefer the Chevy small-block for its reliability and its accessibility to parts from the local AutoZone, the Japanese prefer their 2JZ and SR20 engines for similar reasons back at their Up Garage and Super Autobacs.

Earlier this week, we also shared a dope video of the legendary Running Free AE86 drift team having fun at Nikko Circuit as well as Hiroshi Takahashi attacking the Gunsai Touge. Drifting was different in the '90s and Running Free's new video allows us to compare drifting back in the day compared to the competitive drifting in Formula Drift we see now.

Be sure to also check out the Formula Drift Top 5 Qualifiers highlight via YouTube drift channel Network A below: