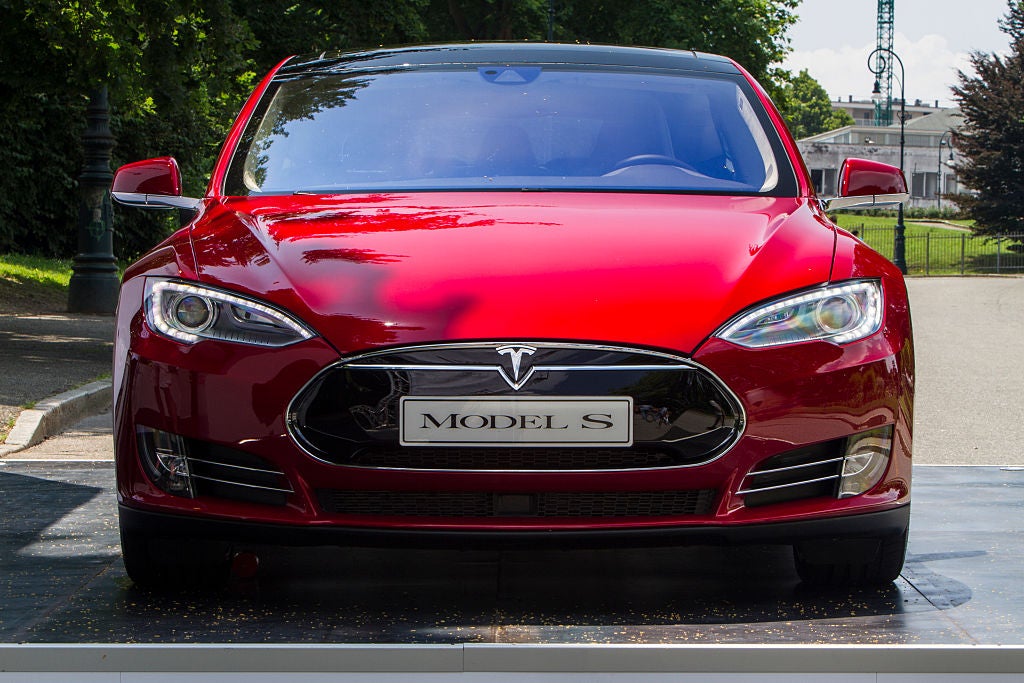 Since April Fool's Day, Tesla's stock has breached $300 a share and continues to hover in that vicinity, causing a market capitalization of around $48 billion. Headline writers breathlessly proclaimed that Tesla is worth more than Ford Motor Company. A few days later, another uptick in the stock market caused Tesla's market cap to briefly exceed that of

We all know the magic that Tesla's Elon Musk can conjure. He has singlehandedly (along with his team of around 30,000 engineers, assemblers, product specialists, etc.) moved further toward car-maker legitimacy than any privateer has ever gone. He is a key figure in shaping government emissions reform and motivating stubborn OEMs to allocate resources on EV technology.

But despite the exuberance behind Tesla's lead on solar and battery technology, we're calling serious bullshit on the relative valuation of Tesla versus two companies that together have sold around 860 million cars over a combined 223 years of production. Tesla, on the other hand, has been making cars for less than a decade, and sold exactly 22,252 cars in the fourth quarter of 2016.

So let's do the numbers. Tesla's valuation is more or less $48 billion. Divide that by every Tesla sold in Q4, and divide that by 4: You get an annualized value of $539,277 per Tesla sold. That's a lot of car.

Now, GM has a valuation of $50 billion, more or less, and they sold 2.78 million vehicles in the same quarter. Using the same calculation we used on Tesla, we arrive at a value of just $4,496 for every GM car.

You can easily make the argument that Elon Musk is the Edison of our time. He is a tireless genius who is bringing light to a darkened industry at a crucial moment in our civilization's history. He is actually disrupting an industry that hasn't fundamentally changed since the industrial revolution that gave it life. But as the saying goes: cars are hard. And the institutional knowledge alone possessed by GM is nearly priceless. It has both failed miserably and succeeded wildly more than just about every corporation ever formed.

Tesla, for all its energy and insight, is still just a startup.

Forced out of the executive suite by the Obama administration, Wagoner lands in a board seat at ChargePoint.