Would You Ever Buy A New Car?

The average new car is nearly $33,000. But hey! Who wants the debt or the depreciation? 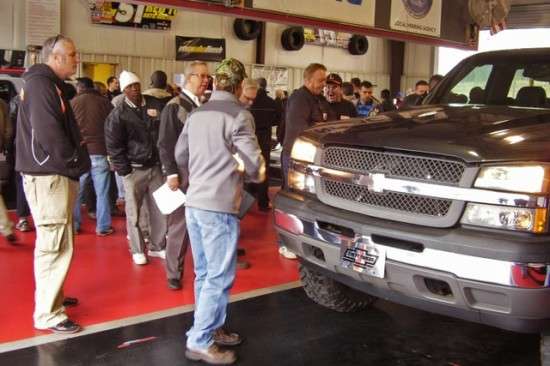 I work in the automotive version of a candy store.

The dealer auctions liquidate the equivalent of twelve million tons of metal every year. That car you lease or trade-in? It usually winds up here along with a not so small army of repos, rental vehicles, and program cars that businesses use for their daily operations. From pickup trucks and full-sized vans that do the hauling of cargo and travelers, to bare bones four-door sedans that take care of nearly everything else.

The unpopular cars and trucks at these auctions are cheap, but the popular ones? Surprisingly, they're not so much of a bargain since everyone wants to buy them. These days I can't buy a full-sized crew-cab truck with leather and a diesel engine to save my ass from first base. But a ten year old domestic compact with cloth seats? Only the really good ones ever break $3000, and even then, it's hard as hell to sell them. No car dealer or wholesaler wants to buy an unsellable car because those just sit and molderize as the months go by.

I did buy a new car once. It was a red 1994 Toyota Camry LE coupe with a sunroof, four-cylinder, and the finest plastic wheel covers that could ever be marketed on a $20,000 car. This 1990s version of a loaded car is equivalent to a modern day base car. Truth be told, if I had never become an auto auctioneer, I would have kept it as my cherished chariot for as long as humanly possible.

As it was I drove it for 12 years and 235,000 miles before selling it with a brick-sized list of maintenance records for $2500. 11 years later it's still on the road with over 350,000 miles on it. In fact, someone apparently rolled back the miles to 150,000 from 350,000 miles. That Toyota would have likely been paired with a 1st gen Miata and that would have ended all my car buying for most of my lifetime.

But I became a 'car guy' and after thousands of vehicles that have been bought, sold, fixed, financed, and auctioned off, I'm still at it. The used car world is my world. But what about you?

Would you ever buy a new car?