Lay off the throttle, Cadillac, the inspiration machine is just grinding metal at this point. 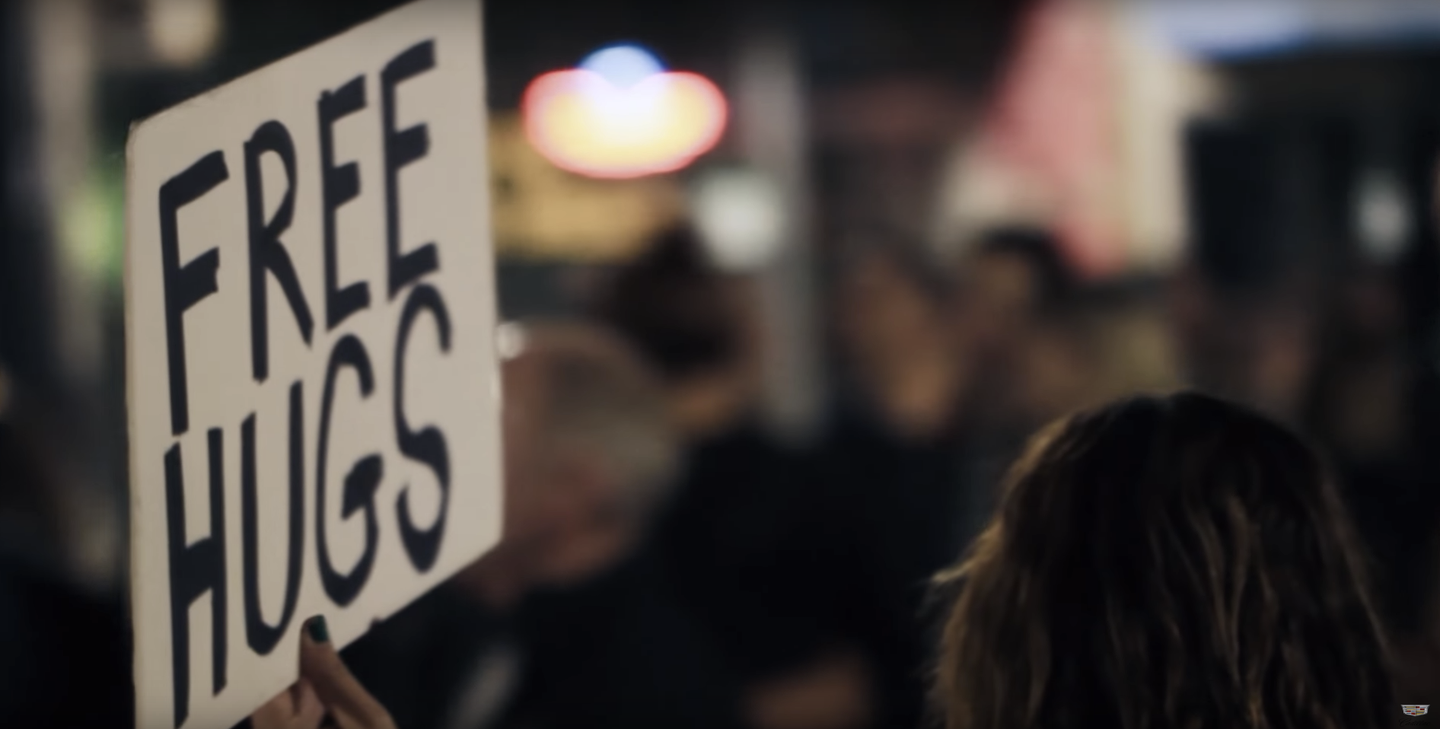 You know what the difference between Chrysler's first "Imported From Detroit" Super Bowl commercial with Eminem, in 2011, and the second one with Clint Eastwood a year later? They were both designed to boost a brand and sell cars, but the first commercial's raw impact seemingly came out of nowhere while the people who made the second commercial were keenly aware of the success of the first. And so, they tried to up the stakes for version two with a bigger celebrity, and grander message, and a built-in catchphrase. It was classic sequel-itis, and the 2012 version came across as a cynical attempt to reignite the goodwill engendered by the first.

This commercial from Cadillac, set to run during the 89th annual Academy Awards being telecast this Sunday, doesn't have a predecessor, but it does smack of the same opportunistic cynicism. Footage of soldiers carrying wounded comrades, handicapped athletes, Hurricane Katrina rescues, immigrant families gazing at the historic New York City skyline ... what does this have to do with Cadillac, exactly? At least shots of icons like Muhammad Ali and Dwight D. Eisenhower at least put them in the context of the brand (polishing and riding in a Cadillac, respectively).

"But maybe what we carry," the voiceover intones, "isn't just people, it's an idea—that while we're not the same, we can be one, and all it takes, is the willingness to dare."

Aaaaaaaaaand ... there's your hashtag (#daregreatly). The faux-inspirational hashtag is the moment where the whole thing glimmers and you can see the lizardy rictus of crass commercialism behind the benevolent veneer; it actually reminds me of this Bill Hicks bit about the perfect commercial, swapping out sex for Kumbaya, only more cynical.

Look, this is actually a message I believe in, but don't use it to try to sell me a car. This saccharine, ham-handed, contemptuous drivel is the equivalent of a guy trying to get laid at a bar taking the brave stance that child sex-trafficking is wrong, damn it, and he doesn't care who knows his thoughts on the subject.

I'm as fatigued as the next guy with the political division in this country, but come on, Cadillac, don't make me hate national unity just as much.