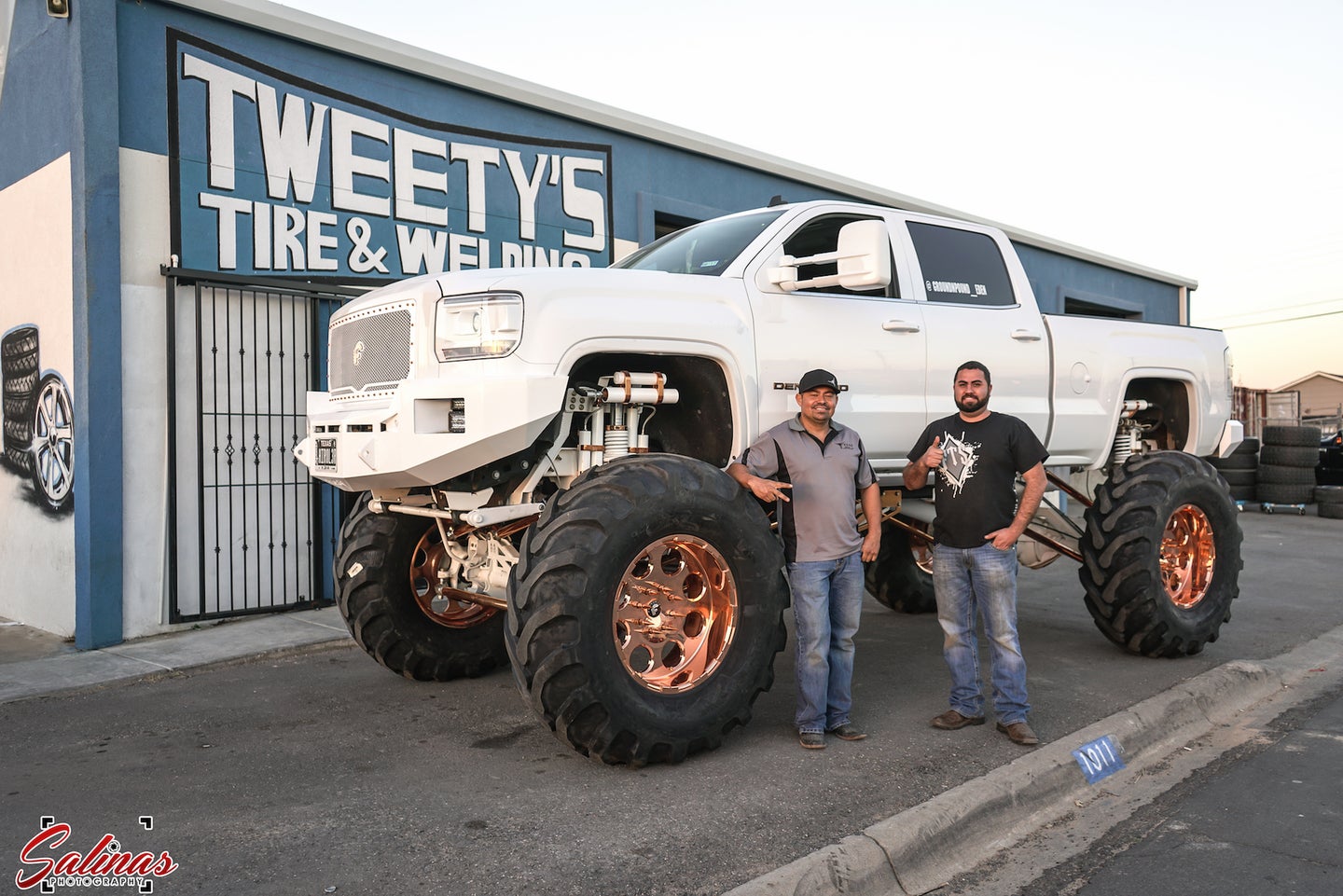 Lifted truck haters exercise their internet muscles on a consistent basis. Every day, these keyboard cowboys work their thumbs to the nubs typing bitter sentence fragments and outdated hashtags about vehicles they could never own. Are some of these lifted trucks with their pretty undercarriages and stretched tires worthy of a bit of ridicule and mockery? Perhaps. However, if the truck is built to the owner's desires does it even matter?

One of the most popular Denali HD's on the planet belongs to Eden Gonzalez of Texas Pipeline Construction. As mentioned in previous posts, he has a respectable stable of rigs to select from depending on the occasion. Mud bogging? No problem. Car shows? Got that covered. His breadwinner is called the HIGHROLLER and has seen a couple renditions in its tenure.

As much as lifted truck owners struggle to ignore the hateful comments, at some point, enough is enough. Thankfully, when you have a little extra cash in your pocket, you can have a little fun with those that have so much to say on social media. Thus, the third rendition of Eden's HIGHROLLER Denali HD with its 54-inch tires was born.

As you can see in the video from Salinas Photography, Eden entrusted Tweety's Tire & Welding of Midland, Texas to beef up the drivetrain in preparation for the massive mud tires. Is it street legal? No, but at this point who cares?!

The only question left unanswered is exactly how Eden plans to physically get into the vehicle. Perhaps a rose gold ladder?