And European owners may ask: What are we, chopped liver? 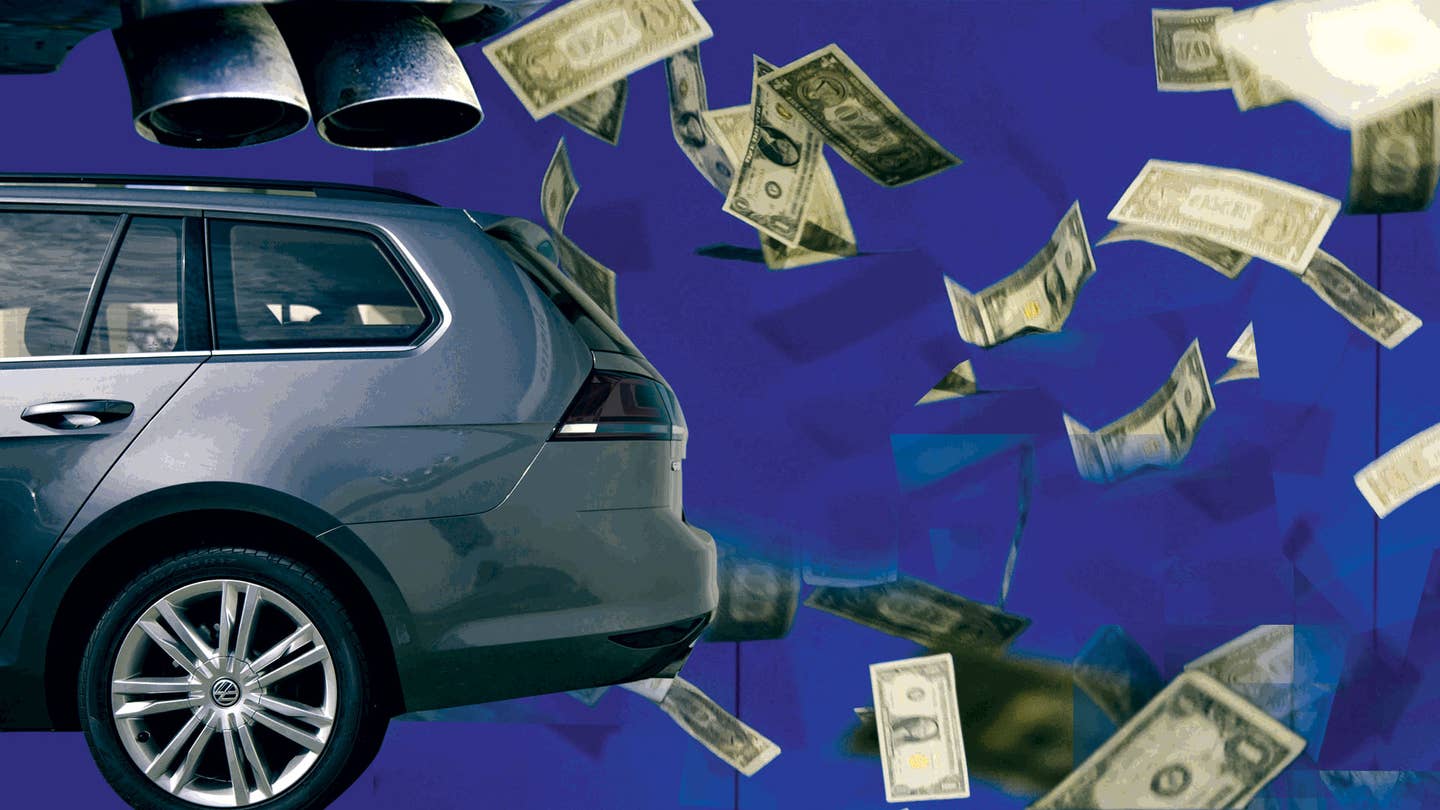 Volkswagen diesel owners had been spewing pollution, however unwittingly. Now they might be spraying champagne. VW has offered to not merely buy back the diesel models it intentionally designed to fake out emissions tests, but to stuff an additional $5,000 to $10,000 in owners’ pockets.

From our seat, that looks like a lottery win, a windfall with nary a whiff of diesel smog. Forget about lowballing the 475,000 owners of affected 2.0-liter VW and Audi TDI diesel models. If anything, the generosity of the proposed Dieselgate settlement shows the company is determined to start the healing, no matter the scars to stockholders and the bottom line. At $14.7 billion, VW’s financial penance isn’t far from BP’s $20 billion dry-cleaning bill for tripping and spilling oil all over the Gulf of Mexico in 2010. (In addition to $10 billion for customers, VW will pay $2.7 billion into an environmental remediation fund, and $2 billion to spur electric-car development, a bit of sooty black humor for a company that publicly bet on diesel while often scoffing at cars with plugs).

Customers can still choose to have VW repair their cars—if and when a judge and regulators sign off on an appropriate remedy—and rake in a cash payout for their trouble. VW spokesman Mark Gillies confirmed that the deal is cash, no strings attached, not some kind of credit toward the purchase of another VW. Even people who already sold their TDI’s post-scandal will receive some lesser compensation.

Emmitt Joe George, among the friends who I steered into a TDI, started spending mental money when I called to tell him VW would buy back his 2011 Jetta TDI Sport Wagon and throw in up to $5,800 more. He’d walk away with nearly $20,400. This, for a Jetta that’s going on six years old, for which Joe paid about $26,000.

“I could trade the Jetta in, take the money and buy a GTI,” George said, anticipating my advice exactly – and one that VW would surely second. “Hell, I could take a vacation, smoke it up and go to Mexico,” with VW footing the bill. George and his wife Margaret are also closing on a new home in Jersey City, another obvious landing spot for their dirty-diesel lucre.

Part of the largesse is that VW will buy back cars as though the scandal never happened, turning back the clock to what cars were worth just before the scandal broke, based on NADA Used Car Guide’s Clean Trade estimates from September 2016. In other words, TDI owners have already driven their cars for nine months with zero depreciation -- and potentially far longer, since VW has until December 2018 to wrap up the buyback program. For newer models especially, you’re talking a solid $4,000 or $5,000 a year in depreciation, money that VW will now swallow whole.

With all respect to VW’s betrayed owners and our slow-cooking planet, the settlement’s breathtaking scope suggests that VW’s punishment is still more about lying, covering up and daring to defraud the government than for choking the atmosphere. The environmental damages from BP’s big whoopsie in the Gulf were as visible and visceral as a seabird drenched in crude, the societal costs easy to calculate. In contrast, the surplus emissions from a relative handful of VW diesels – 475,000 in a nation of 253 million cars and trucks – are so negligible as to constitute a rounding error.

In the same vein, put on a tort defender’s hat, and one might one argue that VW owners haven’t suffered the damages to justify such a payday. Sure, they’ll deal with the time and hassle of a dealer repair or shopping for a new car, but is that hassle really worth $5,000 to $10,000? If VW is already offering the trade-in deal of a lifetime, what’s the extra money for? Mental anguish?

Over drinks last night in suburban Detroit, a friend and diesel fan wondered the same thing. “So diesel made your car go faster and get better mileage,” he quipped. “People loved those cars.”

VW is clearly making a goodwill payment, bribing customers in the hope that they will kiss and make up with a new VW, gasoline-powered of course. I’ve long argued that making customers truly happy was the smartest long-term strategy. A stingy offer could only alienate them, drag the scandal on and make loyalists flee the brand forever.

Yet there may be one problem with that German-based generosity, or 10.5 million problems: That’s the number of owners, the majority in Europe, who are still driving cheating diesels with software defeat devices.

Writing in The Drive, Paul Eisenstein repeated a quote from the European Union’s industry commissioner. Elzbieta Bienkowska told a German newspaper that "Volkswagen should voluntarily pay European car owners compensation that is comparable with that which they will pay US consumers."

Watch the dominos fall. If payment is remotely comparable, it could send even a global giant like VW tumbling down the beanstalk into bankruptcy. Extrapolate the same payout for TDI’s in America – 475,000 cars and $10 billion in compensation – to the remaining 10.5 million diesels around the world, and VW’s exposure would be north of $200 billion, a staggering sum. Which means VW may have no intention of offering European customers an identical deal. Better, perhaps, to fight to the death.

Even taking an incredibly generous view, that VW will spend only as much in Europe as it did in America, you’re looking at maybe $30 billion to wash the international stench off its hands. I’d love to be at the next VW shareholders meeting, but dressed in Gallagher-style trash bags to avoid getting splattered.

VW spokesman Gillies suggested that the European situation may be completely different, in part because no buyback plan has been floated. Yet.

For VW, the timing perhaps couldn’t be worse. Between Europeans looking aghast at Donald Trump’s presidential bid, and Americans actually paying attention to the Brexit and goings-on in the EU, the two-way periscope across the Atlantic hasn’t been clearer in years. European drivers, governments and bureaucrats, if they’re not feeling aggrieved already, will see American counterparts celebrating an unprecedented windfall, buying brand-new cars or taking exotic vacations -- hey, maybe in a reeling EU -- on VW’s thinning dime. If VW thinks some free alloy wheels or car-wash coupons will make those owners settle rather than pull guillotines out of storage, I’ve got a beat-up TDI to sell them.