The Volvo S90 is the first car in the United States to make semi-autonomous technology standard. But the tech doesn’t stop there; the Volvo S90 introduces a world-first safety technology to keep both animals and people safe. 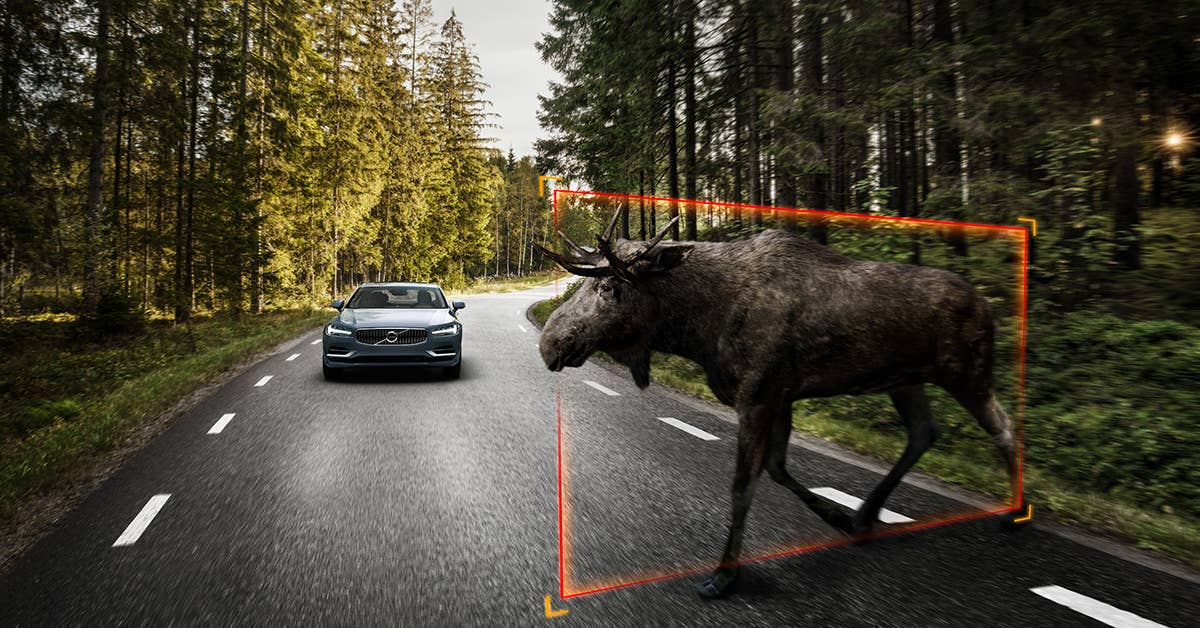 Share
The Foundry at Time Inc.View the foundry at time inc.'s Articles

In 2008, Volvo established Vision 2020, which has the stated goal that starting with the year 2020, no one should be killed or seriously injured in a new Volvo. “Each new car is built using the knowledge gained from its predecessors—we call this process of continuous refinement and improvement the Circle of Life,” says Thomas Broberg, director of Safety Strategy & Requirements at Volvo Cars. With the new S90, this knowledge sees huge strides including semi-autonomous technology coming standard with each vehicle and world-first safety technology that keeps animals and people safe.

See three ways this technology looks out for you in the new S90.

The S90’s semi-autonomous driving function makes driving safer and more relaxing on the highway. When activated, the car’s Pilot Assist system can accelerate, brake, and even steer at speeds up to 80 mph. Your hand may be on the wheel, but the car is doing the work. You’re not off the hook if there is something unusual in the road—you’ll have to apply steering to avoid certain situations. But while Pilot Assist doesn’t allow you to completely “check out” when driving, it provides enough support to take the stress out of a stop-and-go commute.

The Volvo S90’s standard collision avoidance package features a radar/camera unit that will detect all manner of urban hazards, from speeding cyclists to preoccupied pedestrians. But its benefits extend well beyond the big city by helping drivers sidestep wildlife such as deer, elk, and other large animals. It’s a world-first technology that is designed to reduce the nearly 1 million deer accidents per year. Here’s how it works: A radar scan is constantly on the alert and relies on the camera to judge whether an object is an issue the driver needs to deal with. The system sounds an initial warning, and if the driver fails to react, the car will automatically brake to avoid or mitigate a potential collision. If an impact is imminent and the car is traveling faster than 18 mph, the system will batten down the hatches and tighten the front seat belts for added protection.

Single-vehicle accidents can result from things like driver fatigue or poor weather conditions that cause the vehicle to leave the road. To help shield occupants from the potentially dangerous effects of these occurrences, the Volvo S90 comes equipped with an advanced sensor system specifically designed to detect potential run-off road scenario. If a dangerous situation occurs—and the car is traveling at a speed between 40 and 86 mph—additional braking and steering support automatically kicks in. If going off course becomes unavoidable, energy-absorbing structures built into front seats can cushion the blow of a potentially hard vertical landing.

Battle the Elements with the S90

Volvos can be found everywhere from the snowy plains of northern Sweden to the hot stretches of South Africa. That means the S90 must handle all types of climates and conditions. Here are five S90 features that help you withstand any weather.

A Second Set of Eyes

The Volvo’s IntelliSafe suite of collision avoidance technology keeps you and others safe on the road—and makes getting behind the wheel more fun. See how it is looking out for you.

The Volvo S90: Where Safety Meets Your Smartphone

Checking your phone while driving is dangerous, but with Apple CarPlay the Volvo S90 keeps you safely connected.