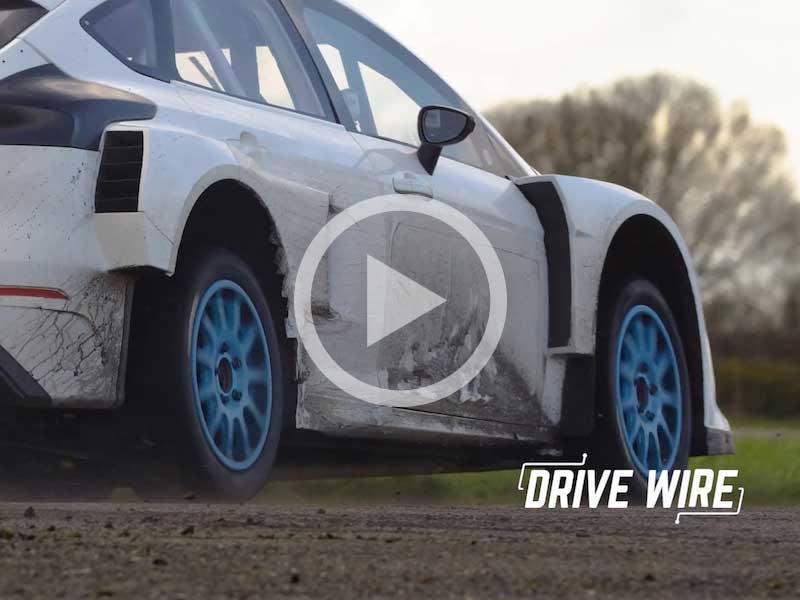 What’s up guys, it’s Marisa Hunter and this is Drive Wire for Friday, June 10.

Starting the day with a nice surprise from Tesla, the company is bringing back the previously cancelled S60 model sedan. The last iteration of the 60 sold for $70,000. However, this improved rendition will sell for $66,000, and have a 75 kilowatt-hour battery instead of the old model’s 60. That will give the S60 around 200 miles of range in normal use. To add to the bargain, an all-wheel drive model, the S60D, is available, and all models will come with autopilot hardware, plus access to Tesla’s supercharger network. Heck of a deal, relatively speaking.

In other electric car news, Los Angeles has settled on the BMW i3 as their non-emergency police vehicle. The city has ordered a hundred of the husky little German EV’s, citing their cost efficiency over the competing Tesla Model S. Since the i3 will be used mostly in officer transport and community outreach, absolute performance wasn’t really a factor. We look forward to seeing these issuing a parking ticket near you.

Ford has finally decided to add some muscle to their popular Fusion sedan. The new Fusion will come with 325 horsepower and 380 foot pounds of torque. This is, frankly, delightful, especially because the new fusion sport will sticker at just over $34,000. That’s a seriously great performance deal, even if it only handles moderately well. That power will come from a 2.7 liter twin-turbo V6, go through a six-speed auto and drive all four wheels. Will it drive like an Audi S4? Probably not, but it’s still a heck of a lot better than the original Fusion.

Today’s gear features a roll-out kitchen for your truck. The Scout Overland features everything you need for picnic overkill, from a two-burner stove to anti-microbial cooking surfaces to, yes, a sink. A kitchen sink. Yes, you’ll lose all the trunk space in your SUV, but at least you’ll be able to cook a filet mignon on the side of the road. Check it out at scoutequipment.com.

In today’s ridiculous video, we follow along Drive Wire favorite Ken Block as he gets acquainted with his brand new Ford RS RX rally car. As made clear in the video, Ken Block doesn’t believe in putting a thousand miles on a car before hammering down. We are definitely excited to see this debut in another one of our ridiculous videos some time soon.

Jag’s XKSS, Mercedes electric models, Skodas in America, a smart camera, and video of the Isle of Man record.

A GT-R price bump, bad news for Model 3 owners, the new M5, a smart parking sensor, and unicycling in the desert.