I Write About Cars, But That Doesn’t Mean I Want to Own One

Even though I currently own two. 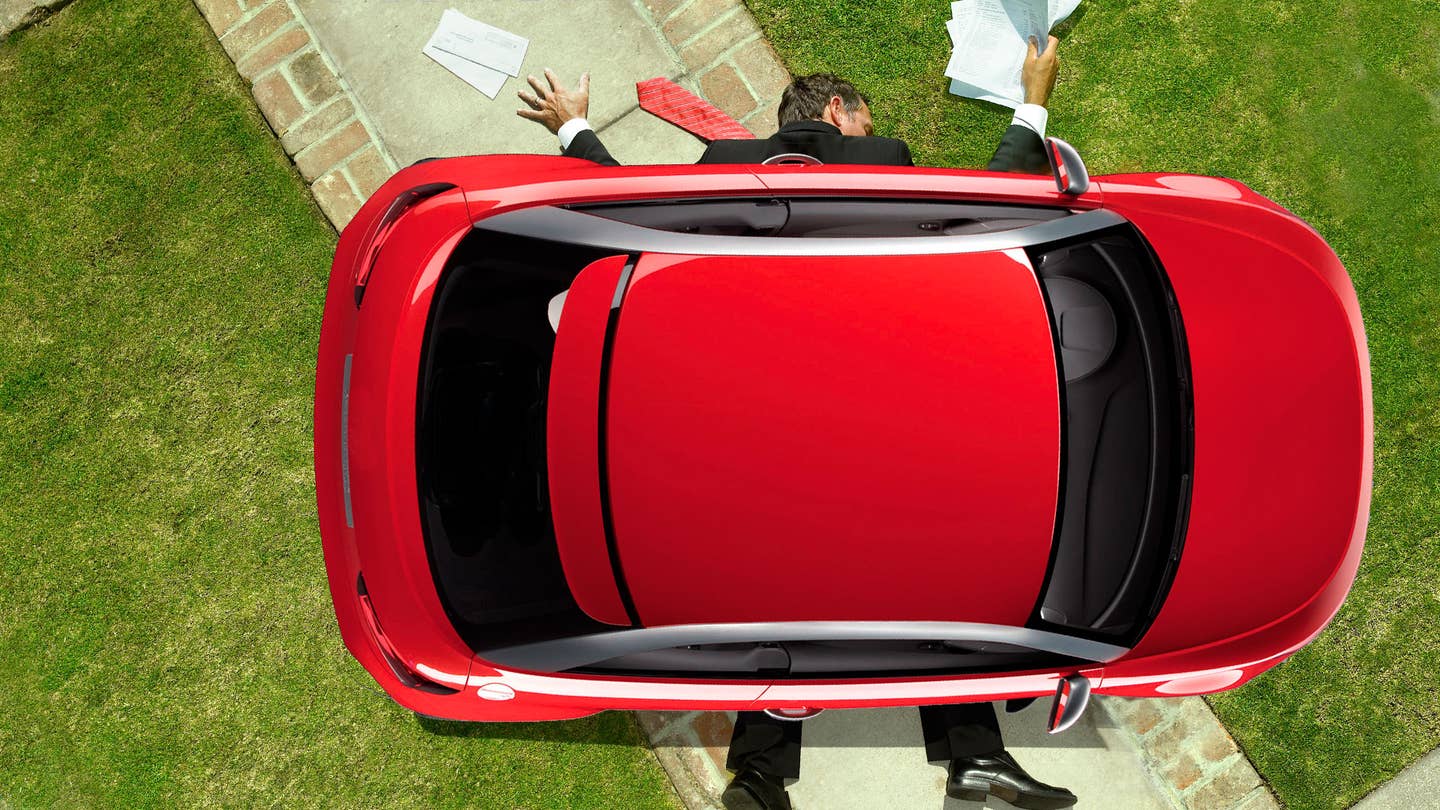 Many years ago, when the world was young, I didn’t own a car, and I was very happy.

I lived in Chicago, working as a newspaper reporter. In some ways, having a car would have made my life more convenient. The car-free life, at least back in the 90s, still had its inconveniences and stresses. When I needed to attend a press conference at City Hall, I had to leave the house an hour and a half before it started. I always factored in plenty of time in case of train delays, or to accommodate six blocks of walking on either end of the commute. Bundled up tighter than Ralphie’s brother in A Christmas Story, I trudged to work down endless icy city blocks through weather that would make a Norseman weep. There were also plenty of overlong, 2:00 AM Saturday L platform waits, dinners that I almost missed because the bus didn’t show on time, and lots of annoying ride-cadging that put a strain on already shaky friendships.

And yet I didn’t miss owning a car at all. There were no payments. I didn’t have to worry anything other than very basic liability insurance. Because I didn’t drive, I had zero chance of being at fault in an accident. I rode my bike at least 50 miles a week, which more than canceled out all the beer I drank. On a summer Thursday afternoon, I could lock up the bike in front of Wrigley Field, take in a ballgame, and still be home in time for takeout. I never had to deal with a mechanic. My driver’s license was basically something to show to the doorman at Lounge Ax. It was a great life for a white boy in America, and it was the exact opposite of the way my life is now.

My current existence is basically a garbage salad, except that cars are the lettuce, and this metaphor is strained. As an automotive journalist, I’m a member of the world’s oldest profession. I have nearly unlimited access to the finest vehicles—Audis, Cadillacs, Lexii, Bentleys, BMW’s, Porsches, and Rollseses—all delivered brand-new to my doorstep, with full tanks of gas, completely insured for everything except speeding tickets. I’ve driven on multiple Formula One racetracks, and on many of the world’s most glamorous coastal roads. By all standards, I have more car privilege than almost anyone else alive. Some weeks, I drive 1,000 miles, and I’m not even on a road trip or a commuter highway. Of course I love driving under these ideal, rock-star circumstances. It’s quite delightful, and the shrimp is always free. But cars are still a drag.

Away from the romantic fantasy that the car companies assiduously weave for me and my fellow shills, there’s a dark, creeping automotive reality. I own two vehicles, and I still make payments on one, so creditors lurk. There’s maintenance to consider, and insurance, not to mention the ever-present danger of heaving a 4,000-pound bomb into difficult situations every time I leave the house. The main highway in my town is so plagued by people throwing rocks off the overpasses that the city government has had to issue public-health warnings. They’ve also launched an investigation into an epidemic of pedestrian deaths. Every week, there’s another story of a toddler run down by a hit-and-run pickup truck. The city asks: What could be causing these deaths? Unless you want to blame babies, or parents, or God, there’s only one answer: Duh, it’s cars!

So beyond the fact that I unjustly get invited to Spain to drive the coolest machines, do cars actually add anything to my life?

Well, they provide freedom and privacy, or at least the illusion thereof, and relative comfort. No one’s ever exposed their privates to me in a car—at least, not without my permission—and I never have to deal with questionable street performers barging into the vehicle, asking for “a minute of your time.” There’s no manspreading in a Volvo, at least not in the front seat.

Therefore, let it be resolved: I’m not against cars. They’re fast and fun and the tech is interesting and the leather smells good when they’re new. Nor am I against driving them, though I think we should all drive less. I’m against owning them. My life in my 20s wasn’t car-free. I still took cabs and cruised around with friends. But I did experience the freedom from the burden of owning a large thing, a thing that could break, that could rust, and that could kill.

If you’re rich enough to lease whatever you want or buy a vintage Ferrari to impress your friends at Pebble Beach, I understand. Owning cars also makes sense if you simply love to drive as a hobby or are a weekend racer or just enjoy tinkering on old things or are a professional baseball player or have a fetish of running over old people in parking lots. If you’re an automotive journalist who gets a free Mercedes every Wednesday, it definitely makes sense. It’s easy to advocate buying a car when you don’t have to do it yourself. But for the vast majority of people, cars are, at best, a modest convenience. At worst, they’re a two-ton weight, an ominous debt harbinger, and a constant death threat.

I live in Texas now, against my will, so an auto-ownership-free life is basically impossible. Yet there are signs that car fever will maybe break someday. We’ll only have more ride sharing, not less; more automation, not less; more solar-powered electric beeping and booping and maybe even more trains. If I survive intact into my 60s (no guarantee) I’m pretty confident that I’ll be living in a world where it will be at least semi-convenient to not own a car if you don’t want one. Society is moving in that direction, even if that change sometimes seems slower than rush hour on I-75 in Georgia.

Of course, if I really wanted to dump my cars, I could always move back to Chicago, but that’s not really an option right now.

Have you ever been there in the winter?