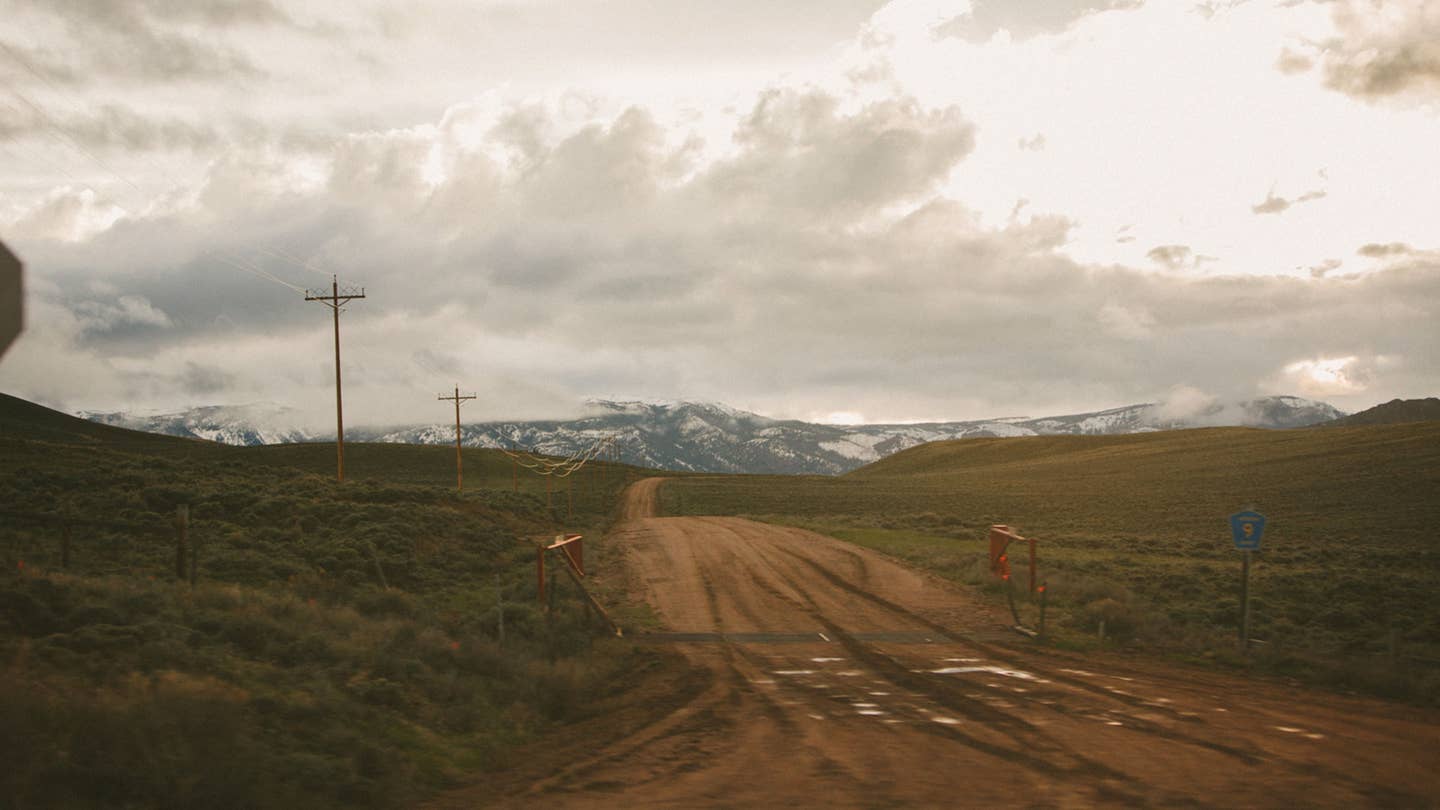 The weather was foul for hours.

The Rockies boast a fathomless blue sky this time of year, caught half in spring, still half in winter, but it vanished around noon. A thick mist wandered into the pines, first erasing the crisp white peaks on the horizon, then everything in between. Then came the rain and the thunder. Kiddo and I watched a sopping momma hawk huddle on a branch a few feet from our window, her grey feathers a manifestation of the low and booming clouds around her.

All that rain. It turned the ground to soup and the soft road up the mountain to a mire. The forecast called for worse; a quick-moving cold front promised to drop temperatures into the twenties, shift all that rain and fog into snow and ice. So when Beth and Brandon returned from the second day of their wilderness first aid class, we made a call: get gone while we could. It was pushing five in the afternoon.

Any time past three, we aim to stay in one spot to give our daughter some semblance of an evening routine. Playtime, dinnertime, bedtime. It keeps us from driving into the night, too. From skipping dinner, from fumbling for a campsite or coursing in the dark over seldom-covered roads. It keeps from adding more stress to days that need no help being stressful.

But I wasn’t about to spend another night scraping snow off the roof, and more weather meant the road out could be impassable by morning—at least in Brandon and Leigh’s two-wheel-drive Westfalia.

So we broke camp in a cold and miserable downpour, mud sticking to anything within three feet of the ground, our clothes soaked through. Leigh made a quick dinner of sandwiches; we loaded up and headed out. Worked our way down to the main road and followed the curled spine of the Poudre River as it bent and twisted its way up the mountain pass.

If I had any reservations about leaving our sopping spot at 8,700 feet, they vanished within an hour as we drove west. We met the face of that cold front, the fat raindrops turning to heavy snow as we climbed, erasing the brutal, grey stone valley around us.

The summit was still buried with winter snow, and the extra elevation only served to stoke the storm. Slush gathered on our windshields as our wipers fought the good fight. When we finally made it off the mountain, the weather slacked just long enough to give us a show, the setting sun dousing the world in perfect light.

The land outside of Walden, Colorado looks plucked from the heart of Scandinavia. Creeks run wide and fast with clear snowmelt through the black soil of green fields. Moose, skinny from the cold months, stand in their middle and fill their bellies. The Rockies sit on the edge of it all, impossibly abrupt to someone accustomed to the sweeter hills of Appalachia.

The sunset falls on the grass in bright flares, splashes the snowy ridges ahead of us orange and red before vanishing again at the whim of the clouds. We drive into darkness and find rain there, again. Our route takes us south, towards I-70, across 30 miles of the smoothest, fastest dirt road I’ve ever seen. It’s the first time I’ve had an excuse to fire up the auxiliary lights, a massive set of IPF halogen jobs courtesy of ARB. They were mounted in the grille once, but blocked enough airflow to cause the truck’s coolant temp to climb even on the mildest of days. I moved them outboard, where they sit like Mickey Mouse ears and threaten to grab every low hanging branch in our path. I’ve nearly disposed of them a hundred times.

I’m glad I didn’t. They run a standard H4 bulb with high- and low beams. The low beams are brighter than the notoriously poor high beams on the old Dodge; the high beams banish the night, the pattern reaching wide out over the scrub brush fields and hills around us. I park the speedometer at 50 and roll, slowing only when I see the ember glow of eyes on the shoulder—a pack of deer frozen in the brush. The rain falls in sheets. Crawling weather, if not for those goofy lights.

It’s a six-hour haul to Grand Junction. Down out of the mountains and onto the western slope. The temperature climbs, the sky clears, and we find a friendly driveway by midnight. We’re all tired. Worn through but whole, safe from the pounding snow of the Rockies.