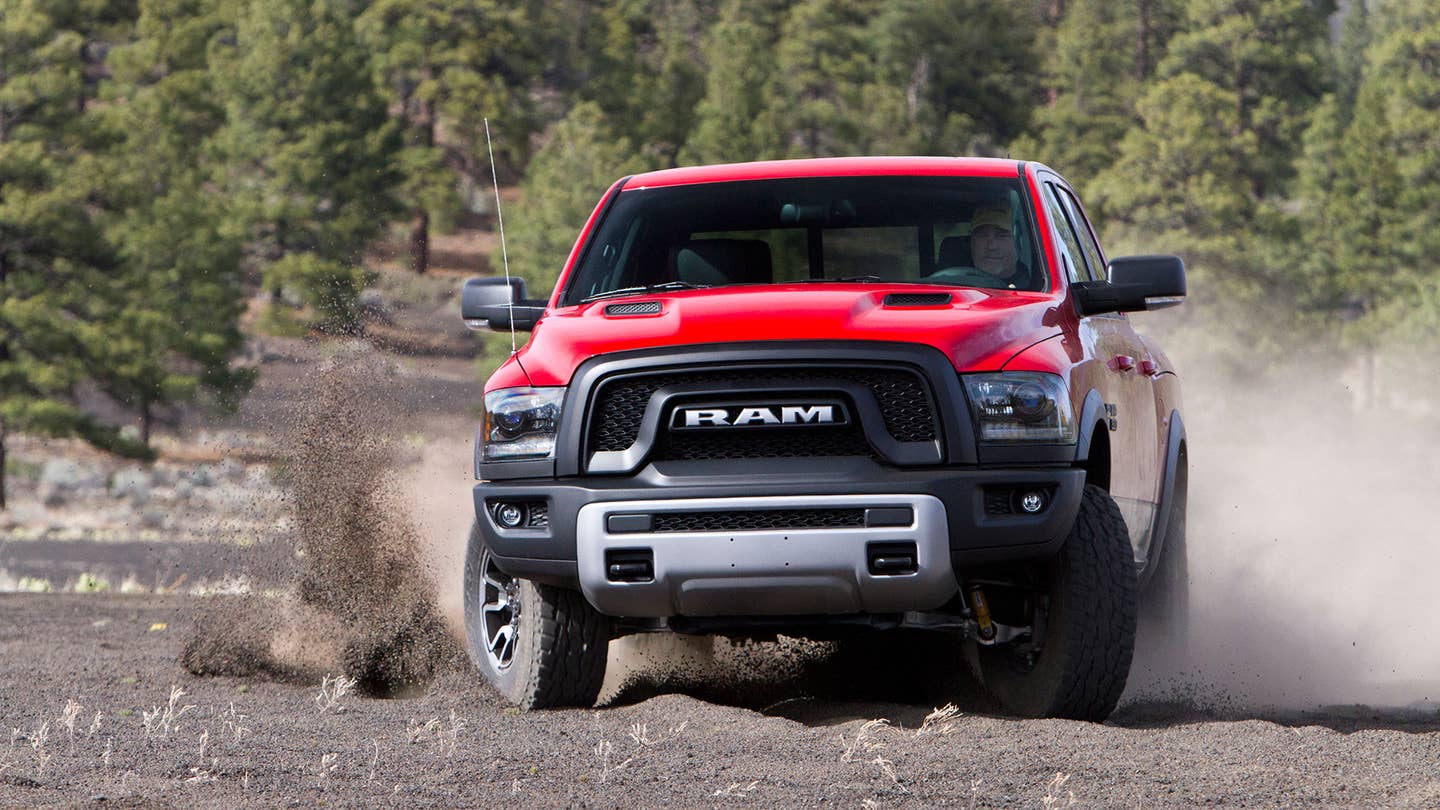 The Dodge Dart was a Dodge Dud. The Chrysler 200 never caught on, despite its handsome styling. With both lame-duck sedans being phased out, lackluster sales will now force layoff of 1,300 workers at the Sterling Heights Assembly Plant. Some will accuse Chrysler of declaring surrender in family cars. Chrysler calls it smart strategy, cutting losses while it can.

Credit (or blame) America’s steamy love affair with pickups, SUVs and crossovers for Chrysler’s first major layoff since its bankruptcy and rebirth as Fiat Chrysler Automobiles. The company had invested more than $1 billion in Sterling Heights to produce the 200; can you say "oops" in Italian? But FCA's backpedaling is another sign that our mental image of a car – four doors, a hood in front and a trunk in back – may have changed for good. Ask an eight-year-old to draw a “car” in 2025, maybe even today, and you may be looking at a Crayola-hued Honda CR-V.

Car sales have tumbled another 5.3 percent this year, even as light trucks have surged 11 percent, reports Automotive News. Traditional sedans are on the outs, and neither the Dart nor 200 cracked the code that allowed family cars like the Ford Fusion and Nissan Altima to vault into the upper tier of sales and critical plaudits.

Sergio Marchionne, chief executive of Fiat Chrysler, isn’t about to wait around for more bad news, not with five months worth of unsold 200’s piling up in showrooms. Sergio’s pint-sized Italian minicar, the Fiat 500, is doing even worse, with a 163-day supply gathering dust. (At least they don’t take up much space).

So Fiat Chrysler will continue to shift North American production to where the money is, to Ram pickups, Jeeps and SUVs of every size and stripe. Any junior-grade analyst can see that Chrysler badly needs a compact crossover in the mold of the top-selling CR-V. Sterling Heights Assembly – where my brother Kurt happens to work as a skilled-trades millwright, fortunately leaving him safe from layoff – is likely to add a new truck, possibly the 2018 Dodge Ram, to get multiple shifts rolling again. It's a plant where employees have become used to being on the chopping block, only to mount comeback after comeback. Chrysler once built Jupiter and Redstone missiles here for the Army. Volkswagen bought the joint around 1980 and prepared to bolt Jettas together here, then changed its mind and built them in Mexico instead. Three decades later shipping North American production and jobs to Mexico remains a controversial trend in affordable cars. Chrysler may well sing that south-of-the-border tune, freeing up space to build money-minting trucks here. My brother, a Chrysler lifer, has seen every midsize sedan come through here: Shadow and Sundance, Stratus and Cirrus, Sebring and 200. He sees the brave new world of SUVs as inevitable as well.

“I do think you need an entry-level car,” he says. “But all you see on the street is crossovers and SUVs. The midsize market is tight and profits are low. This will generate cash flow, and if you’re smart you take it and reinvest.”

The 200 and Dart aren’t going away for now. They can be nursed along through their life cycle, the way the larger 300 has soldiered on forever with mostly cosmetic changes. Marchionne continues to look for a dance partner, to take over building the 200 and Dart to fill a shrinking market niche.

To this former Detroiter, Chrysler’s move initially strikes me as the kind of blinkered, short-term thinking that led Chrysler (and GM) into bankruptcy in the first place: Americans can’t get enough of trucks. Ergo, Americans will never get enough of trucks. Then comes the inevitable fuel-price spike or change in tastes, and Detroit is caught with their Dockers around their ankles. And no one suffers like Chrysler, traditionally the most truck-obsessed of the Big Three.

Karl Brauer, senior analyst for Kelly Blue Book, acknowledges that “History would suggest they’re not learning from history. There’s risk involved, and if there’s an attitude shift back to cars, Chrysler is in trouble for the umpteenth time.”

Yet Brauer, like Marchionne, insists something is different this time. That the shift to light trucks is largely permanent; and with modern crossovers delivering close-enough fuel economy to cars, consumers won’t run screaming if pump prices soar.

“I really believe there won’t be a mass exodus from trucks and SUVs as there’s been so many times before,” he says.

Of course, Honda and Toyota seem to have no trouble selling traditional Accords and Camrys. Hyundai has managed to make the Sonata a legit player. But Brauer uses minivans as an analogy, the segment that once ruled suburbia, and that Chrysler invented. The minivan boom went bust, and Ford, GM and other automakers bailed for good. Like minivans, Brauer says, sedans aren’t going away, but the pie may become too small for everyone to enjoy a taste.

“Marchionne is thinking there are only so many midsize sedans this market can profitably sustain,” Brauer says.

Fine. But beyond Ram pickups and Jeeps, where does Fiat Chrysler find those profits? You can only sell so many Hellcats. Marchionne’s vision of selling 200,000 Alfa Romeos in America requires actually bringing Alfa Romeos to America. Fiat, no surprise, seems destined to be a cult brand. So shy of a sudden fad for La Dolce Vita, the cavalry must come in the form of Fiat platforms and powertrains, with Dodge-Chrysler-Jeep badges and crossover styling by Chrysler’s reliably talented designers. Think the Jeep Cherokee and Renegade. That Renegade crossover, built in Italy, is outselling Fiat's 500X version by five to one, albeit with exponentially more Jeep dealers.

If – as ever – you're left wondering where the Chrysler brand stands in all this, they've still got a minivan.