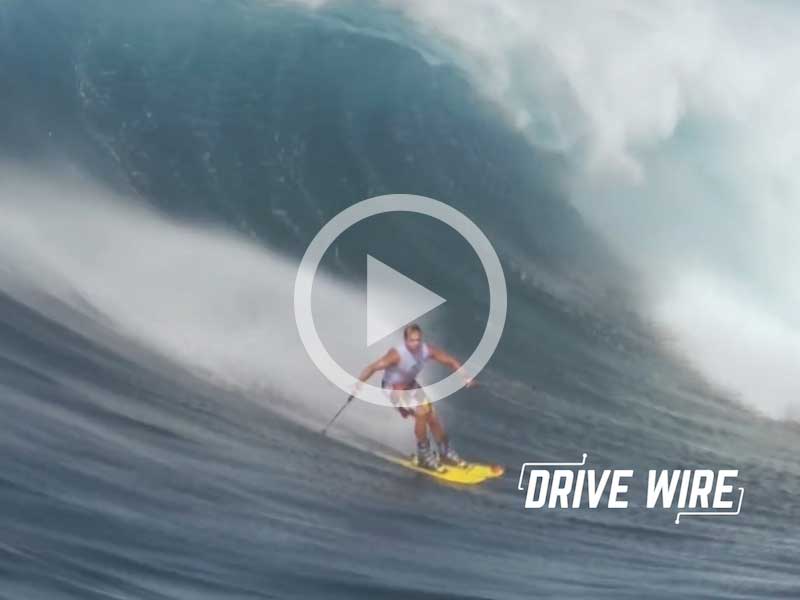 Hey guys! It's Christina Thompson and this is Drive Wire for Wednesday, February 24.

There's a new Bentley Mulsanne on the way and as you'd expect, it's an absolute masterpiece. This magnificent beast is assembled by 144 craftsmen in an intricate, elegant industrial choreography that takes place over 400 hours. The result is a 6,000 lb car with presence unlike any other – the bodywork alone takes 90 hours to mold into one smooth shape, and the inside has more delicious leather and hard wood than an Edwardian sex club. The Mulsanne is still powered by the company's massive 6.75 liter V8 – that's how they say it, with the posh fraction – but that's enough to shuttle the ship to 60 in under 5 seconds. A new extended wheelbase edition joins the standard Mulsanne and the Mulsanne Speed this year, giving us a Bentley for all driving configurations. Expect to see the new Mulsanne family at the fast approaching Geneva Motor Show.

Honda has announced a stop-sale and is preparing a mid-March recall on the hugely popular 2016 Civic over possible engine failure. Honda says the problem is with mis-installed or even missing piston rings on an estimated 34,000 vehicles. This is a big hit for Honda -- the 2016 Civic was named the North American Car of the Year in January and was expected to be a big contributor to the manufacturer's total sales.

Volvo is testing new technology that will replace your car keys with your smartphone, giving you both a convenient new path to vehicle entry and one less thing to remember when running out the door. Drivers with the app will be able to do everything they could with a fob, but they'll now be able to send digital copies of their keys to trustworthy friends and family. Volvo says they'll start offering digital keys in 2017.

Today in gear, we're putting a portable projector in the spotlight. The Cube from RIF6 allows you to easily project your media from your smartphone, computer or tablet wherever you could imagine. Rather than hunching over your iPhone to watch the latest Drive Wire, why don't you project that fine piece of automotive news on your garage door. The RIF6 is two inches on a side, weighs a third of a pound, and projects your images and videos up to ten feet wide.  Check it out at rif6.com.

For today's ridiculous video, we have drop-in wave skiing! Seriously! Big-wave innovator Chuck Patterson has developed surf skis and he wants to share them with the world. Rather than being a slave to a tow rope, Patterson allows mother nature to push him into a new chapter of extreme sports.

That's it for today's edition of Drive Wire. For more, be sure to come back to thedrive.com, and follow us @thedrive on all your favorite social media platforms.