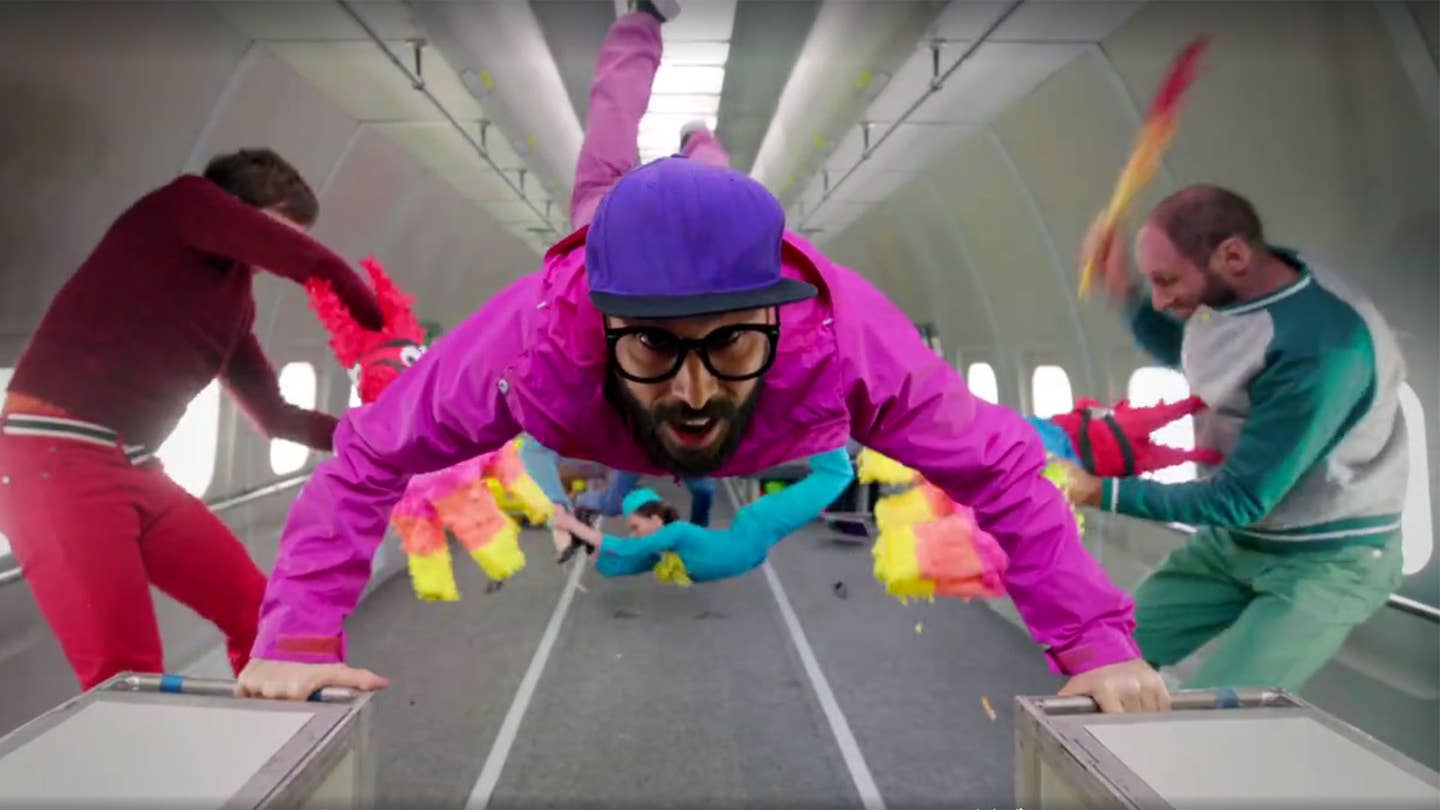 OK Go’s music videos have become the Internet equivalent of Rube Goldberg machines: immensely creative distractions that serve no real purpose but, through sheer complexity, manage to astound and entertain. In the past, they’ve coordinated elaborate treadmill routines, built multi-acre Chevy Spark-powered musical instruments in the desert, and transformed an entire warehouse into a maze of optical illusions.

So how do they top all that? Two words: Zero. Gravity.

The band’s video for “Upside Down and Inside Out” puts the four band members—along with a couple of sexy stewardesses, a few balloons filled with paint, and enough disco balls to remake Saturday Night Fever—in a stripped-down Ilyushin Il-76 owned by Russia’s S7 Airlines. By modern viral video standards, it’s kind of a slow burn at the start; the weightless antics don’t start until almost 30 seconds in. But once they do, watch out.

It’s totally real—no green screens, no wires, no CGI. OK Go frontman Damian Kulash (he’s the one in blue) and his sister-slash-co-director Trish Sie say filming the entire video in a single take required some serious calculations. To fit the shooting into a series of eight parabolic arcs, they split the choreography up into 27-second chunks—the amount of time they’d have in zero-g during every parabolic arc the plane made. The entire effort took 10 pilots and 20 flights.

The band also released a few behind-the-scenes videos from the shoot that are totally worth checking out: