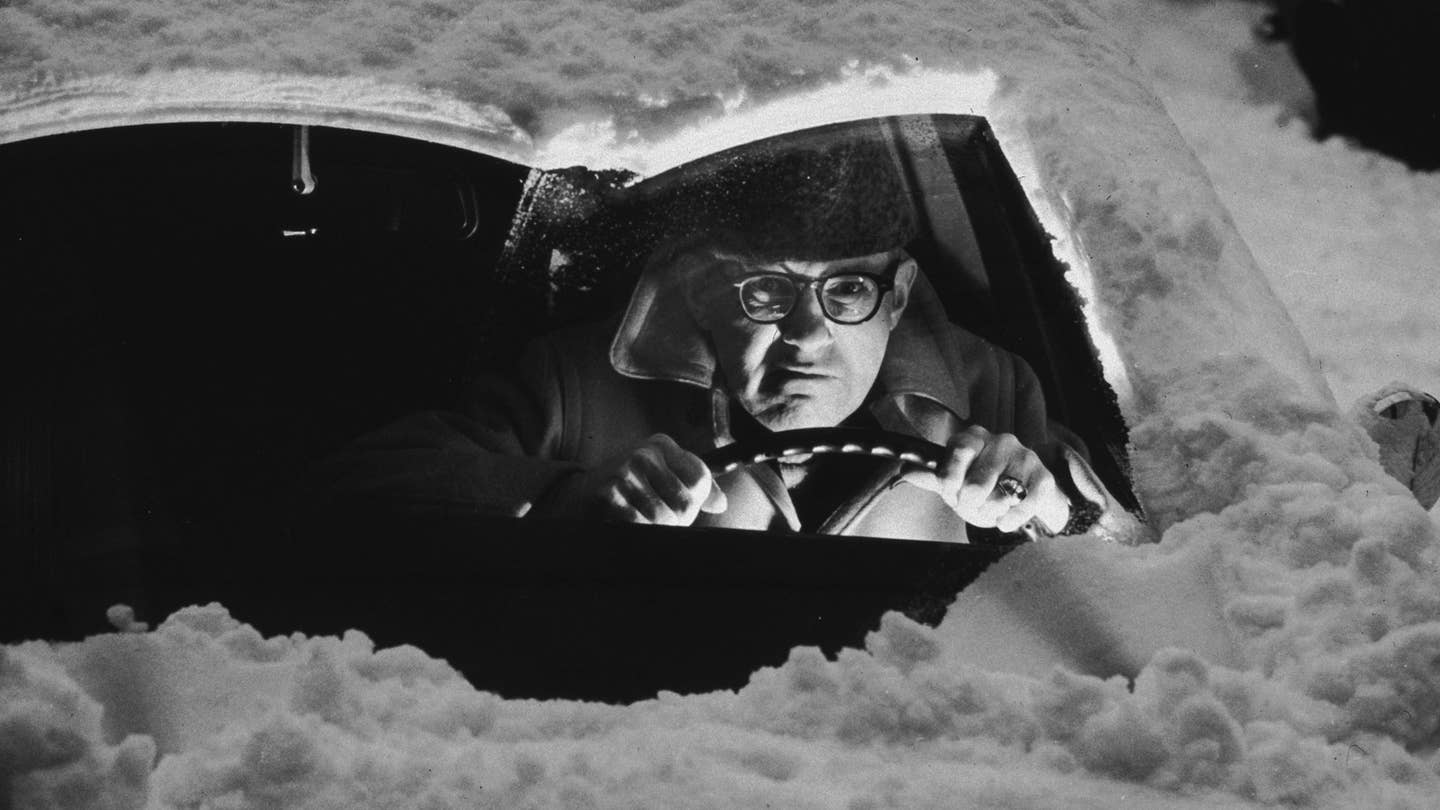 Residents of America’s Southern states don’t generally need help with their manners—far from it—but the unfamiliar brings with it many challenges. And the South, they say, is about to get hit with a few feet of unfamiliar snow. Here’s how to drive through that frozen mess without giving undue offense.

- Leave early. Traffic will be an onerous chore; resign yourself to that and relax. No need to try and rush and turn the situation into a nightmare.

- When cleaning the snow off your car, be thorough. A regular broom works fine for this task. Start your car and let the interior warm up and the windshield defrost. Remove all the snow from your car, not just the windshield; you need to see out. Likewise, others need to see you, so remove snow from the turn signals, brake lights, and headlights. And make sure to clear the big cap of snow from your car’s roof. It becomes a distraction at the least, and a dangerous object at worst, when it flies off your car at speed.

- If you’re street parked, don’t just try to drive out of your space. Dig it out properly, lest you risk getting stuck on the streetside snowdrift halfway out, becoming yet another obstruction. Also, when coming home, park in your own spot if at all possible—don’t be a boor and take someone else’s laboriously dug out space just because it’s twenty yards closer to your house. This practice, known as “pulling a Chicago,” is frowned upon.

- Once you get going, don’t pester other drivers. Leave twice as much space (and time) as you usually would for braking and turning. Imagine that someone’s buttered the road. And if Northerners give you grief or act all superior, smile and nod and bless their hearts; there are stupendous pile-ups in every Northern city after the first snowfall.

- Remember, weather affects more than just cars. If a traffic light goes out—or in the case of wet sticky snow, becomes obscured by accumulation—treat the intersection like a four-way stop.

- Let passers pass unchallenged. If a car pulls around a line of slower traffic—either due to superior vehicular capability or, more likely, annoyance and bravado—just treat it like an impertinent comment at the dinner table. You’ll probably pass them by again, later, after they’ve spun into the ditch or median.

- That said, if you have an all-wheel-drive vehicle, or a rugged pickup truck… Drive like you don’t. You probably don’t have snow tires, and those are what matters. Remember the old Northern saying: Four-wheel-drive just lets you get stuck further from help.

- And speaking of help: It’s fine to stop and see if people in stuck cars are O.K., should traffic and visibility safely allow. But, in most cases, it’s good to wait for official qualified help; pushing a stuck car out can do more harm than good in terms of backs thrown out, damage to the car being pushed, and feet and hands run over.

- Hoon politely. When doing donuts in a snow-covered parking lot, it is considered customary to leave a 50-yard buffer between your vehicle and any parked cars. It seems excessive, but you’d be surprised. Also, any fast-food trays placed underneath or fastened to the non-drive wheels of your vehicle to aid in skidding must be sourced from a major restaurant chain, not a mom-and-pop.

Remember, for most people, deep snow is just an inconvenience, and a civilized person treats inconvenience with good humor and patience. It’s no excuse to turn into a Goop.

John Krewson is a native of Wisconsin and has been an editor at The Onion for 25 years. He’d like to note that the secondary definition of “pulling a Chicago” is allowing Chester Marcol to score a game-winning touchdown.