The field of anti-drone technology is expanding. 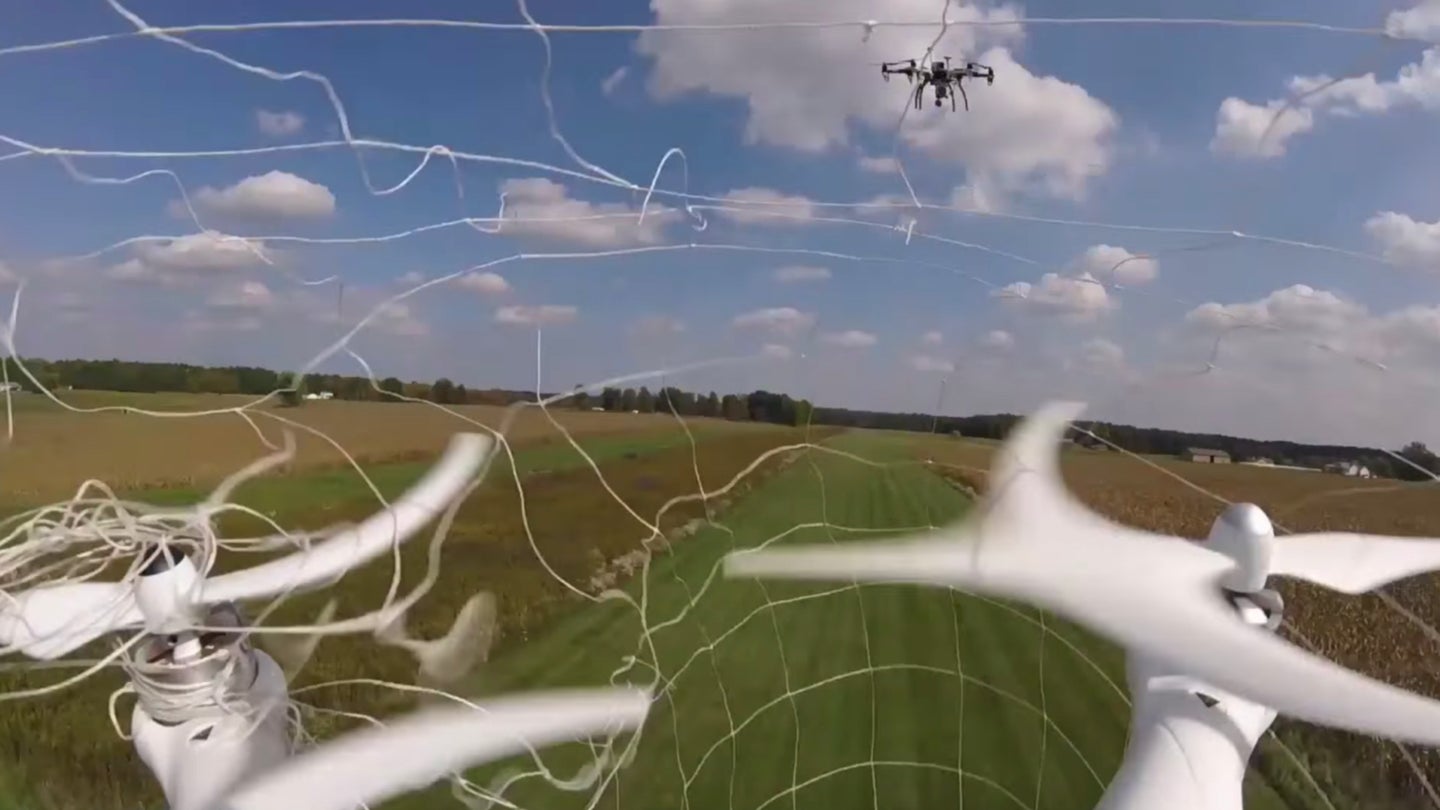 While everyone currently reading this is most likely a fan of unmanned aerial vehicles, the enthusiasm isn’t quite as universal as one may think. We’ve reported on anti-drone tech in the past, and that industry is certainly growing, there are, after all, institutions that can’t afford pesky drones interfering with the security of their borders. This includes prisons, nation-state borders, and “critical infrastructures” that need to be protected. Fortem Technologies, a self-described “leader in modern airspace safety & security,” has developed the DroneHunter, a system that helps drones hunt other drones. The company either shoots and grounds them, or by captures them with a net.

According to TechCrunch, the DroneHunter detection system works via radar. Once a user assigns an area of interest to the system, the DroneHunter spots any potentially unwelcome UAVs in that area. This is when the eponymous hunting begins. Upon detection of an intrusive UAV, a six-rotor drone takes off and approaches the vehicle, with the ability to tackle the issue in a variety of ways. The DroneHunter system can either shoot a net at the UAV, which would have it crash, or it could ensnare it in said net and carry it away, essentially collecting it. Reportedly, this works with drones flying as fast as 100 mph, which is pretty impressive.

Have a look at Fortem's own informative video demonstrating its new DroneHunter technology.

Anti-drone weapons, as this kind of preventative tech is often labeled, range in their methodologies. Some shoot actual projectiles, which does earn them the descriptor of "weapon," while others use radio signals or laser technology (see Boeing’s Death Ray Truck here). Another approach is to simultaneously block a targeted UAV’s GPS, radio and ISM signals, rendering it useless. DroneShield’s DroneGun adds to that, by including Global Navigation Satellite System positioning to its targeting capabilities. There’s an entire industry, growing rapidly, built around the prevention of intruding UAVs, and Fortem’s DroneHunter system is simply the most recent, significant addition. What federal correctional facilities, sports arenas, and airports across the country will ultimately settle on, as the universal standard of preventative drone tech, is yet uncertain. One thing’s for sure, though, as drone use increases, so will the field of anti-drone tech.