Three body types touted, with option of upright rear lights in the design of Britain’s flag, the Union Jack. 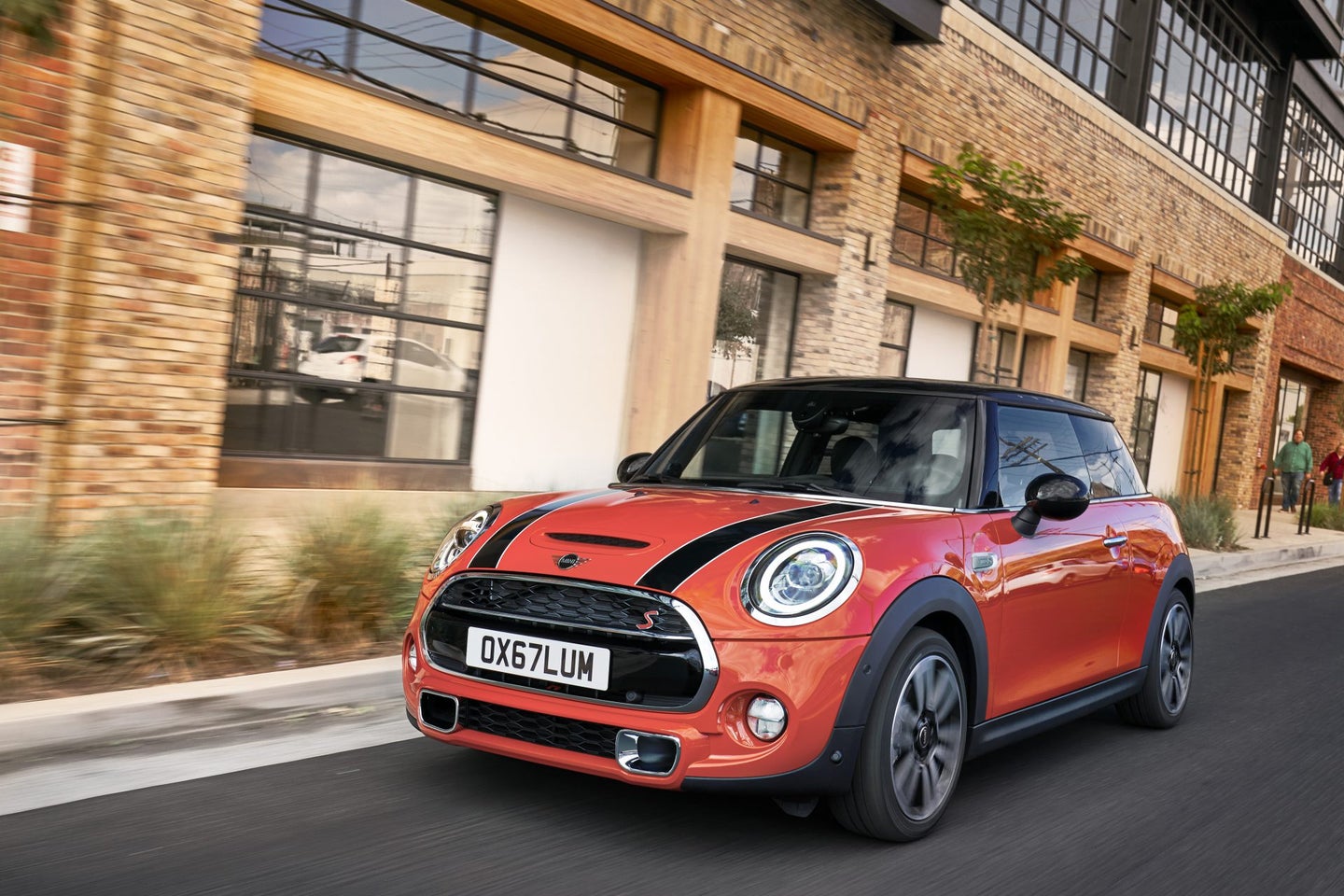 The updated versions include "a stylishly refined visual appearance and extensive technological advancements," according to the press release from Mini USA.

A spokesperson for Mini told The Drive that the company has not yet come up with a suggested manufacturer's retail price.

For the first time, the current model generation is available with three body types for driving in urban settings, with newly designed headlights and rear lights, and expanded digital services.

The Convertible comes with standard halogen headlights accented by a black panel. An option of LED highlights is offered, with the daytime driving light and turn indicator light generated by a ring which surrounds the headlight's contour.

The upright light units at the rear of the new models now appear in a Union Jack design, with the flat motif recreated in the structure of the light functions. The turn indicators are horizontally arranged and the brake lights are vertically aligned, with the tail light additionally representing the diagonal lines of the British flag.

The list of optional equipment items features another means of customizing the exterior design, with the option called Piano Black Exterior, whereby the surrounds of the headlights, rear lights, and radiator grille are finished in high-gloss black instead of chrome.