What’s better than hearing a boxer motor rev higher than the sky? 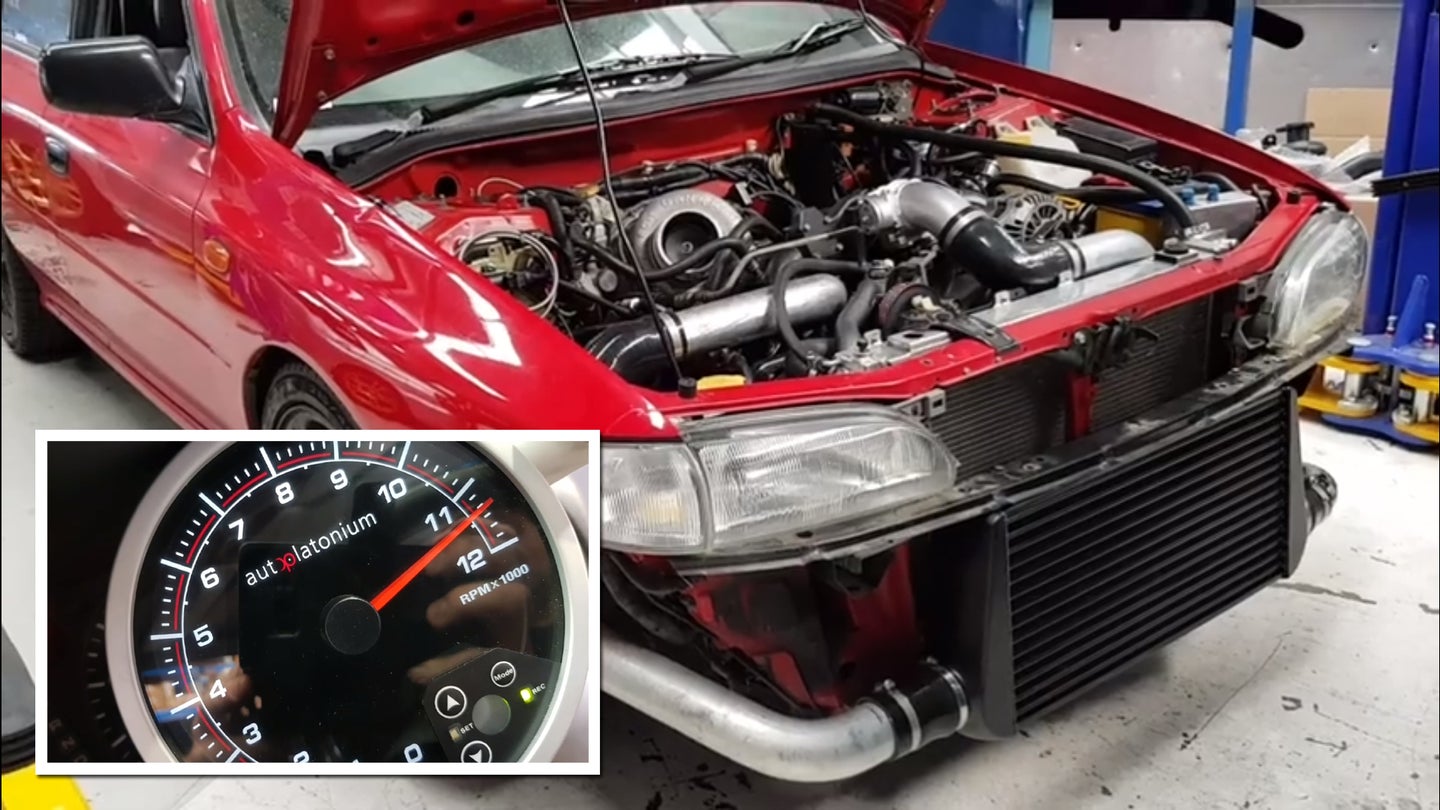 I remember buying my first Subaru, ecstatic to hear the boxer rumble under the hood and control the turbo sounds with my right foot. I loved modding the car, stiffening up whatever bushings I could and just making it feel like a fun go-kart on the way to the office. While working on the car, the one thing I never said to myself is, "I really want this car to rev as high as a motorcycle." I'm now questioning my priorities.

Australia-based Subaru tuning extraordinaires GotitRext decided that developing a high revving boxer motor was a necessity, and frankly, I'm inclined to agree with them. Stuffed inside of a 1994 Subaru Impreza LX, the power plant transforms the econobox's grocery-getter status into a full-fledged sleeper race car.

GotitRex de-stroked one of Subaru's iconic flat-four EJ-series motors as part of an internal research and development program. The motor is force-fed its air thanks to a Garrett GTW3884 turbo and tuned to use E85 fuel with Link G4 engine management so it could safely reduce knock and crank up the boost. After turning it up to an astounding 42 pounds per square inch, the car was put on the dyno where it made just over 610-horsepower at the wheels during one of its 80-or-more runs.

Listening to the flat-four scream down the racetrack is something that I've never quite heard before. It's not uncommon for Subaru owners to desire high-revving motors. One of the more sought-after motors for this comes in form of the 2.0-liter turbocharged EJ207, sourced from the Japanese Version 7 STI, which will rev out to around 8,200 rpm with ease. It's not clear if that's what GotitRex used when building this particular motor, but an additional 3,800 rpm is no small feat.

"Incredible to see an EJ continue to hold and make power out this long in the rpm band reliably," said GotitRex in a Facebook post, "We set out to test limits of EJ platform in a new way and it's taken every bit we've thrown at it so far."

It doesn't appear that GotitRex modified the car much more than stuffing the new engine in and stripping away some of the interior. The car already had a factory five-speed transmission fitted, and with that comes some wonky gearing for such a high revving motor. In fact, the top of third gear will propel the car to 140 miles per hour. Needless to say, the transmission isn't necessarily built to hold the power that it's putting down, so the shop expects it to bite the dust, after all, the car is just a test rig.

The high-revving flat-four makes gobs of power and sings an angelic symphony of petrol-powered notes. The staff at GotitRex definitely accomplished their goal to test the limits of the EJ motor in a new way. We can't wait to see what's in store next.

Especially when Josh Condon is driving.