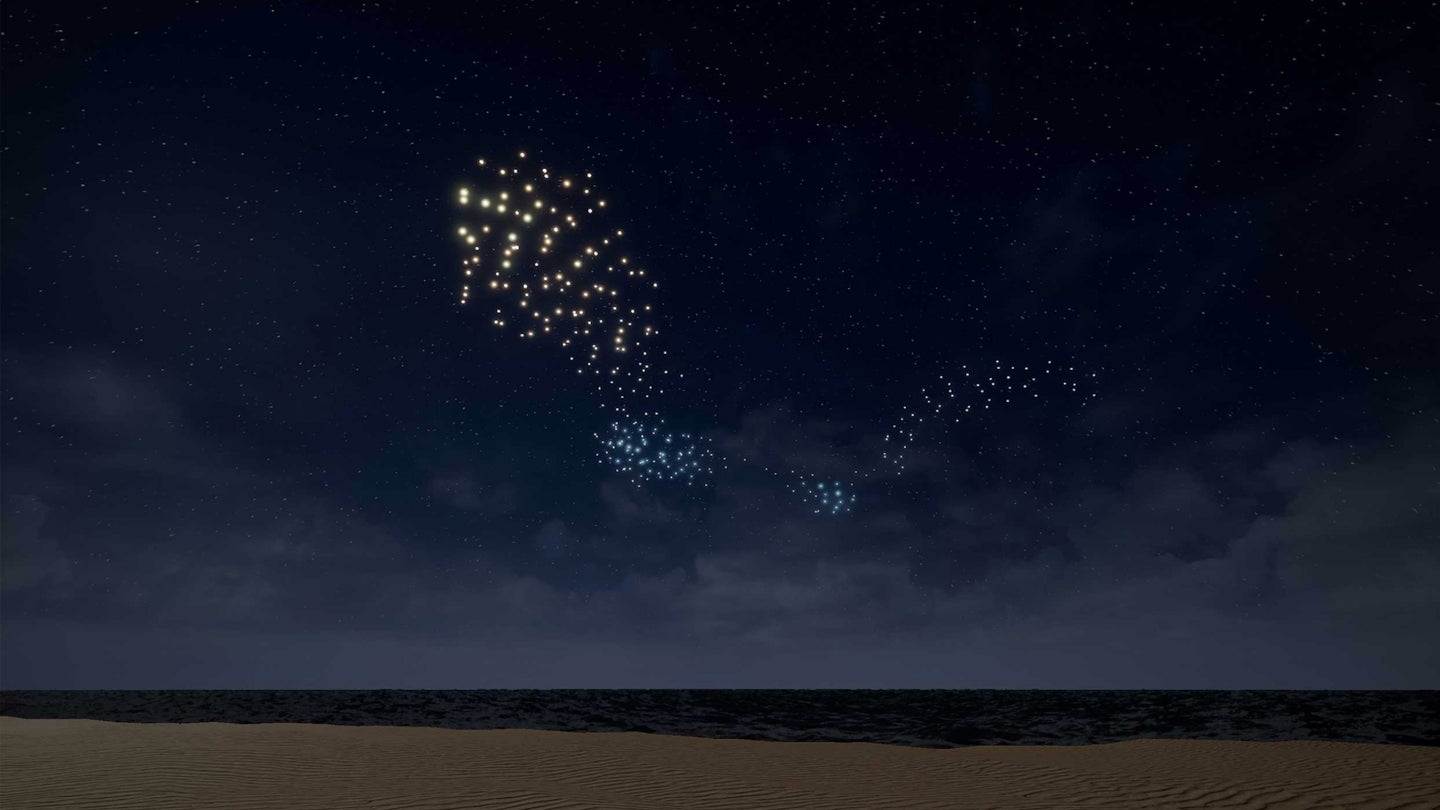 A flying sculpture comprised of 300 unmanned aerial vehicles fitted with lights will be unveiled at Miami’s Art Basel on Dec. 6. The project, dubbed “Franchise Freedom,” was commissioned by BMW and produced by Studio Drift. The flock of drones is intended to imitate bird movement.

We’ve seen Intel partner with Warner Bros. in order to celebrate the Wonder Woman (2017) home-video release with a drone show, but let’s face it, the patterns created by LED-fitted UAVs there were simple, stationary shapes. This seems a little more sophisticated.

According to Forbes, the symbolism behind “Franchise Freedom” revolves around individual freedom and safety resulting from being part of a group. The point is that while an individual may experience free will by sacrificing his freedom to become part of a group, he’s already lost it by joining the mob. While the artist's view will surely be debated at Art Basel next week, it’s the drone use that captures the attention of UAV users, and using 300 drones to create art is certainly exciting enough of a prospect. In other words, if you thought seeing an aerial billboard was fascinating, you'll probably want to check out "Franchise Freedom."

Co-founder of Studio Drift, Lonneke Gordijn, said, “We were impressed by the courage of BMW to get involved here, as an artwork of this scope and scale has never been tested before.” According to Forbes, Studio Drift was founded 10 years ago and aims to explore how technology, nature, and humanity work together through site-specific pieces and interactive sculptures. As it stands, “Franchise Freedom” certainly checks off those boxes, as machines will imitate animals found in nature, while human observers ponder the significance. Regardless of the project’s integrity or ultimate success, I’d personally love to see 300 UAVs swarm together like a flock of birds and form an aerial sculpture.

“Studio Drift and BMW both subscribe to a symbiosis of innovation and beauty,” said Hildegard Wortmann, senior president at Brand BMW. “Franchise Freedom is both a technological wonder and an aesthetic experience to behold.” Whether audiences agree or not will be clear on Dec. 6, when the project is unveiled at Faena Art, PACE gallery in South Beach, Miami. Reportedly, Studio Drift will announce the precise presentation time on Instagram, as local weather could affect the launch.