If the supercar lives up to its claims, Tesla may have some on and off-road competition to handle. 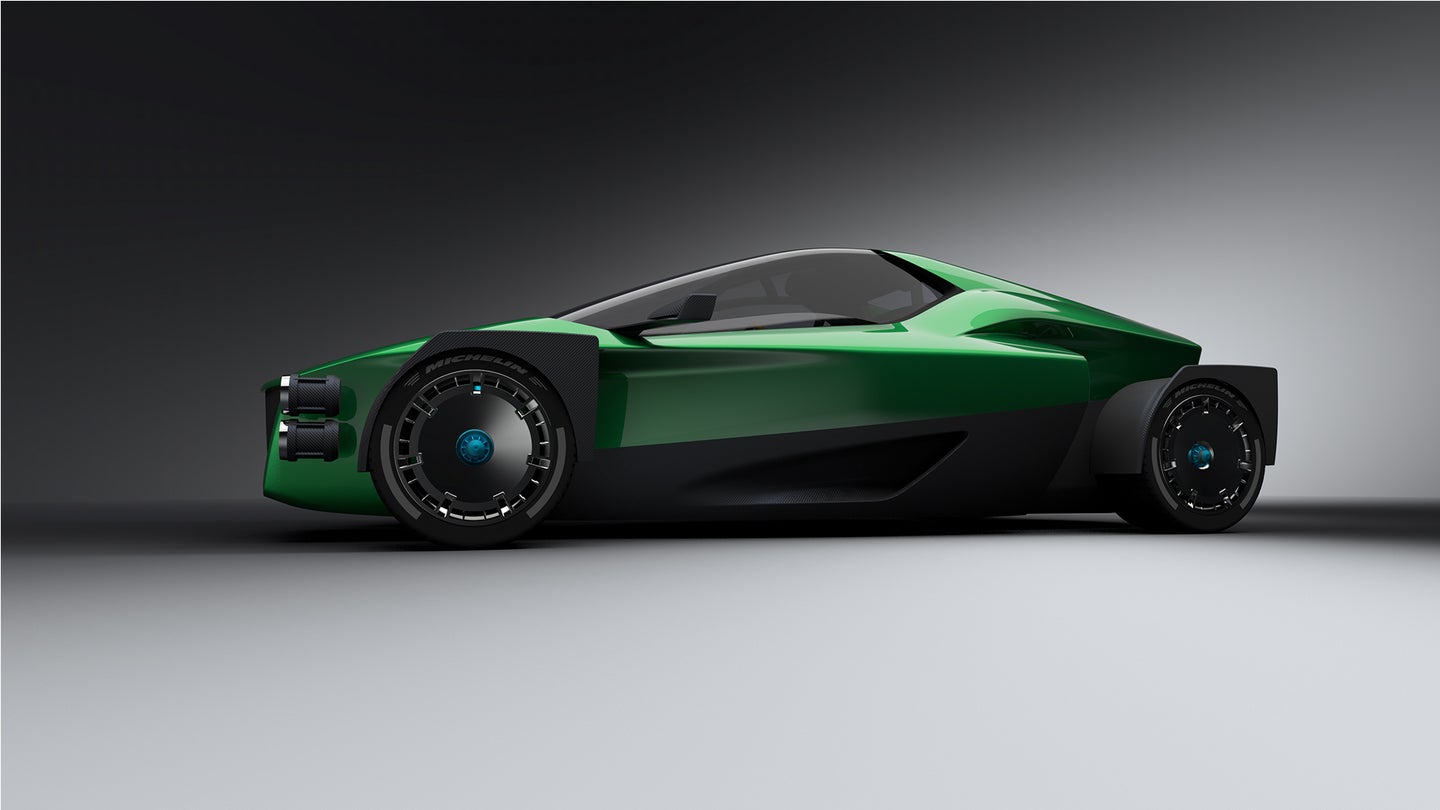 Tesla put on one hell of a show last week when it sneakily debuted the next generation Roadster alongside its Semi unveiling. It goes to show that the future of performance vehicles can easily be challenged by the introduction of electric cars into the market, something that we're very fond of seeing as of lately. Now, a new startup called Xing wants to show off one of its newest contributions to the performance electric scene, something which have numbers that can even threaten the Roadster.

Meet Taiwanese manufacturer Xing Mobility's Miss R rally-inspired electric supercar prototype. The company makes bold claims of a peak output of 1 megawatt, or 1,341 horsepower equivalent, at all four wheels. This is thanks to a similar model which companies like Rimac and Tesla used while building their respective performance cars, placing multiple motors at different corners of the vehicle. Xing takes a bit of a different approach: Instead of using one motor in the front and two in the rear like Tesla's Roadster, the prototype places a single high power-density motor at each wheel, making independent torque vectoring possible at each wheel to maximize grip and stability.

Thanks to its power and grip, Xing says the prototype can do zero to 62 mph in 2.0 seconds, only a tenth of a second slower than Tesla's well-received Roadster. On top of that, zero to 124 mph should be possible in just 5.1 seconds, faster than most economy boxes on the road today which hope to even see half of that speed. At just an impressive 3,300 pounds, it becomes a fairly light competitor into the new world of performance electric cars.

But at the expense of weight savings comes range limits. The Miss R is projected to only see 155 miles of road before the 52 kilowatt-hour battery is depleted. Made up of 4,200 lithium-ion 18650 cells, the Miss R uses the same as the kind of cells found in the Tesla Model S, but not the modernized energy-dense 2170 cells used in the Model 3. Xing has developed an interesting modular battery design, enabling the packs to be stacked similarly to Legos while maintaining passages for liquid cooling, something needed to prevent high output electric cars from overheating like the original Roadster was famously staged to do on BBC's Top Gear.

Born as an engineering consulting firm which built electric race cars, Xing says that the Miss R was rally-inspired. This is clearly evident in the Miss R's speed, beefy tires, and snappy magnetorheological suspension (which is a fancy term to mean that it can be finely tuned on the fly by electrically adjusting magnetic fields). The company's goal was for the self-proclaimed supercar to have both on-track and off-road capabilities, making any test of feats enjoyable for the driver.

Of course, much like the Tesla Roadster, many of these numbers are hypothetical and aren't quite set in stone until a production variant is readied by the manufacturer. Its short range and design that compromises both on and off-road uses might not be as appealing to the same crowd who would want to purchase either the Roadster or the off-road capable Bollinger B1 electric truck. No matter who buys it, if the numbers themselves live up to the claims, this could be one fun contraption.

Science Confirms: New Tesla Roadster Will Be the Greatest Getaway Car Ever

We wanted to know how long the Roadster can sustain 250 mph. We have our answer.