Is this the Huracan’s successor, or a brand new halo car? 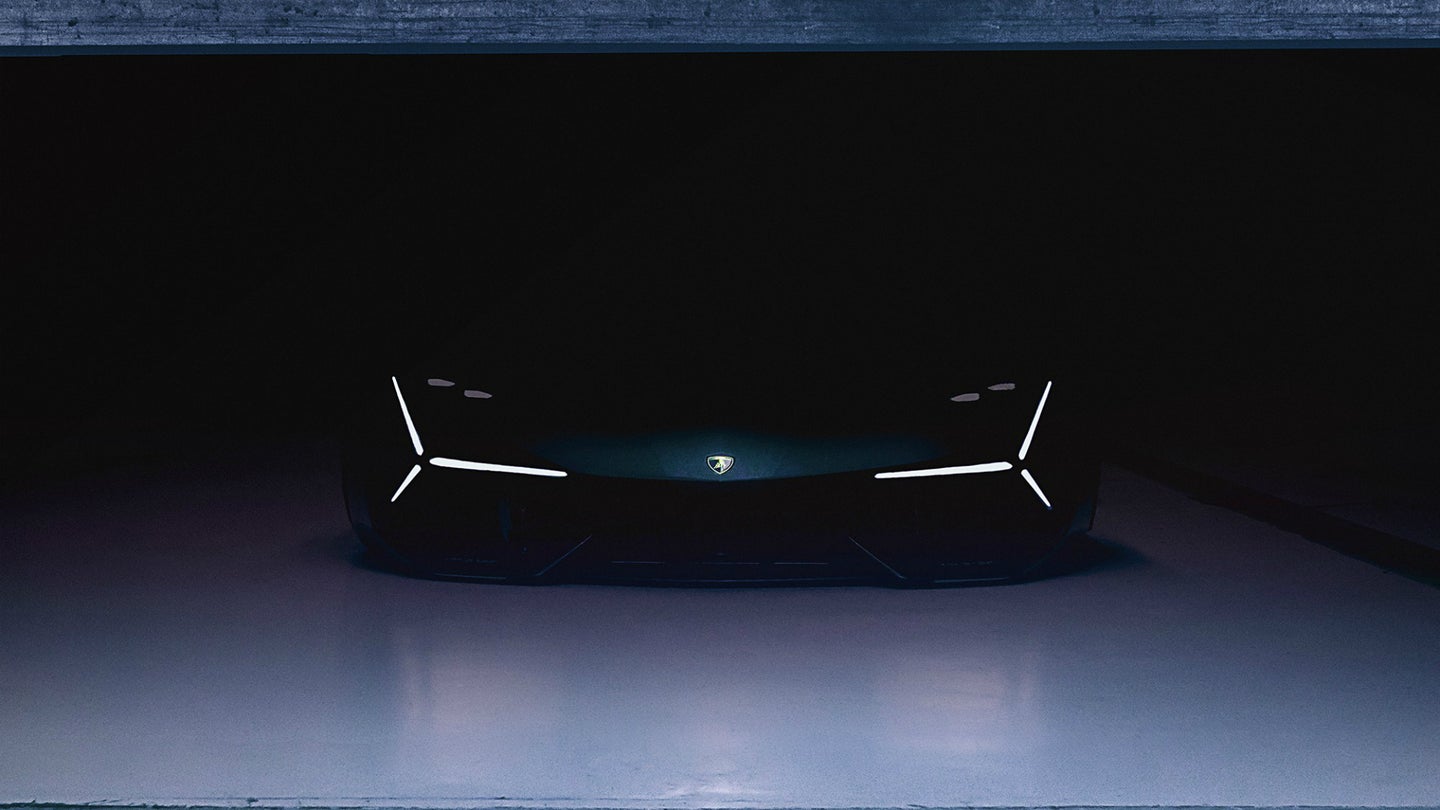 Today's a good day to be a fan of Italian exotics, because Lamborghini has a new supercar on the way, and it will see the light very soon. The brand took to social media today with a teaser picture and simple caption reading, "Lamborghini will unveil the future of super sports cars, in partnership with MIT, at EmTech MIT 2017."

With only the ridiculous headlights, (presumably) carbon fiber body, and wide stance visible, there's no telling exactly what this car will be—although these are all quintessential aspects of Lamborghini design.

Since it's being unveiled at MIT's state-of-the-art conference, it will no doubt have an emphasis on future technology that will go into the next generation of Lamborghini's production cars. That means that it could be the hybrid Huracan successor that's in the works, but we aren't so sure.

The next Lamborghini slated to be unveiled is the successor to the Aventador, so the teased car could easily be that. However, previous reports indicate that the next generation of V12 Lambos won't see as much innovation as the Huracan's offspring, so it doesn't make sense to debut a pure, tech-free Lamborghini at a press conference centered around the cutting-edge.

There's a very good chance that this Lamborghini's next halo car, the ambitious caption, and the vehicle's resemblance to the insect-like Veneno is proof of that. Whatever the concept ends up being, it will shape the future design philosophy and performance of all Lamborghinis that will come out by the early 2020s.

The only thing we know for sure is that this is going to be a long weekend, as the Nov. 6 reveal can't come soon enough.

There’s a New Lamborghini Halo Car Already on the Way