Drift Karts Are Coming to Boston

These karts are made not to stick, but to slide. 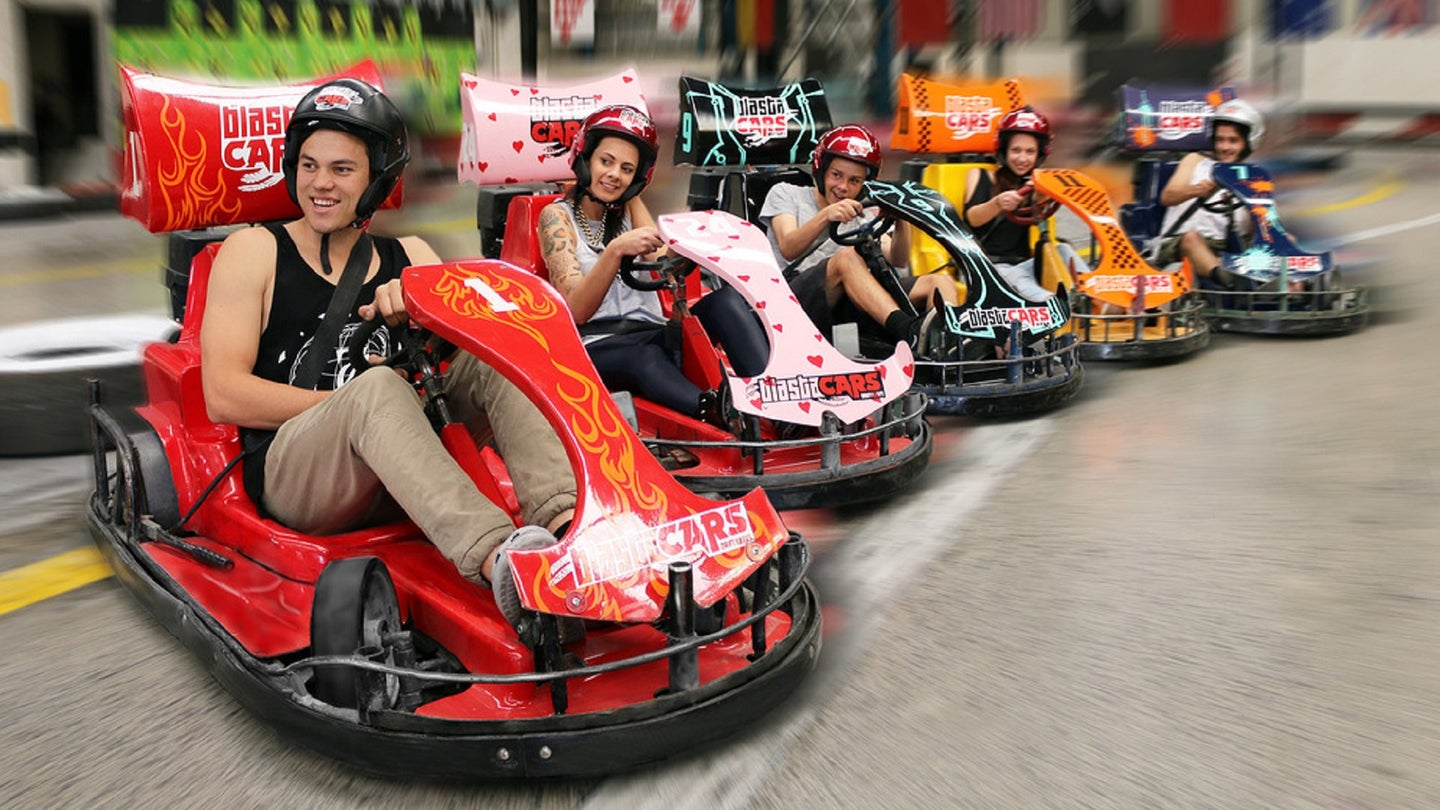 Ever since F1 Boston introduced the thrill of indoor karting to New England in 2000, numerous other facilities have opened in the area. All have operated on a similar principle: Provide a racing experience comparable to real cars on a real track. They all do it well and provide an accessible way to race for people who don't want or can't afford the full-scale version. But Peter Neal has a different vision, where go-karts meet Tokyo Drift.

Neal was on vacation with a friend in Malaysia and discovered Blastacars at the Sungei Wang Plaza mall in the capital city of Kuala Lumpur.

"When I started, I was hooked," says Neal. "I was excited when I got back, thinking that they would have other drift race tracks. But there weren't, so I decided to bring it to New England."

He has since partnered with Blastacars to bring its unique version of karting from its base in New Zealand across the world to the Boston area. It's all about fun and style rather than competing for lap times.

"We have set the karts up for higher acceleration and lower speed, so you can really accelerate around the corner and get your kart in a nice drift," says Neal. "You get 15 minutes of pure drifting, so if a person is faster than you and laps you at every corner you don't have to worry about having your race end early since it's not lap-based like other go-kart companies out there."

Last year Checkered Flag Indoor Karting in Haverhill, Mass. shut down, a victim of the area's saturation of indoor kart tracks. But Neal is optimistic about his project's success because it is quite different from other nearby tracks.

"Since drifting is brand new to our state it will be a market disrupter. We are not worried that we will not have drift enthusiasts." Indeed, drifting has become quite popular in recent years. Clubloose North already runs well-attended drift events in the parking lots of New Hampshire Motor Speedway, which proves that a market of drift enthusiasts already exists in New England.

Between Blastacars and Neal's own investment, the facility is already fully funded. However, an Indiegogo page exists to help fund future additions to the karting experience, such as motion racing simulators and drone racing. Backers will get discounts on drift sessions when the track opens. Neal hopes this will be the first of several Blastacars locations in the U.S. Though the Boston area location will be first because he lives there, he has Las Vegas, Austin, Texas and Los Angeles in mind for future expansion.

But the first American facility, Blastacars Boston, is scheduled to open in Danvers, Mass. early next year. We've been promised a test drive to experience drift karts for ourselves when the track opens.