This Gorgeous Bespoke Motorcycle Will Set You Back Over $50,000 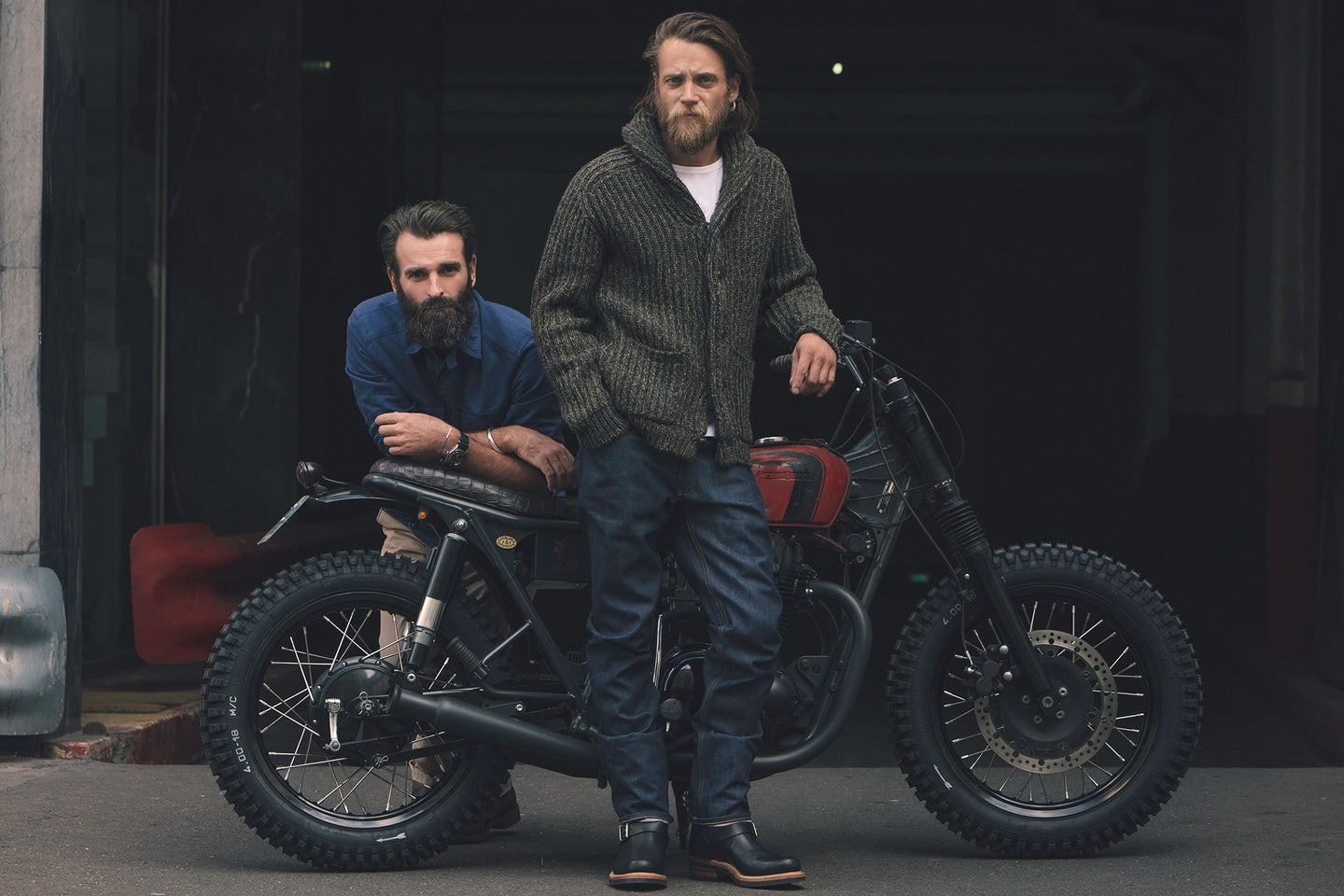 R.M. Williams, an Australian boot manufacturer, has teamed with a French custom bike shop to create a simple, but stylish one-off motorcycle.

The Paris-based shop, Blitz Motorcycles, modifies older bikes into scrambler- and hooligan-style standards. It works most often with BMW twins, but also a range of Japanese bikes, at least one Moto Guzzi, and a Harley Sportster from 1991. The bearded Frenchmen who run the shop designed this particular scrambler around a heavily reworked Kawasaki W650, which the Japanese manufacturer built from the late 90s through 2007. Among other work, the Blitz team lowered the frame, fitted track handlebars and knobby tires, and trimmed the seats, tank strap and grips in genuine crocodile.

The Australian company used the same brown croc skin to fashion matching biker boots. You can buy them for £4995 ($6,523 at current exchange rates). A cheaper version, rendered in cowhide, is also available for those who aren't stupid rich.

Speaking of the stupid and rich - hand-crafted, one-of-a-kind, motorcycles don't come cheap. The R.M. Williams x Blitz scrambler costs £40,000 (more than $52,000). By comparison, Kelley Blue Book values an unmodified 2001 W650 in excellent condition at less than $4900. These original bikes don't have the fit and finish of the custom, but will function nearly as well. A stock bike should also be more comfortable, since crocodiles aren't known to be soft, supportive animals.

But comparisons are irrelevant. The handful of people in the market for a bike like this aren't going to care about the cost. Besides, they get a sweet pair of those crocodile boots thrown in with their purchase.

The scrambler will be on display all month at Harrods in London.

The accomplished racer says the new partnership is “a dream come true.”