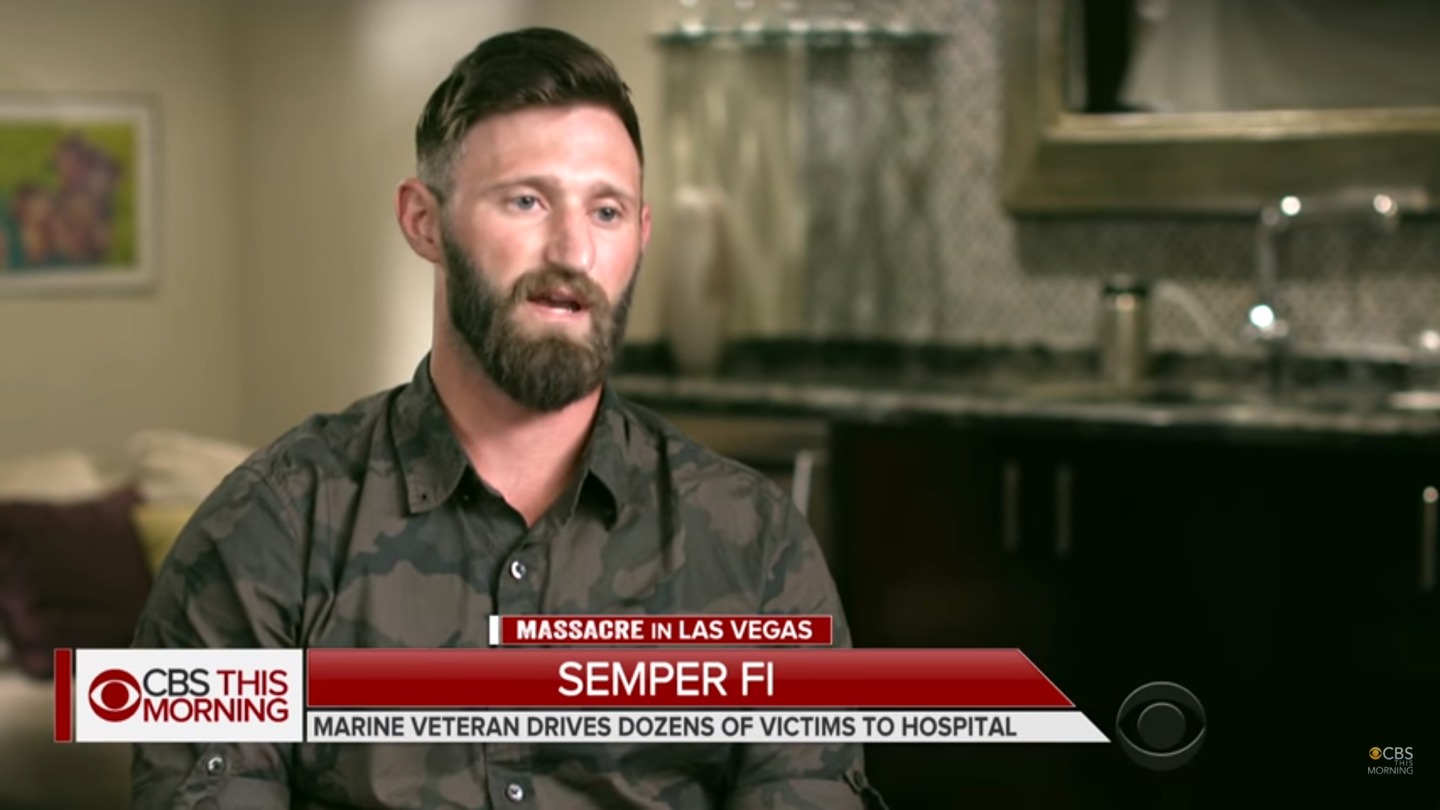 After the horrific mass shooting that killed more than 50 concert goers and injured nearly 600 more, a United States Marine Corp veteran has spoken up about his experience during the tragic moment on Sunday. Upon realizing the situation, Taylor Winston stole a pickup truck to drive victims to the hospital, making multiple trips to save as many injured bystanders as possible.

As Winston revealed on "CBS This Morning", this act of instinct was a heroic attempt at saving those involved in the shooting.

"People started scattering and screaming, and that's when we knew something real was happening," Winston said. "The shots got louder and louder, closer to us and saw people getting hit, it was like we could be hit at any second." Winston and his group of friends were trapped by a fence, and he claimed that, "Once we got to the fence, I helped throw a bunch of people over, and got myself over. It was a mini war zone but we couldn't fight back."

Speculation has risen stating that there may have been multiple shooters involved in the attack. Winston, not worried by details and technicalities, admits that he was looking to do whatever possible for those around him during the event.

"I started looking for people to take to the hospital," Winston explained. "There was just too many and it was overwhelming how much blood was everywhere."

After making the first trip to the hospital, Winston decided that it was time to go back for "round two and go get some more." He noted that he "transported probably 20 to 30 people injured to the hospital."

His time in the Marines played a large hand in these saving efforts as it has been a key part of his life since he was 17 years old, Winston explains in the interview. After leaving the Corps in 2011 as a Sergeant, he has since put to use some of the emergency knowledge he learned during his service.

"I think a lot of my training in the military helped me in the situation. We needed to get them out of there regardless of our safety."

Winston says, "There was a lot of bravery and courageous people out there. I'm glad that I could call them my country folk."

He returned the keys to the truck's owner shortly after on the next day.