The new MDX packs plenty of new technology for just $150 more than the previous year’s model. 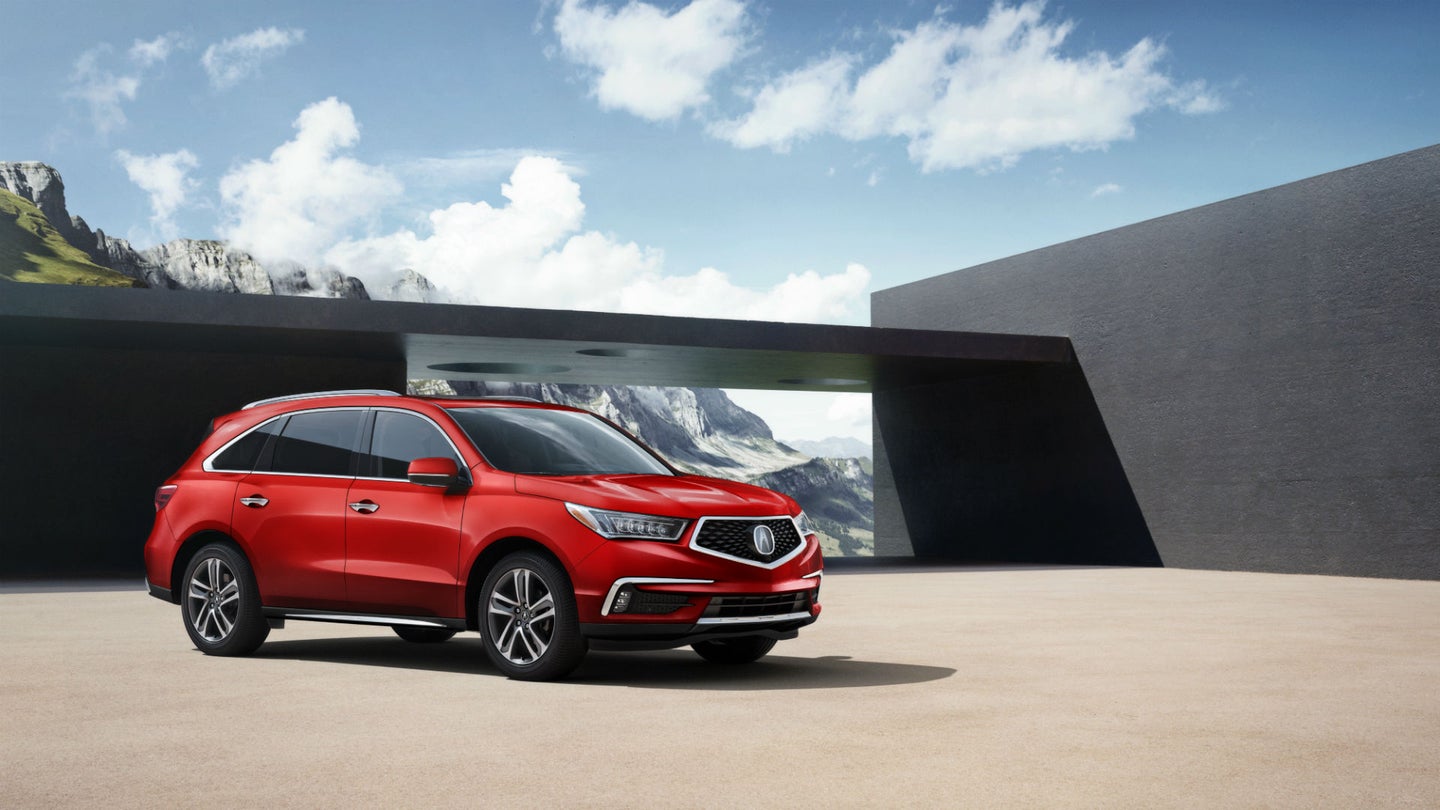 The Acura MDX was brand new for 2017, getting a much-needed facelift and adding to Acura's ever-expanding lineup of sport hybrids with powertrain features lifted from the NSX supercar.

The 2018 MDX builds on the 2017 model's success, adding lots of new technology and plenty of new standard features for dollars more than its predecessor. Acura has also added two new shades of crimson to the MDX's color options, which now include Basque Red and San Marion Red on the Advance package. The 3.5-liter i-VTEC V6 making 290 horsepower remains, allowing the refined MDX to be quite nippy despite its luxury equipment and three rows of seats.

Although the 2018 MDX now starts at $44,200, it features a host of brand-new standard features like keyless entry, push-button start and a Surround-View camera system. The MDX now has four available packages, all packed with new features. The Advance package for instance, adds a heated steering wheel, wood interior trim, better exterior lights, and more USB ports. Opt for the Entertainment Package add-on for an entertainment system for third-row passengers.

The new standard MDX will of course feature AcuraWatch, the company's arsenal of driver and safety assists that earned the SUV its Top Safety Pick+ rating from the Insurance Institute For Highway Safety. Such assists include Adaptive Cruise Control, Lane Keep Assist, and Collision Mitigation Braking (emergency braking).

Although it won't be out till this winter, the $46,200 MDX Sport Hybrid also receives all of these upgrades with the benefit of all-wheel drive and electric torque vectoring from the NSX powertrain.

The 2018 Acura RDX Is Officially On Sale

The full-size premium crossover gets new pricing details a day before it launches.