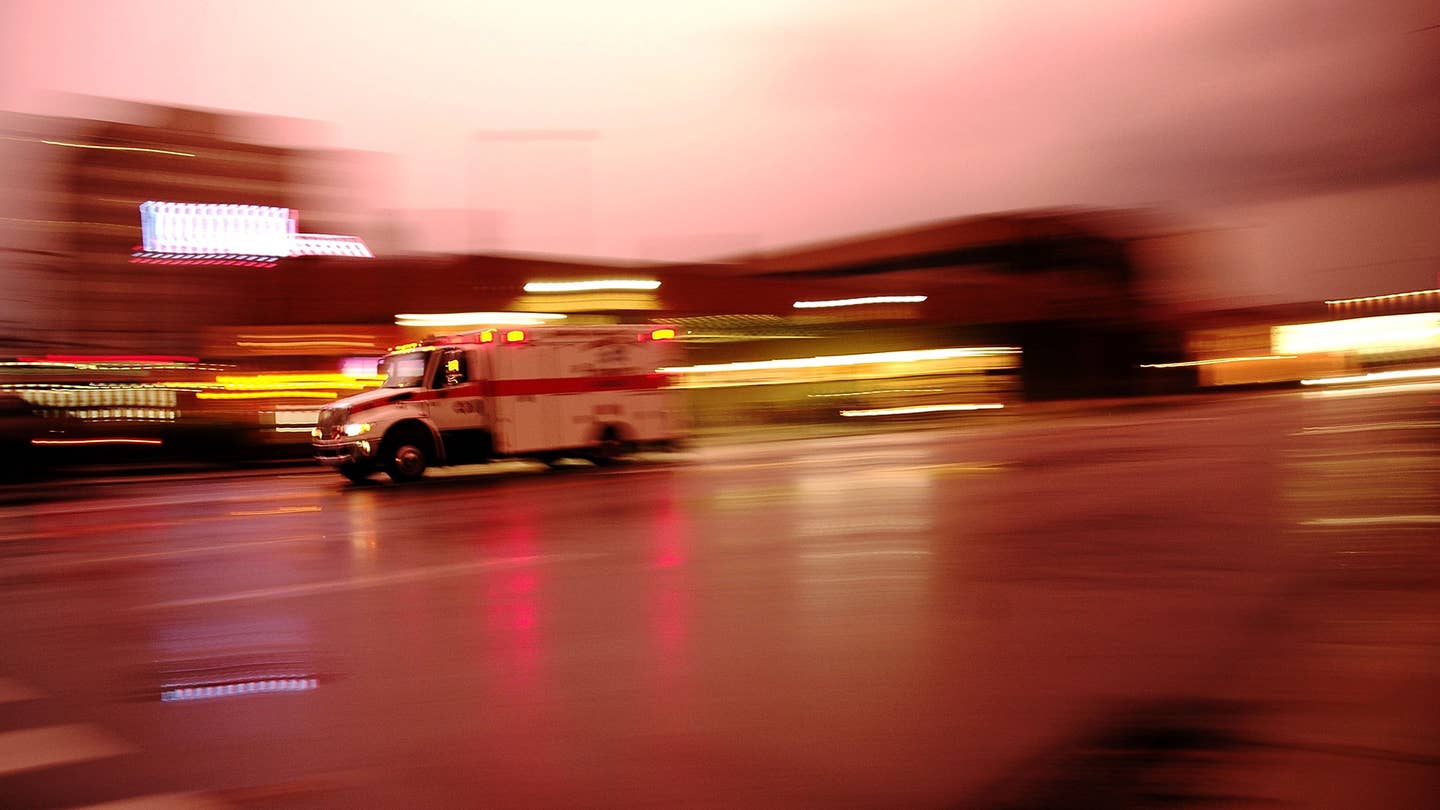 News jobs can be overwhelming. Take Utah 911 dispatcher William Kalaher, who delivered a baby remotely to a couple on the side of a Utah highway—the ultimate “phone a friend.” Kristen and Shay Allred were driving to the Intermountain Medical Center from Eagle Mountain, Utah, when they realized their little bundle of joy was coming faster than they could complete the six-mile trip. The couple pulled to the side of the Interstate 15, where Kristen Allred gave birth. The 8.4-pound baby girl, Anne, appeared blue and limp. She was not breathing; the umbilical cord wrapped around her neck. That’s when her parents called 911.

According to the Associated Press, Kalaher, despite his newness at the post, knew exactly what to do. He instructed the Allreds to take a string, even “a shoelace,” and use it to tightly cinch the umbilical cord around half a foot from the baby. They tilted her head back and, almost immediately, the baby began to breathe. Just a few minutes later, local paramedics arrived and whisked mother and baby off to the hospital, from which they were released just two days later.

More and more, folks are choosing to have children outside of hospitals, and that’s awesome. Births in lakes, in fields of daisies, among bales of hay in the barn—all are legitimate, and quite whimsical, options. Still, it’s important to remember that no matter how casual the environment, say, a pickup truck on the side of the highway, it’s always necessary to have an expert on hand.