Police Shut Down Boston Tunnel to Save Stray Kitten on Highway 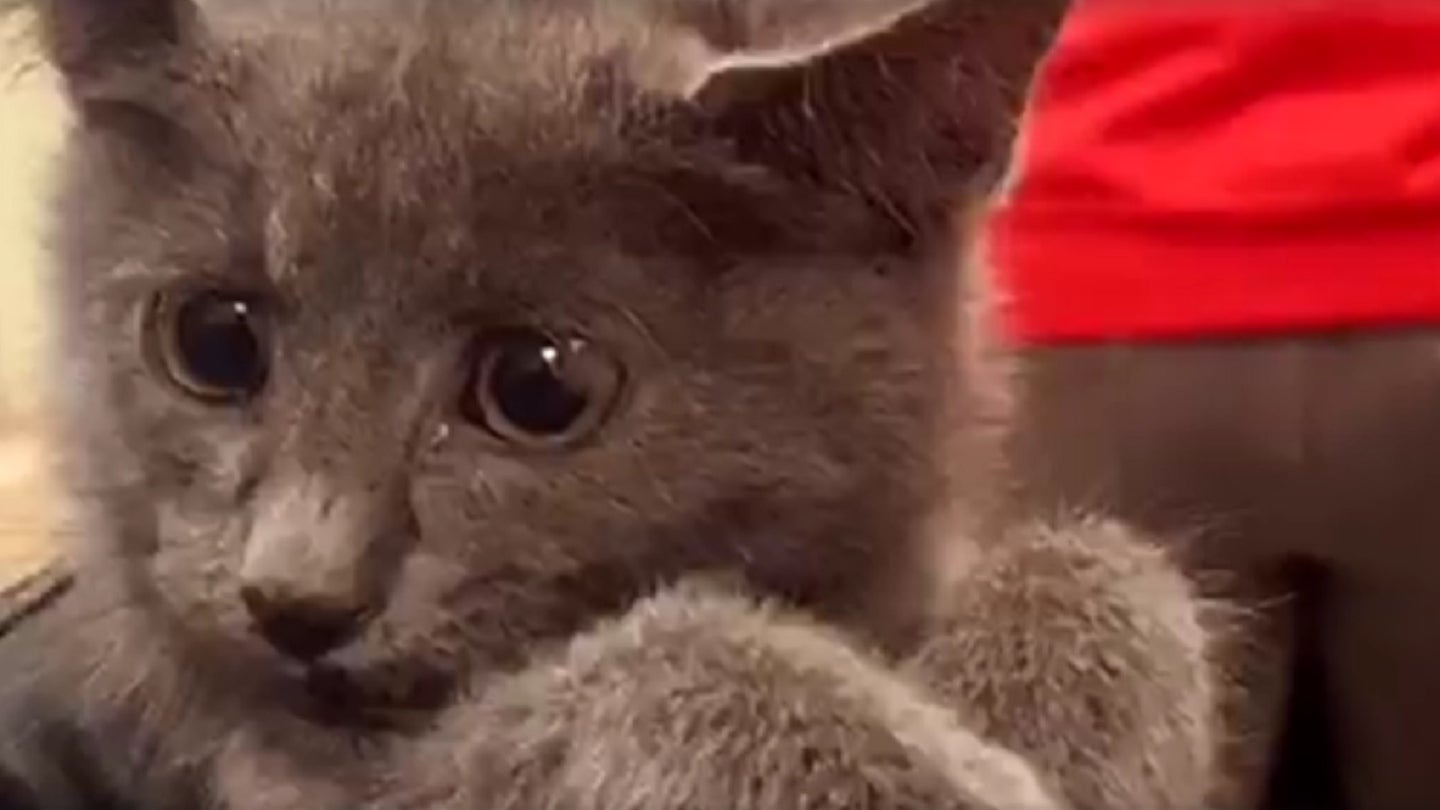 Looks like he didn't have to use up any of his nine lives. On Sunday, a stray kitten popped out of a storm drain inside Boston's Ted Williams Tunnel. Concerned motorists called 911, hoping to save the poor kitten before traffic rushing through the tunnel beneath Boston Harbor met an untimely end on Interstate 90. Massachusetts State Police Sergeant Bob Dateo and the Animal Rescue League of Boston worked together to shut down the tunnel and capture the kitten, who was removed to the more hospitable environment of one of the latter's shelters.

According to the State Police Facebook post, "This little kitten looks like he has been through a lot, as has lost quite a bit of fur on his tail from some sort of burn. His prognosis is good, however, and he will be up for adoption soon when he is medically cleared."

The Massachusetts State Police are soliciting name suggestions for the wayward kitten based on the circumstances of his rescue. Some are typical Boston stereotypes, such as Bean, Sox, and Sweet Caroline. Others suggest Trooper, Smokey, or Bobby, after the Trooper who helped rescue him. But the favorite so far appears to be Teddy. This is doubly appropriate, not only for his capture in the Ted Williams Tunnel—but also for Boston Senator Ted Kennedy.

Hero of the Day: Kitten Crusader

Someone get this lady a cape.