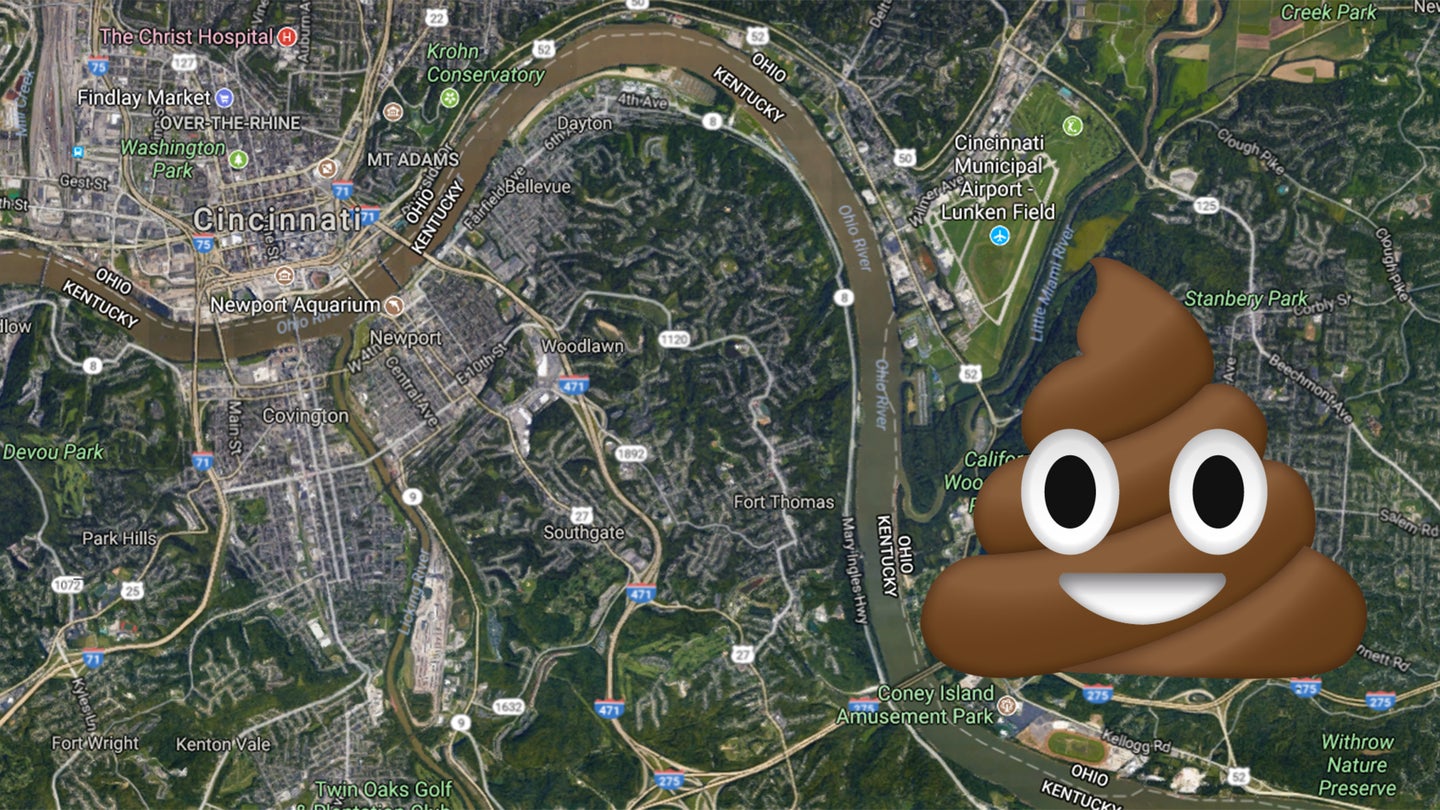 A tanker truck carrying 6,200 gallons of poo water overturned on Kellogg Ave near the Califonia Woods Nature Preserve in Cincinnati, OH earlier this week. It was reported that the truck was enroute to a treatment plant when the accident happened. The driver of the truck was taken to a nearby hospital for injuries sustained in the crash. The one injury his doctors won't be able to fix is the wound to his pride, having been the one who crashed a tanker truck of poo water and spilled a "thickened sludge" all over the road.

Officials with the Metropolitan Sewer District responded to the spill and recovered about 4,500 gallons of the sludge. The additional 1,700 gallons were diverted back into a sanitary sewer, rather than a storm drain that would take it to the nearby Little Miami and Ohio rivers.

The overturned truck incident seems to be the latest item in an ongoing battle between city and county officials regarding waste transportation and disposal. Apparently, a local waste disposal plant was recently shut down as it was no longer compliant with EPA regulations. It was reported that this particular truck would have still been on the road regardless of the status of the shutdown plant. But, the accident just highlights the fears of local residents who are understandably leery of poo-filled trucks driving around more than they have to.

Best of luck to you, Cincinnati. Speaking for myself, I think you are a great city. Maybe it's time to get all the various municipalities on the same page and fix this poop truck issue. No one likes poop trucks. Bad things happen when you have poop trucks driving around. Here's to hoping you take care of this soon, before something worse happens.