The next generation of the big, British bruiser is coming. 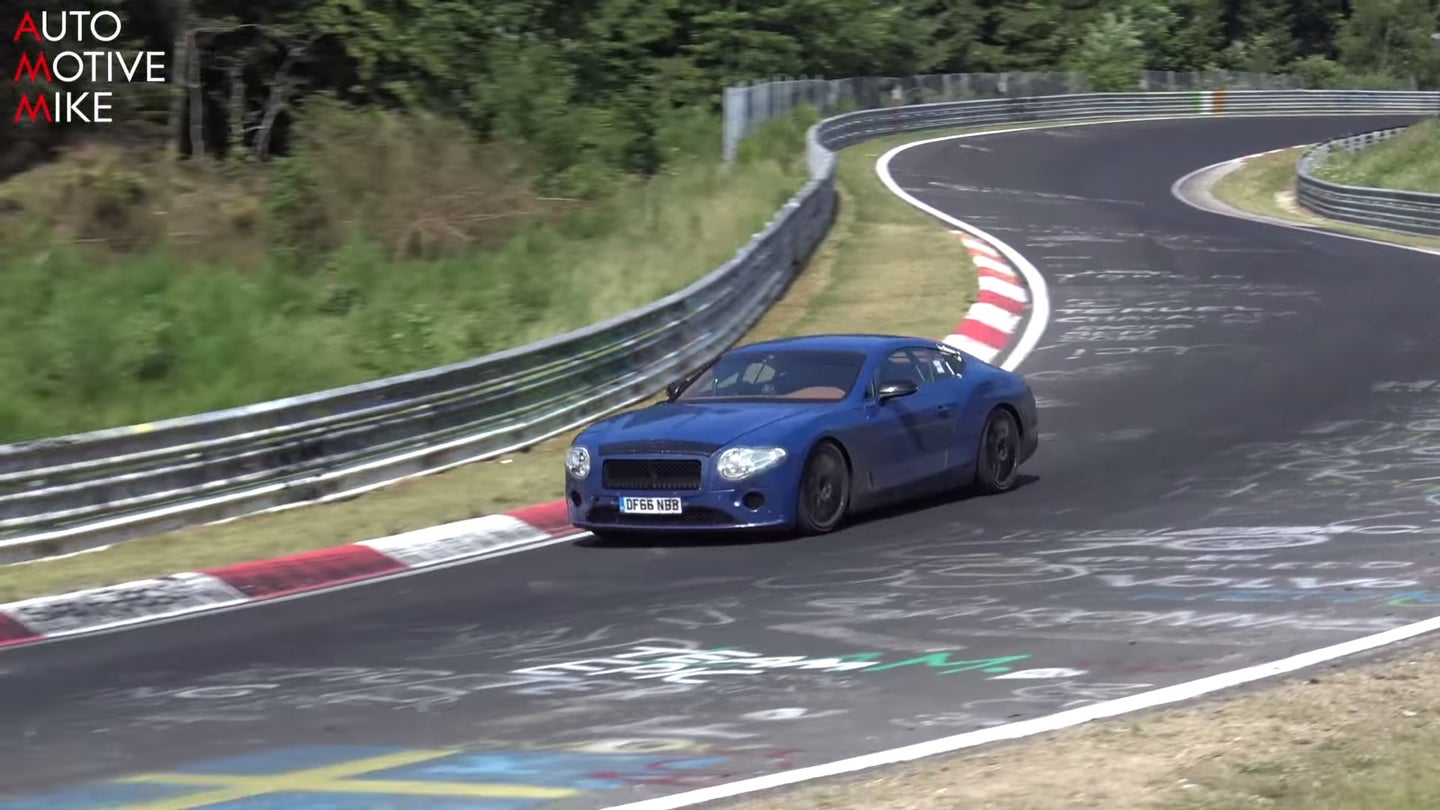 The next generation of Continental GT is currently in the works and it's rumored to get the same 600-horsepower, twin-turbo 6.0-liter W-12 engine from the Bentayga or an optional V8. Now, video footage has surfaced of it making its way around the Nurburgring, giving us one of our first glimpses of the upcoming, opulent grand tourer.

While still very much heavily-disguised, we can see front and rear fascia designs reminiscent of that gorgeous EXP 10 Speed 6 Concept and its drop-top electric brethren. And perhaps it's just video/test mule trickery, but this thing definitely looks lower and tighter than the outgoing Conti. The space between the top of the front wheel well and the top of the hood is clearly slimmer than before. This new Bentley should be a looker, then.

Previous reports also said that it'll ride on the same MSB underpinnings found on the new Porsche Panamera—a car The Drive's Chief Auto Critic Lawrence Ulrich recently deemed "the world's best all-around luxury car." Should make the next Continental GT more than competent on the road, as well as in photos. Uploader Automotive Mike says the platform will also be used in the next Flying Spur, which wouldn't be surprising to us at all.

A new Bentley coupe with supermodel good-looks and Porsche bones? Color us excited.