The new GFD1 racing drone by TGP will face off against a Formula E race car at the Brooklyn Cruise Terminal this Sunday.

The Federation of Drone Racing (FDR) made its announcement in a press release Tuesday that the Titan Grand Prix Racing Organization (TGP) will make its debut in a drone race challenge against Formula E race car at this weekend race in New York City. The event will be held at the inaugural Formula E Qualcomm New York City ePrix at the Brooklyn Cruise Terminal.

At the helm of these unmanned aerial vehicles (UAVs) will be champion drone race pilots Zachry Thayer and Jordan Temkin, piloting the Titan Grand Prix GFD1 drone publicly for the first time ever. This head-to-head challenge against the Formula E race car will consist of a "best out of 3" competition, wherein the victor is determined by a 2-1 lead.

The GFD1 packs a punch—it can lift up to 200 pounds and an earlier version of this model clocked in at 110 miles per hour. At that point, the Formula E car reached up to 140 MPH. This weekend will determine just how big of an improvement Titan Grand Prix made with this newer version. Were they able to add another thirty or forty miles per hour to their UAV? We'll just have to wait and see.

On Sunday at 2:30 p.m., we will get a chance to find out when the GFD1 fights for supremacy against the Formula E car on a third of a mile section of track, which includes a perilous hairpin turn. Regardless of the uncertainty and nervous anticipation, TGP owners Joe Herbert, Lee Baran, Joel Jackson, Adrian Taverner, and Scott Phan seem very assured in their press release.

"We are so happy to be working with FDR on this. The NYC ePrix is the perfect venue for introducing TGP and the GFD1 to the world. We have enormous respect for the Formula E organization. It's almost a shame the GFD1 will crush this race so hard." That's exactly the attitude one should have! Respectful, but confident, and eager to win.

Now, the GFD1 has eight propellers and is part of the largest drone racing class (dimension-wise) at 1100mm, measured diagonally from motor to motor. If that doesn't tell you much, just keep in mind that most racing drones these days are about 250mm large. Let's have a look at this beauty.

If you happen to live in the New York area and are even slightly interested in drone racing, this seems like the perfect opportunity to get involved, meet like-minded people, and catch some live drone racing action. For tickets, head on over to Formula E's website and secure your entry.

While the race will take place on Sunday, the owners and pilots will be around on Saturday in the eVillage FDR tent. And while there currently isn't much to see at FDR's website, we highly recommend keeping their website bookmarked, as there will be a lot of relevant information up there any minute. 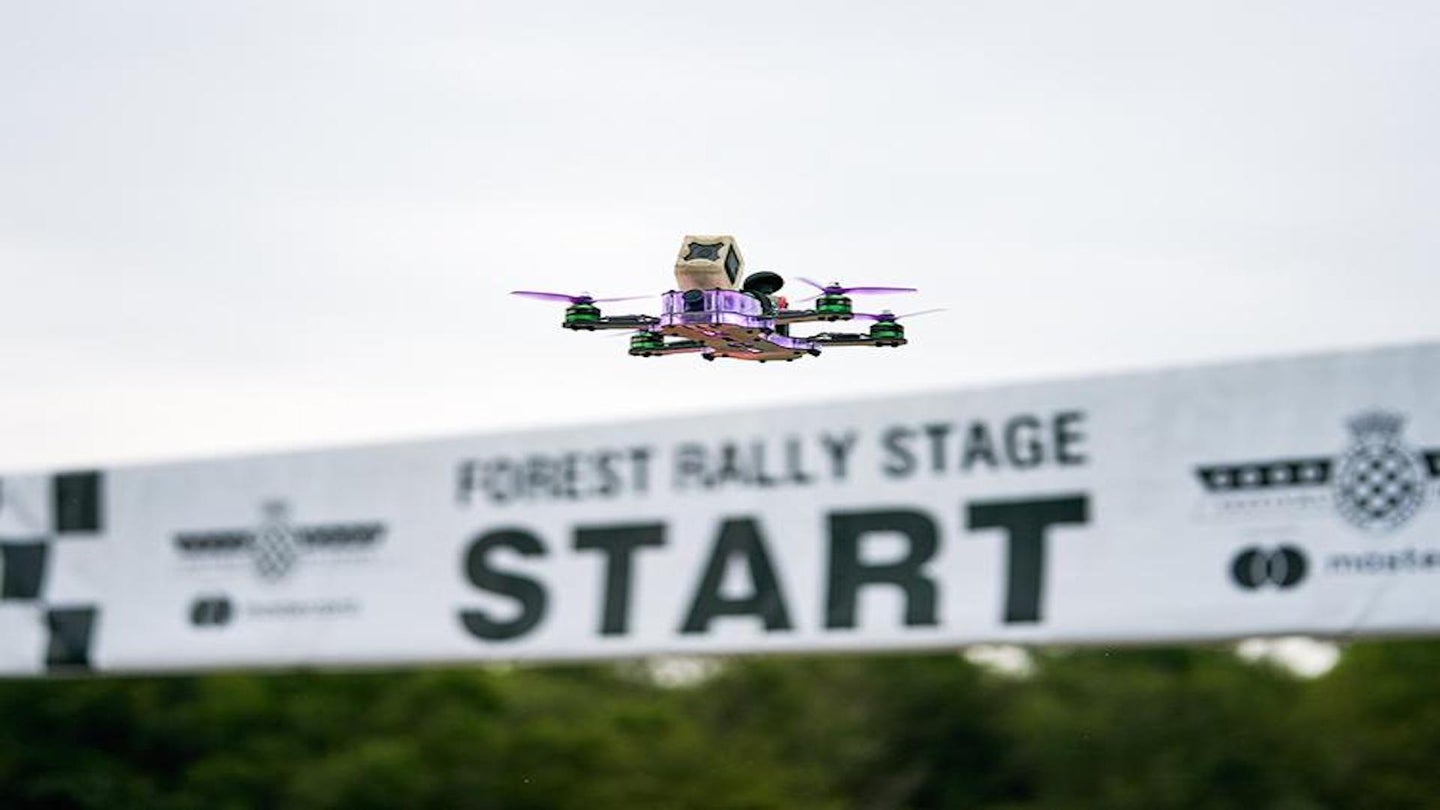 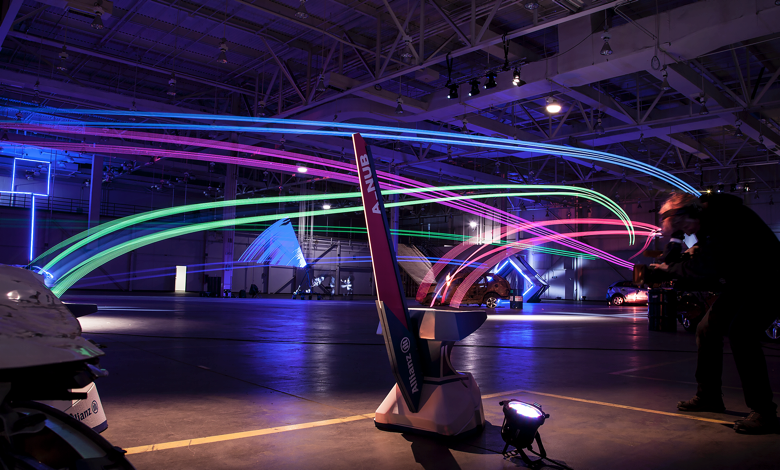 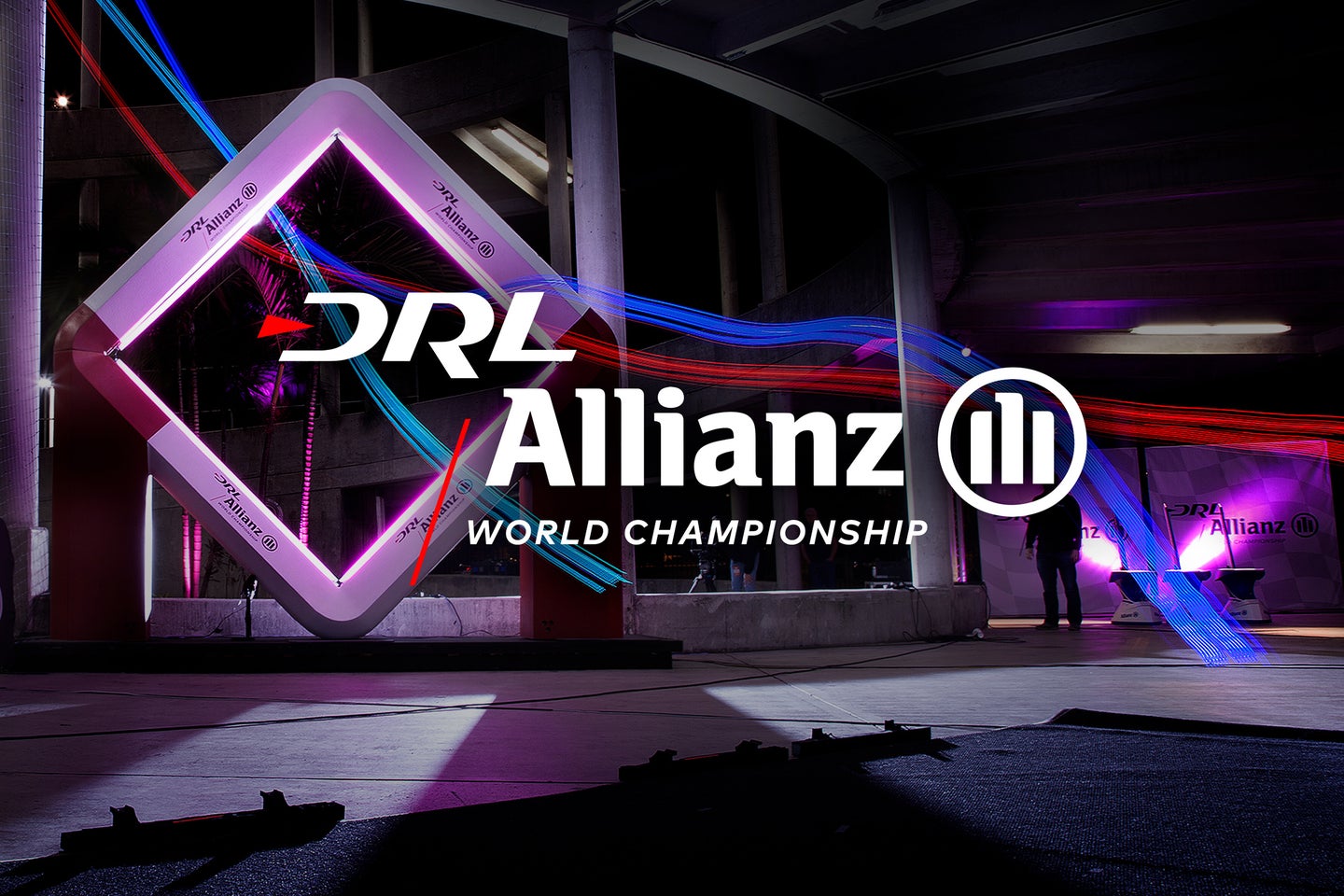