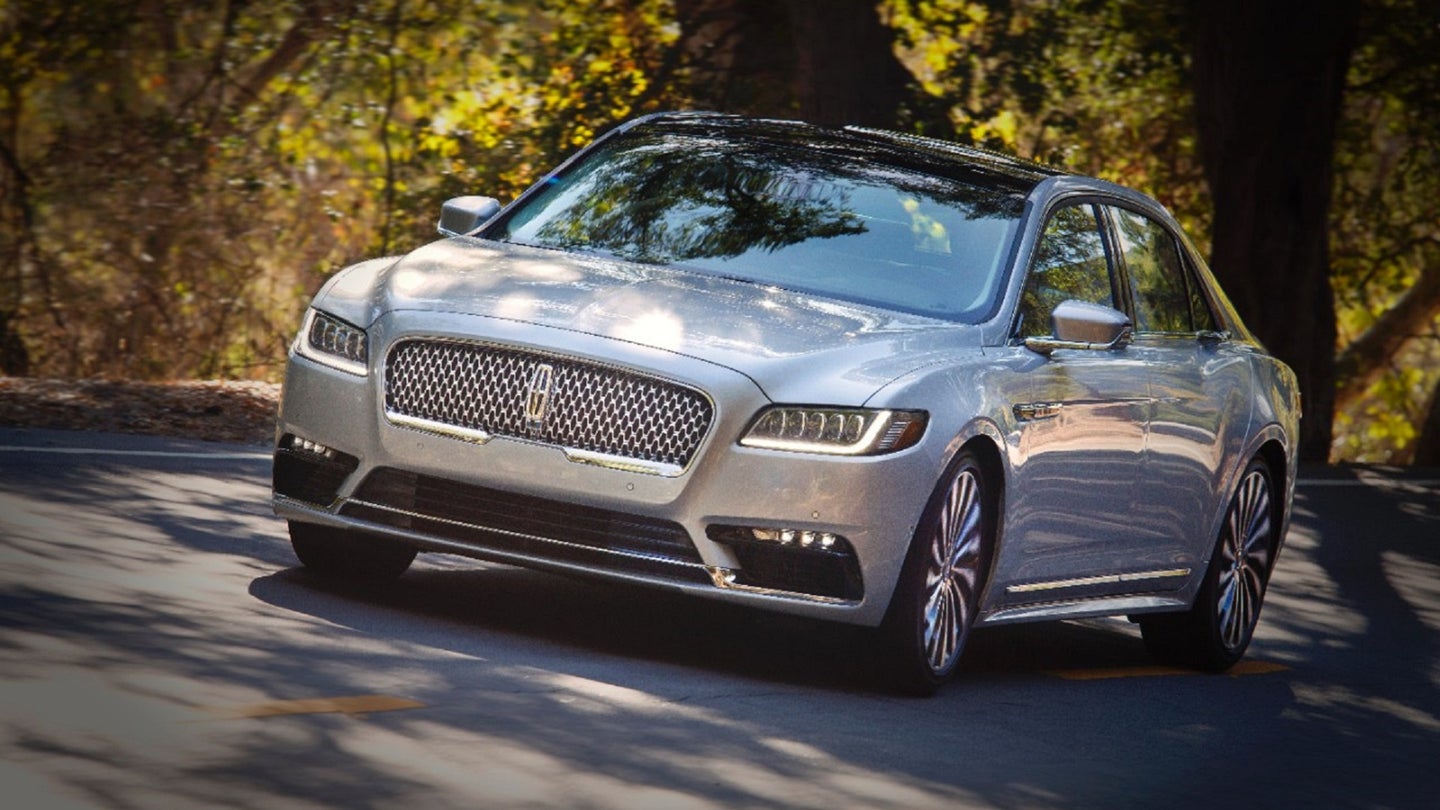 "This group of large cars includes some with stellar ratings, but our small overlap front test remains a hurdle for some vehicles," said David Zuby, IIHS Executive Vice President and Chief Research Officer.

This rating is a big win for the Lincoln Continental, an all new design that only debuted last year. The Mercedes E-Class also works a new design for 2017. The Toyota Avalon previously earned a Top Safety Pick rating. That apparently wasn't good enough for Toyota, so the automaker made a mid-year change in March to offer better headlights on the Limited and Hybrid Limited trim levels, which earn an "acceptable" rating to grant the Avalon the plus sign to its rating.

The fact that IIHS now takes headlights into consideration played a major role in this round of testing. All three cars that did not get a recommendation have headlights that earned a poor rating. The Chevy Impala passed all of the crash tests, leaving its headlights as the only reason IIHS did not recommend it. The same is true of the Ford Taurus, which did even better than the Impala but also lost out due to poor headlights.

Like the Toyota Avalon, Tesla also made mid-year improvements to the Model S to improve its rating. Previously, IIHS found that the Model S seat belt allows the driver's torso to move too far forward, allowing the dummy's head to strike the steering wheel through the airbag. Tesla revised the seat belt design in January to attempt to address this problem, but it did not help during the retest. The Model S still earned an "acceptable" rating in the small overlap front test. It also only recently had its software for automatic braking activated, so its front crash prevention wasn't tested. The Model S, too, has poor headlights, and would not have earned a rating even without these other factors.

All six of these large sedans did fairly well in crash testing. Some did better than others, but all do a good job of keeping you safe in a crash. But it's also a sign of how important it is to have good headlights for IIHS testing. Without them, even a car that handles crashes well can lose out on their precious awards.