An angry lodger allegedly defaced the landlord’s white BMW, causing $22,000 worth of damage. 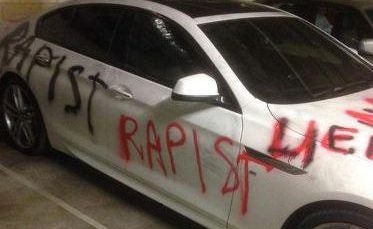 Imagine spending $70,000 on a luxury sports sedan. Then imagine waking up one morning to find it covered in graffiti. That's the story of a London landlord named Ovace Miller.

Pop turned herself in to the Charing Cross Police station four days after the incident. However, the damage was done to the 6 Series gran coupe to the tune of £17,000, equivalent to almost $22,000—roughly equivalent to the base price of a 2017 Honda Accord.

Appearing at Southwark Crown Court today, Ms. Pop denied engaging in racially aggravated criminal damage. Judge Andrew Goymer has set a trial date for October, saying "I will readmit the defendant to bail with the condition that she does not contact the complainant either directly or indirectly." Pop has posted bail and will face trial on October 2nd.

Plus, a portable pizza oven by BioLite and great New England beer from Kelsen Brewing Company.