Cloudy with a chance of First Amendment rights at the DMV. 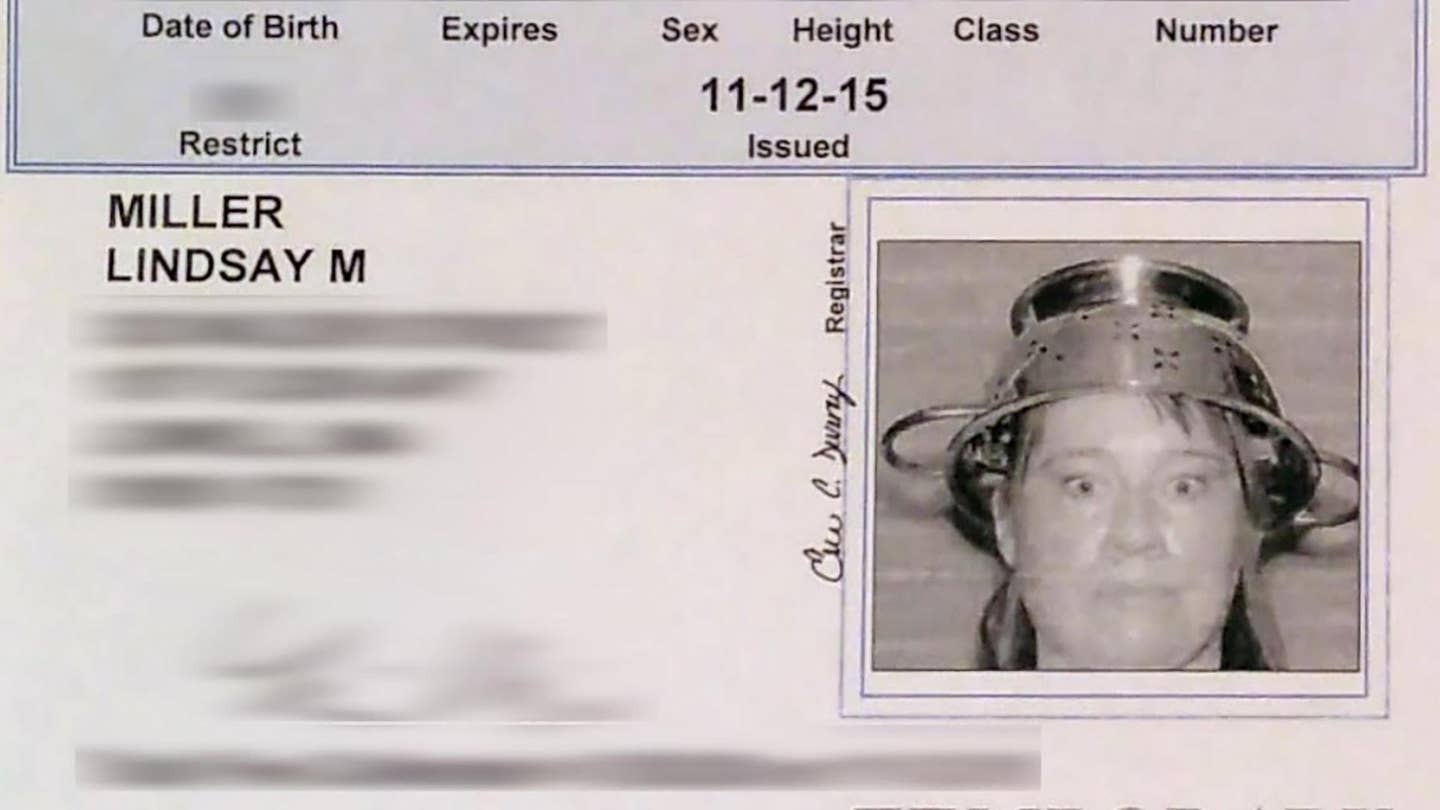 Pastafarianism—a religion whose basic tenet is that the universe was created by an airborne “spaghetti monster.” Part piety, part satire. (We think). It’s well-known by constitutional law students, a dogmatic exercise meant to test the freedom of religious expression. Now, Lindsay Miller of Lowell, Mass., has won the right to wear a colander, the traditional Pastafarian garb, in her state-issued driver’s license. It was not without some effort.

In August, at Miller’s first attempt, state employees invoked a rule from the Massachusetts Registry of Motor Vehicles, which prevents drivers from wearing head coverings except for medical or religious reasons. The colander, clean and absent any flecks of basil or slicks of extra-virgin olive oil, was nonetheless forbidden on the grounds that it was not a legitimate expression of religion. Only after contacting the Secular Legal Society, a group of lawyers affiliated with the American Humanist Association, was Miller able to file an appeal and win the right to appear colander-coiffed in her driver’s license photo.

The ur-text of the Flying Spaghetti Monster was written in 2005 by Bobby Henderson, a 24-year-old graduate student in physics, in the form of an open letter to the Kansas State Board of Education. In the letter, Henderson argued his belief that the FSM created the universe was supported by as much empirical evidence as that supporting the theory of Intelligent Design. He expressed hope that we might look forward to a time when public school curriculae proffer all three creation stories.

Henderson, who runs the religion’s website and authored The Gospel of the Flying Spaghetti Monster, has this to say when asked about his (likely parodic) religion’s legitimacy:

“With millions, if not thousands, of devout worshipers, the Church of the FSM is widely considered a legitimate religion, even by its opponents—mostly fundamentalist Christians, who have accepted that our God has larger balls than theirs.”

The balls, of course, are meat. Congratulations to Lindsay on her solid use of the First Amendment, and a heaping plate of spaghetti to all, disciples and heathens alike.