Springtime for Mercedes, and Germany. 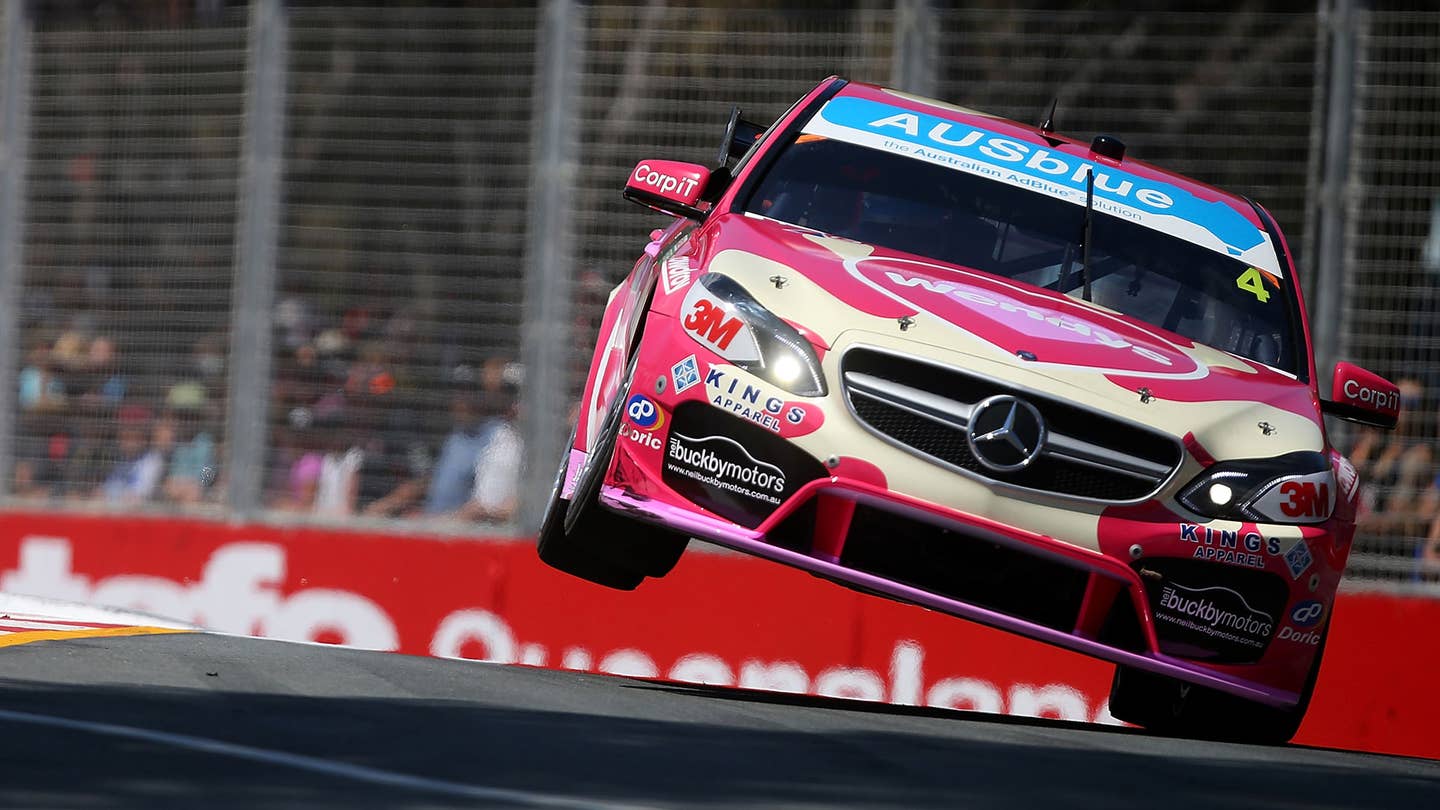 This is it. The flying German striking fear in the hearts of otherwise wide-eyed and ruddy-cheeked Australians. It is not a Messerschmidt; it is a Mercedes E-Class, the lozengey saloon for junior executives. V8 Supercars used to be a two-marque—nay, two-model—racing series, a hodge-podge of Ford Falcons and Holden Commodores. Now, it’s an international affair: the roster including Nissans, Volvos and, yes, Mercedes. It’s an invasion on Australia’s turf, land of desert and beach, in which only domestic-market muscle once thrived.

This photo catches interloper Ash Walsh in the No. 4 Erebus Motorsports V8 car during practice before the Gold Coast 600. (“We talkin’bout practice here!”) He’d go on to finish 19th, meaning that, for one more season at least, Australia’s burly V8 home teams fly highest.