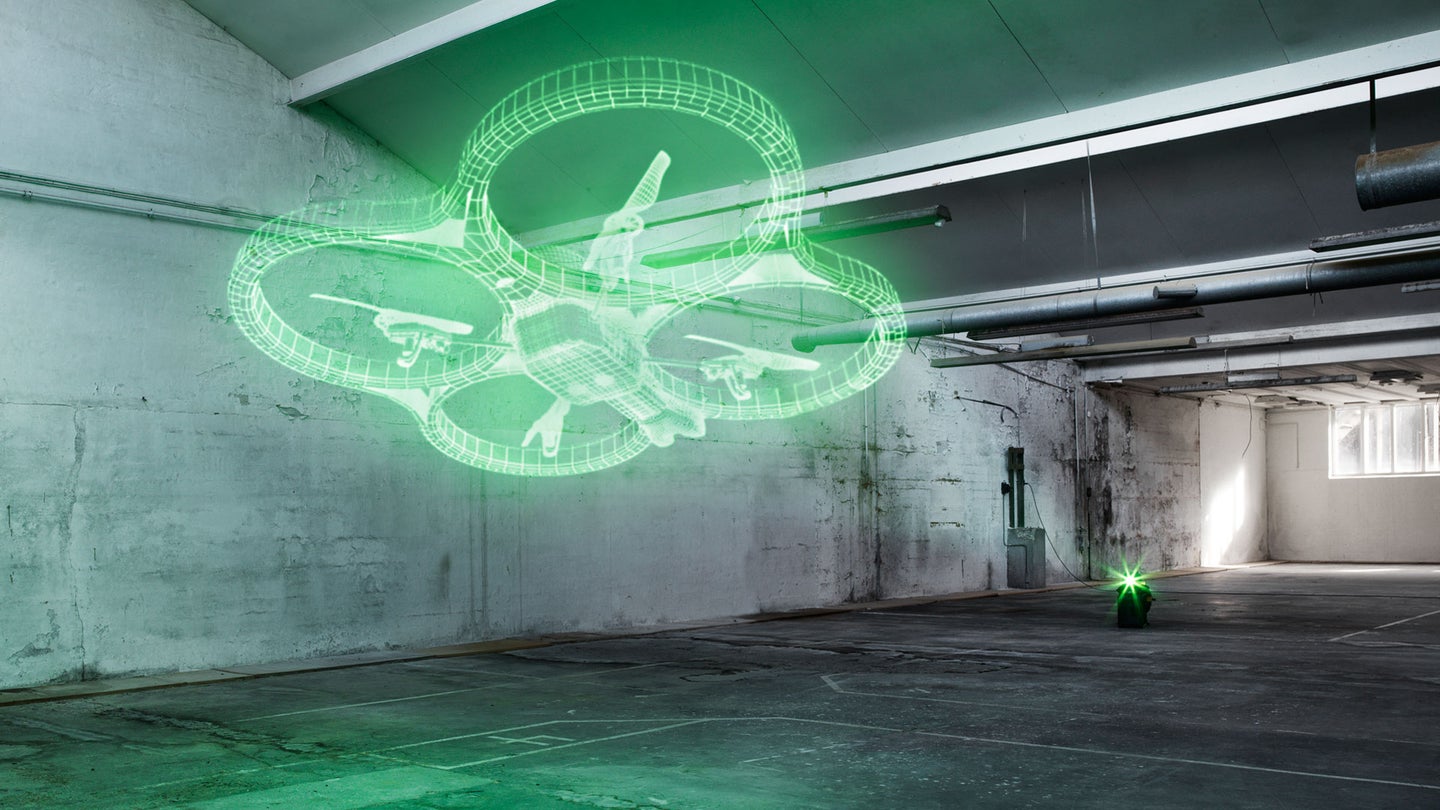 Since the 1960s, the sounds of science fiction have helped to conjure a sense of otherworldly performance. A high-pitched warble and whoosh meant light speed, or maybe carving through trees impossibly fast on some kind of hovering, motorcycle-like thing. All of a sudden, a couple hundred miles an hour in the real world, across the Bonneville Salt Flats or around the high banking at Daytona, didn't seem so fast. Compared to Star Wars, the growl of a piston engine or the whine of a jet just didn't cut it anymore.

But it wasn't real. We could see it, and we could hear it, but we couldn't touch it. Imagination had outpaced engineering. The speed records flagged and supersonic booms were fewer and farther between. Hauling ass kinda lost its sheen, the polish applied elsewhere: to technology, to other miracles. To Gorilla Glass, maybe; about the time we decided glass shouldn't shatter when fumbled onto concrete was about the time we started piping synthesized engine noises into our cars. That was a special kind of defeat.

Cars are faster than they've ever been. Safer, too. But the giant leaps in performance technology have become increasingly underwhelming. Piston engines are great, but the edge of that envelope is to be found elsewhere when you can buy 700 horsepower with a warranty.

Manufacturers point to Formula E as the future. Electrified racing on city streets! Minimized emissions! World-class drivers! It should be good. It isn't. It's safe, commoditized racing with a common chassis, a familiar cast of characters, and the thick stink of professional marketing—NASCAR by another name. Or it would be, if it had an audience.

What we wouldn't give for an all-electric, open-wheeled Unlimited Class shooting war between legacy manufacturers and tech-driven newcomers. Maybe Formula E's getting there. The cars are fast. They make noise. The technology, if not earth-shattering, is at least interesting. Development rules were opened up last year, and teams are building their own motors and gearboxes and cooling systems. It's a start. But the wildness is still missing, and with it, the surprise.

Technology might finally be at the point where the truly new and weird can break a heart like the old, beloved, and analog. Take the early video of Toyota's hybrid TS030 Le Mans car in a test session: Aesthetically, it was a deeply appealing thing. Long, low, dangerous. Then, it pulled away from the garage with a powerful electric whine, and toward the end of pit lane the V8 engine lit. Angels sang, wildlife took flight, and anything with ears took sat up straight. This was Grappelli and Reinhardt playing together and inventing a new thing. It put KERS and all the invisible solutions in context. It was uncompromising.

Of course, race cars have always been at the forefront of the newest coolness. Today, we got a "holy shit!" moment from the most unexpected of sources: a drone.

Andrew Siceloff, our senior video editor, is hard into drones. He shares drone racing videos on our internal chat; he ogles drone stunts; he fantasizes in FPV. He generally behaves like a mouth-breathing car enthusiast does around an exotic quad-rotor. Today, he shared this:

The name of the video reads like something off a Wi-Fi router, and it's near impossible to keep your eye on the drone. But what you're hearing is familia: it's the sound of a machine getting wrung out. Anyone who's listened to two-stroke Grand Prix bikes, or V-10 F1 cars will tell you the same. But there's another something familiar, too. Listen to Star Wars. Listen to The Jetsons. That strangled warble is the sound of the technology we grew up imagining—"the future," now the present, somehow sounds exactly like what we thought it would all along. Don't believe me? Here's a Star Wars sound generator. Play around with it. It's uncanny.

This is performance beyond us and what our fragile bodies can handle. Carbon struts and tiny, lightweight batteries, obscenely powerful motors and resonating props. Scaled to human-size, it'd be the most dangerous thing in the world. Watch that video and tell me you don't want a ride.

The sound of a machine on the edge is, for whatever reason, pretty unmistakable, regardless of origin. It applies to tools and engines, even raw metal twisted to its breaking point. You can hear something at its limit before your eyes can see it. Have no doubt: there's a new and fascinating limit being pushed here, and like the hot-rodding days, it's populist, and inexpensive, and damned exciting. Out there, hating every word, is a combustion-loving old guard, indifferent to electrified racing and the sea-change in high-performance technology. For them, only a pushrod V8 will do.

They're idiots. This racket? This is the future.