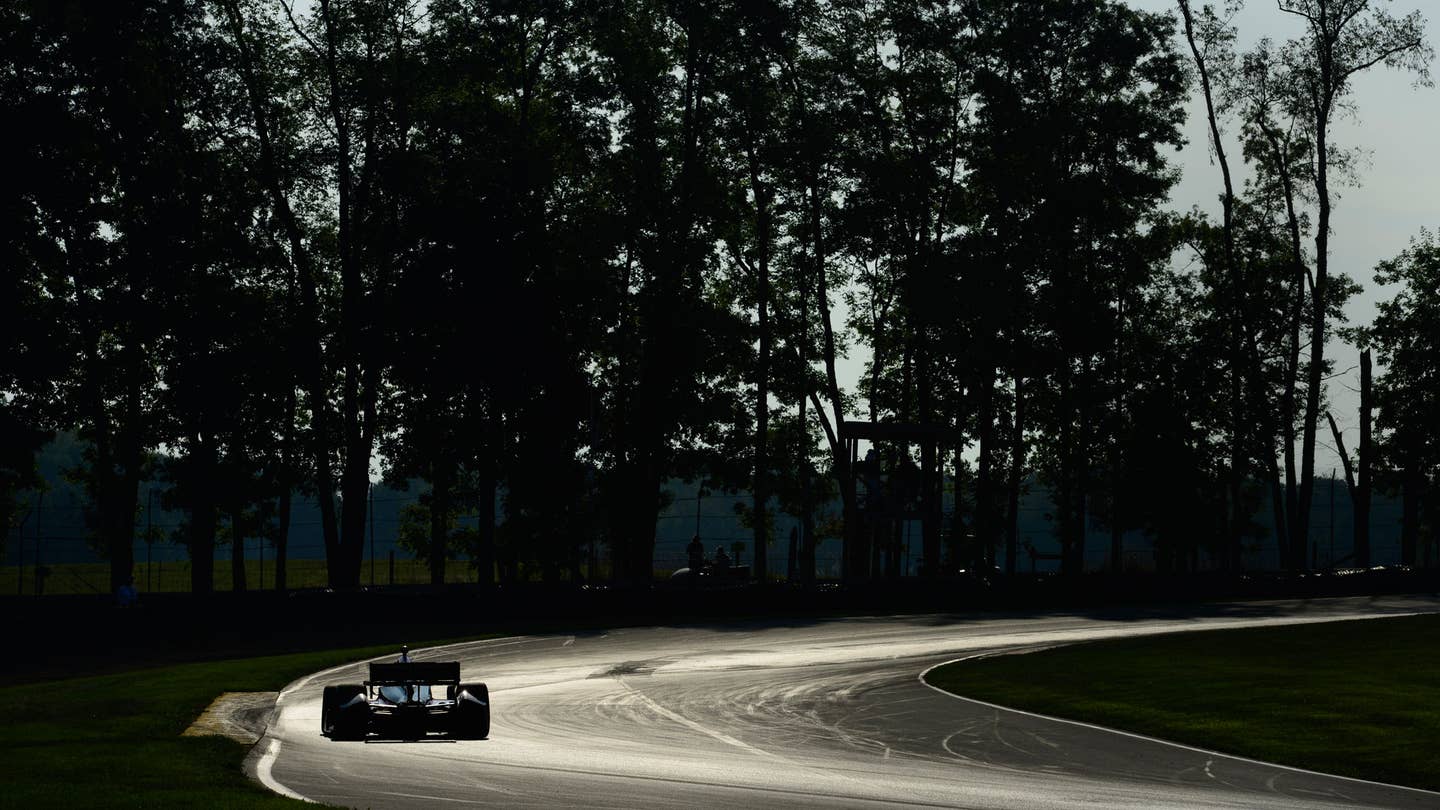 My dad is a golf fanatic. He’s also a natural athlete and incredibly focused on things he enjoys doing, so he’s irritatingly good at it. He played both basketball and soccer at the University of Pennsylvania, earning himself a full scholarship for the latter. And when baby boomers grow up and get real jobs, golf becomes the standard activity. In pursuit of that passion, we’ve played golf together all over the world, and some of the world’s best golf right at home where I grew up, in Westchester County, New York. We were members at the Quaker Ridge Golf Club, an unforgiving, intimidating, infuriating place—until you got it right. Success there feels like conquering Goliath. (Ironically, Goliath is the name of a giant alligator which rules the 16th tee at my dad’s other golf club, but that’s another story.)

Quaker Ridge’s reputation always worked against it, making a good round that much sweeter. In my entire life, I’ve had maybe 10, 15 rounds there—out of hundreds—that I’d consider "good." Less than 5, in which case I’d walked off the 18th green feeling like I’d actually conquered the course.

A.W. Tillinghast, one of the most prolific golf course architects of the 20th Century, designed the course at Quaker Ridge. With over 260 courses to his name, Tillinghast can be credited with Winged Foot, Bethpage Black, Baltusrol, Sleepy Hollow Country Club, and Quaker Ridge—and that’s just New York. All of them have one thing in common: they are brutally difficult.

Growing up, I hated it. It’s a monster; the length of a standard, par-72 course, but it’s only par-70. There is no warm-up tee or driving range whatsoever, and the first six holes are out-of-bounds on the right. If you’re not hitting straight, you’d better stock up on balls, because those woods are either foot-deep ivy or someone’s backyard. The greens are notoriously fast, with greenskeepers who manage to find the most difficult pin placements; I suspect they do it just to antagonize the membership. The rough is always cut deep, like the US Open might just show up one day, and though relatively little water flows through the course, it’s always in a place where if you’re a bit off, that’s where you’ll end up. When you’re an 18 handicap, or worse, Quaker Ridge is the seventh circle of hell.

That’s basically how I’d describe the place on the drive over, to whomever I was golfing with that day. By the time we got to the first tee, they’d be shitting themselves with fear—of a fucking golf course. Ten to one, they slice into the caddy shack off the right of the first tee. I’d take that bet all day, even against myself. Funny thing was, other courses, more modern ones, with more bunkers, and more water, and, gimmicky blind shots, and island greens, never seemed as difficult as that old school formula: long, narrow, and unforgiving to the sides, following the natural terrain. Quaker Ridge just celebrated its centennial, having changed very little over the course of its lifetime.

Now, take that diatribe about Quaker Ridge, translate it from golfspeak to carspeak, and that's exactly how Mid-Ohio Sportscar Course was described to me, by basically everyone I know, before I went there to race.

“The esses are so narrow, don’t even think about passing there.”

“If it’s cold or raining, the place is like ice, and there’s no runoff.”

So you’re expecting some psycho roller coaster of a track that wants you dead at every possible opportunity, and I’m going there to race with the guys (and a gal) from Road & Track, all of whom have lots of laps there. So I go to CXC Simulations in El Segundo to at least figure out what corners go where. They set me up in one of their full-motion sims with the exact MX5 Cup I’d be running, on the same tires, and let me lap for an hour to get a feel for the place. After 40 minutes I set my fastest (simulated) lap time on an empty course with no consequences that can’t be solved by a reset button, running a 1:42.1.

And thank the bejeezus I did some sim time, because when I showed up at Mid-Ohio for practice and qualifying, it was cold and raining, meaning there would be no practice, and no qualifying for this particular American Endurance Race, at least not for this team. They are from Ohio, and they know better than to risk the car, considering it would, theoretically, be dry for the race, and in an eight-hour race qualifying order isn’t significant. My first ever real laps of this track would be during the race itself.

Instead, Jack Baruth runs me around Mid-O in the wet for just a few sighting laps, in the modified Ford Fiesta ST that I sold to his wife, Danger Girl, earlier this year. First off, credit to modern simulators; the place is identical, and so I’m immediately familiar with the layout, so Jack focuses on showing me offensive vs. defensive lines; but he doesn’t get very far, as he’s constantly interrupted by wheelspin, understeer, oversteer, and even ABS engagement, even at sub-street speeds. We’re talking 30 to 40 miles per hour on all-season tires and the car has no grip at all. We witness a BMW E36 race car spin out mid-pass, then the car being overtaken, also an E36, spins out as well. I couldn’t believe people actually raced in conditions like these; it was the slickest racing surface I’ve ever seen. It seems at least some of those warnings about Mid-Ohio were not, in fact, exaggeration. And yet the people who called it home absolutely loved it, in the way I hate/love Quaker Ridge: I hated playing it, but I loved telling everyone else I belonged there. Having your home course be hard and intimidating is a wonderful advantage to have.

You can smell the history there, and at other courses like it. Virginia International Raceway, Watkins Glen, Brainerd International Raceway, Road America, Lime Rock, and other mid-20th century circuits, which, it seems, were simply laid down over the existing terrain. Blind crests, areas with little-to-no runoff, tarmac that evolves with time, patchwork asphalt or granite filling in weathered cracks. Part of the charm is in the scenery, but really, it’s just that they're super fun to drive, with changing radius corners, blind crests, and big-G-loading compressions.

There isn’t a Tillinghast equivalent for the old race courses; most tracks back then were built by locals, for their own personal use. Their reputations traveled far and wide, attracting club racers, endurance racers, and even Formula One. But now, those cars are too fast for the old tracks, and these places have returned to their roots—club racing, track days, and amateur endurance races, where speed of car and layout of track are more in line with one another. So people don’t die (as much).

The closest modern equivalent to a Tillinghast, at least by quantity, has to be Hermann Tilke, designer of many of the courses on today’s Formula One calendar. The hits include Istanbul, Sepang, Shanghai, Yas Marina, and of course, the Circuit of the Americas here in Texas. You’ll probably recognize any one of Tilke’s circuits, since he’s been widely criticized for making them all look and feel exactly the same. And I’ll jump on that bandwagon; as a casual F1 fan, I can often turn on a race and, in the 2016 calendar, have no clue where the race is by looking at the track on TV.

Now, to Tilke’s credit, Formula One cars have become so fast, and the sport has seen such a focus on safety, that to a certain extent, Tilke’s hands are tied. Wide tracks, gigantic constant-radius corners, acre after acre of runoff; we can probably credit Tilke for personally saving at least a few lives in F1 thanks to his safer circuit designs. The cars themselves are safer than ever, but can you imagine a modern F1 race at Mid-Ohio? Or Watkins Glen? Contact with walls wouldn’t just be a possibility; it would be inevitability. It would be irresponsibly dangerous, and yet, I’d really like to witness that.

With a modern, Tilke-designed circuit, you need a very, very fast car to make a lapping day interesting. I haven’t been fortunate enough to test many of these tracks in person, but thanks to simulators, I can get the idea. And a club race, HPDE day, or amateur endurance race simply isn’t as fun on a track like that. Just like playing a round of golf at some upscale, modern Tom Fazio resort course, designed in CAD, isn’t nearly as rewarding as conquering one of the Tillinghast giants.

That’s not to say if American Endurance Racing held a race at COTA, that I wouldn’t show up and compete on principle; far from it. I think it would be an interesting experience and probably the fastest race on the calendar. But in an E30, or an MX5 Cup, or even an old M3, like we see in the majority of the AER field, it would be dull with a side of “we’re not worthy.” Imagine the F1 garages, steel, concrete and glass, filled with decade-old rusted out race cars with silly names? The scene doesn’t fit the crime. You need the freezing, rusting, stinky garages at Mid-Ohio for budget endurance racing; everything just fits.

I came away from my 90-minute session at Mid-Ohio rewarded. I didn’t set a lap record, and I wasn’t even the fastest guy on my team, with a best lap of 1:48.1 (with the chicane configuration, as opposed to the chicane-less “Pro Course” I practiced on the sim) but the way people spoke about it, they made a strong lap or series of laps seem an insurmountable task, but it isn’t.

The course is very hard, with almost no level ground. Blind crests through the esses must be taken in confidence, and turn 11 coming out of Thunder Valley really is the fastest corner on the track, off camber in fourth gear, with quite a bit less runoff than it probably should have. But when you put a lap together, it flows so nicely, even in a car with just 200 horsepower, that there’s nothing like the satisfaction of a good lap there. As far as racing venues go, Mid-Ohio is probably America’s best-kept secret, with all the history and the elements in place for a spectacular amateur race. Hermann Tilke would probably want to tear the place down and build an Autodrome, and maybe F1 racing could come to Ohio. A.W. Tillinghast probably wouldn’t change a thing. Neither would I.

But seriously, God help you if you have to race there in the wet.