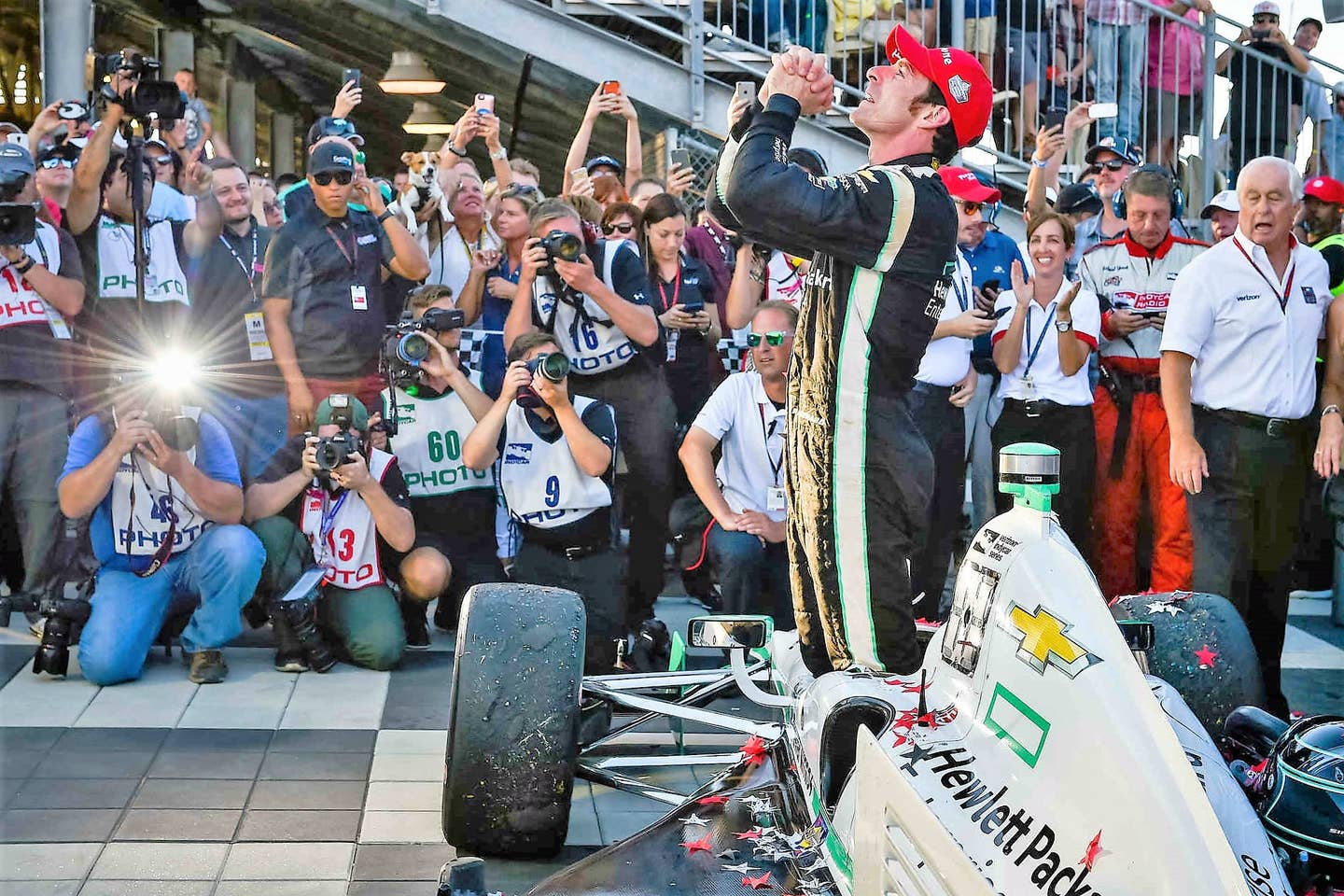 File it under “Couldn’t Happen to a Nicer Guy:” Simon Pagenaud coasted to the victory at Sunday’s IndyCar season finale at Sonoma Raceway, and coasted to the 2016 IndyCar title after his closest rival, fellow Penske driver Will Power, suffered clutch problems on lap 36.

Pagenaud’s powerful season was the ultimate validation for team owner Roger Penske’s decision to add a fourth car to his team, when plenty of detractors thought it would sap resources from the current trio of Power, Helio Castroneves and Juan Manuel Montoya. And maybe it did – Montoya and Castroneves had an up-and-down year, but Pagenaud scored seven poles and five wins, but still seemed almost to be running under the radar given his success.

First-time champions are seldom a bad thing for a series, and Pagenaud should serve IndyCar well.

Of note: Graham Rahal finished second at Sonoma, once again leading the Honda effort and topping off a solid season for a one-car team battling the Chevrolet juggernaut. Indy 500 winner Alexander Rossi also ran maybe his best race of the year – and that includes his lucky Indy win – finishing fifth, but he ran out of fuel just short of the finish line while running fourth, which allowed Andretti teammate Ryan Hunter-Reay to squeeze by.

Interestingly, in the post-race interview, the reporter casually asked, “See you next year?”

“We’ll see,” a dismissive Rossi said, which almost suggests he has another opportunity for 2017 aside from IndyCar, which you’d think would only be a return to Formula 1. Which seems unlikely.

It was an entertaining season for IndyCar, stable and consistent, something the series badly needed.