It follows the seven-time champion’s career from karting onwards and features interviews from his family, friends, and most intense rivals. 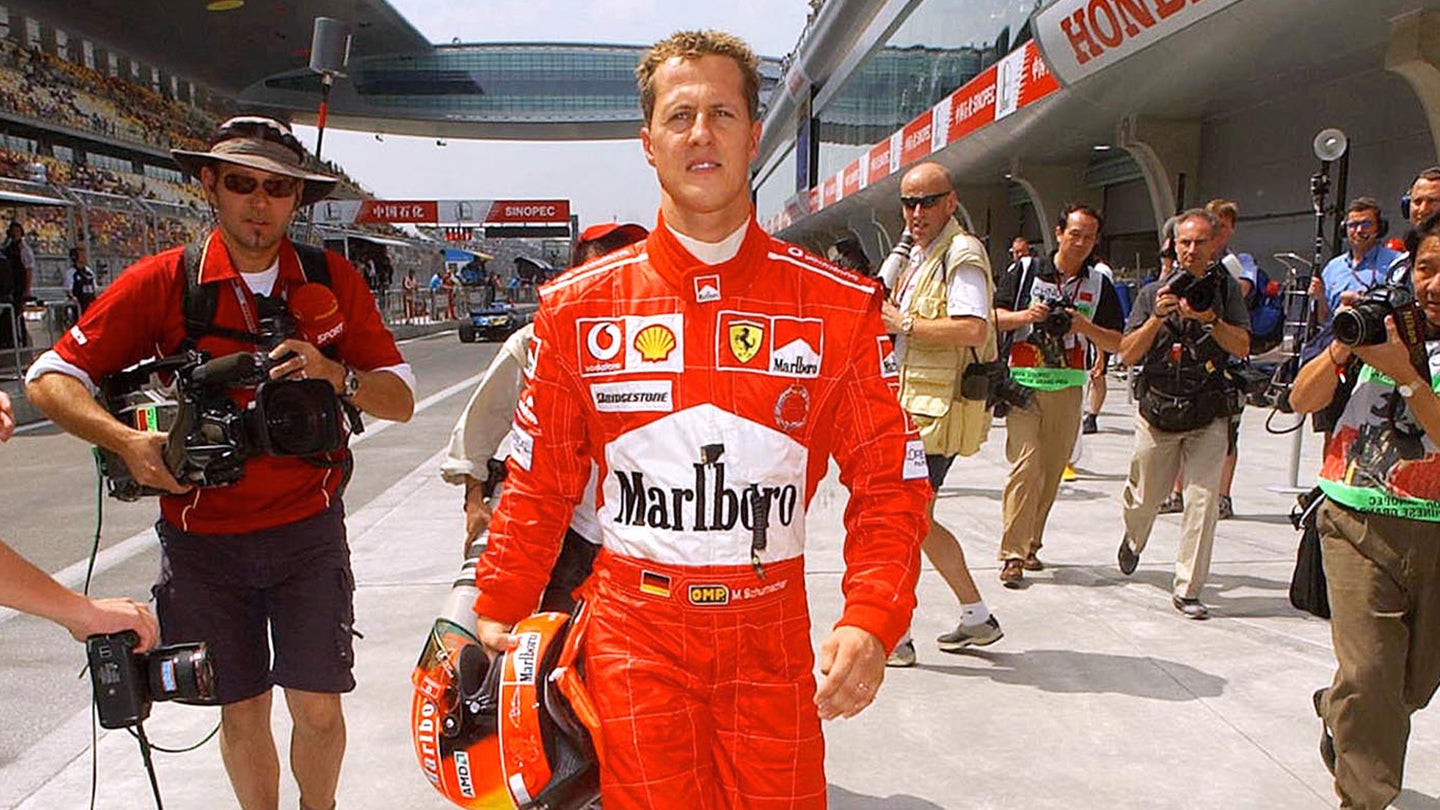 For Formula One fans who watched Michael Schumacher win what felt like every race in the late '90s and early 2000s, these past few years have been strange. They went from seeing his face constantly to only hearing his name every so often after a near-fatal skiing incident in 2013. While he remains in the care of his family, speaking with close friends, it's been nearly a decade since he's appeared on any broadcast, and his personal life is extremely private.

As F1 and Netflix announced on Friday, however, there will soon be a documentary on the seven-time champion with footage and interviews that have never been released before. The film, simply titled Schumacher, has been approved by his family and includes appearances by former F1 boss Bernie Ecclestone, FIA chief Jean Todt, as well as his wife, Corrina, and children, Gina and Mick. Several of his closest driving rivals are also featured in the film.

F1 calls it a "definitive" work that follows Schumacher's career from karting onwards, and it'll launch just over 30 years after his race debut at Spa in 1991. The racing icon's long-time press officer Sabine Kehm had this to say of the upcoming movie:

"Michael Schumacher has redefined the professional image of a racing driver and has set new standards. In his quest for perfection, he spared neither himself nor his team, driving them to the greatest successes. He is admired all over the world for his leadership qualities.

“He found the strength for this task and the balance to recharge at home, with his family, whom he loves idolatrously. In order to preserve his private sphere as a source of strength, he has always rigorously and consistently separated his private from his public life.

“This film tells of both worlds. It is his family's gift to their beloved husband and father.”

Schumacher was produced and directed by the same duo who worked on the documentary covering German tennis star Boris Becker. It will be released on September 15.