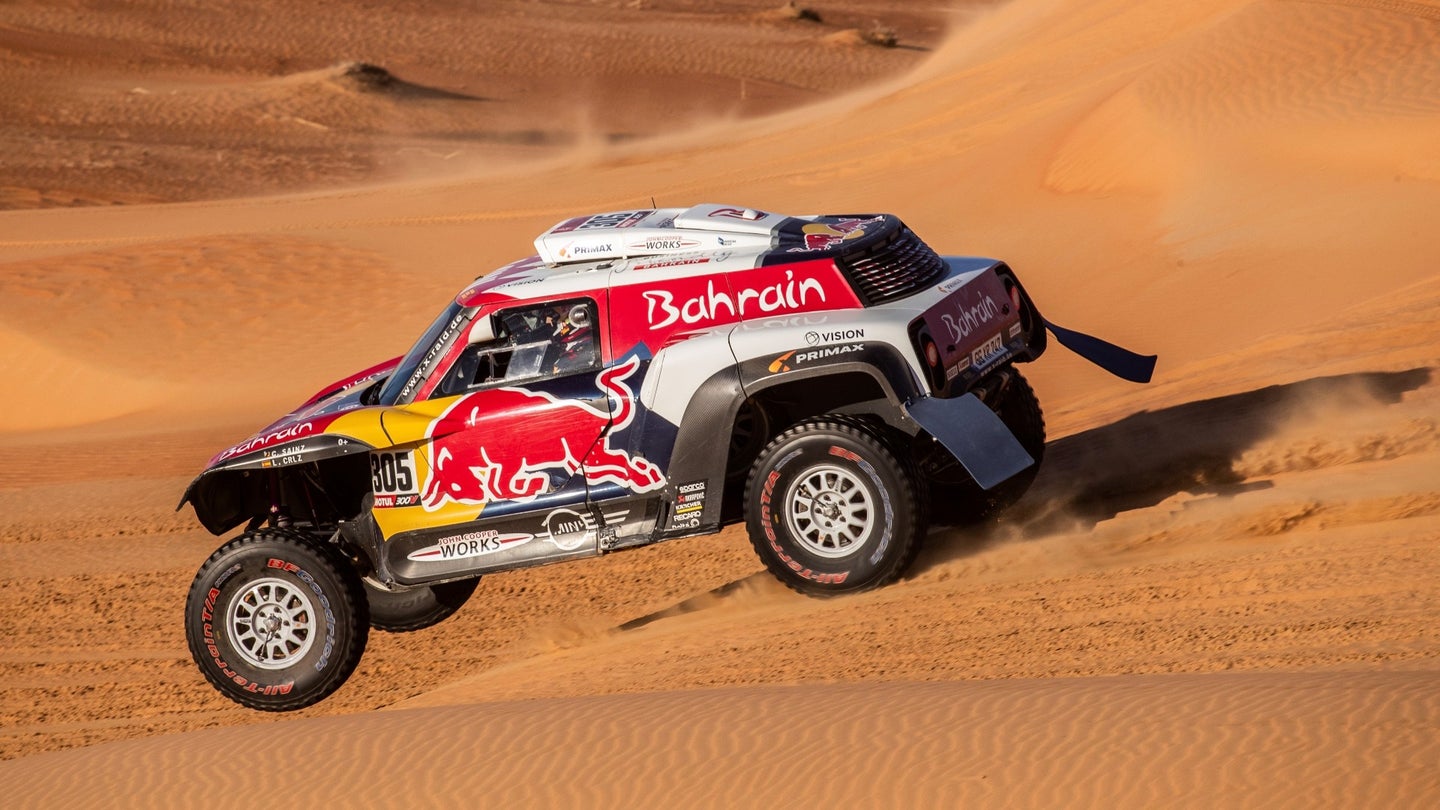 Shortly before the green flag fell on the 2021 Dakar Rally, the FIA decided to implement a speed limit on five categories of four-wheel vehicles. Entries in the T1 and T2 classes—the event's speediest cars and SUVs—are now restricted to 112 miles per hour while vehicles in the T3, T4, and T5 categories, which include light prototypes, UTVs, and trucks, are limited to 81 mph. Motorcycles and quads have already been running under speed limits in previous events.

As Motorsport explains, the new rule came after heavy lobbying by Toyota. This is where the going gets messy as the Japanese automaker reportedly wished to keep the X-Raid Mini cars from running away on the faster stages. The rivalry runs deep, and Mini machines have taken the class win at Dakar in five of the last nine years. Toyota, for reference, last captured victory in 2018 with Nasser Al-Attiyah and Matthieu Baumel piloting a kitted-out Hilux.

"If it was fair or not is debatable, but for sure was something that was put in place because Toyota was really pushing a lot for it,” X-Raid Mini chief Sven Quandt told Motorsport.

According to the X-Raid team’s press materials, “When these [speed-limited] vehicles enter a bivouac, compliance with these limits is checked by means of the electronic road book 'Tripy.' In case of multiple exceedances, even the fastest race car of the respective team can receive time penalties."

The Dakar is being held entirely in Saudi Arabia, largely due to COVID-19 concerns. It kicked off Jan. 3 and ends Jan. 15. It was planned to be run through an additional country or two, like Egypt or Jordan, but COVID protocols led officials to decide against crossing borders. The event begins and ends in the city of Jeddah, where Formula 1's Saudi Arabian Grand Prix will also be held.

Stage one is already complete at the time of this writing, and X-Raid Mini driver Carlos Sainz won the T1 car category over Toyota.

No report yet on whether anyone received a speeding ticket.