Then think about how stressful it must be for the guy sitting beside him. 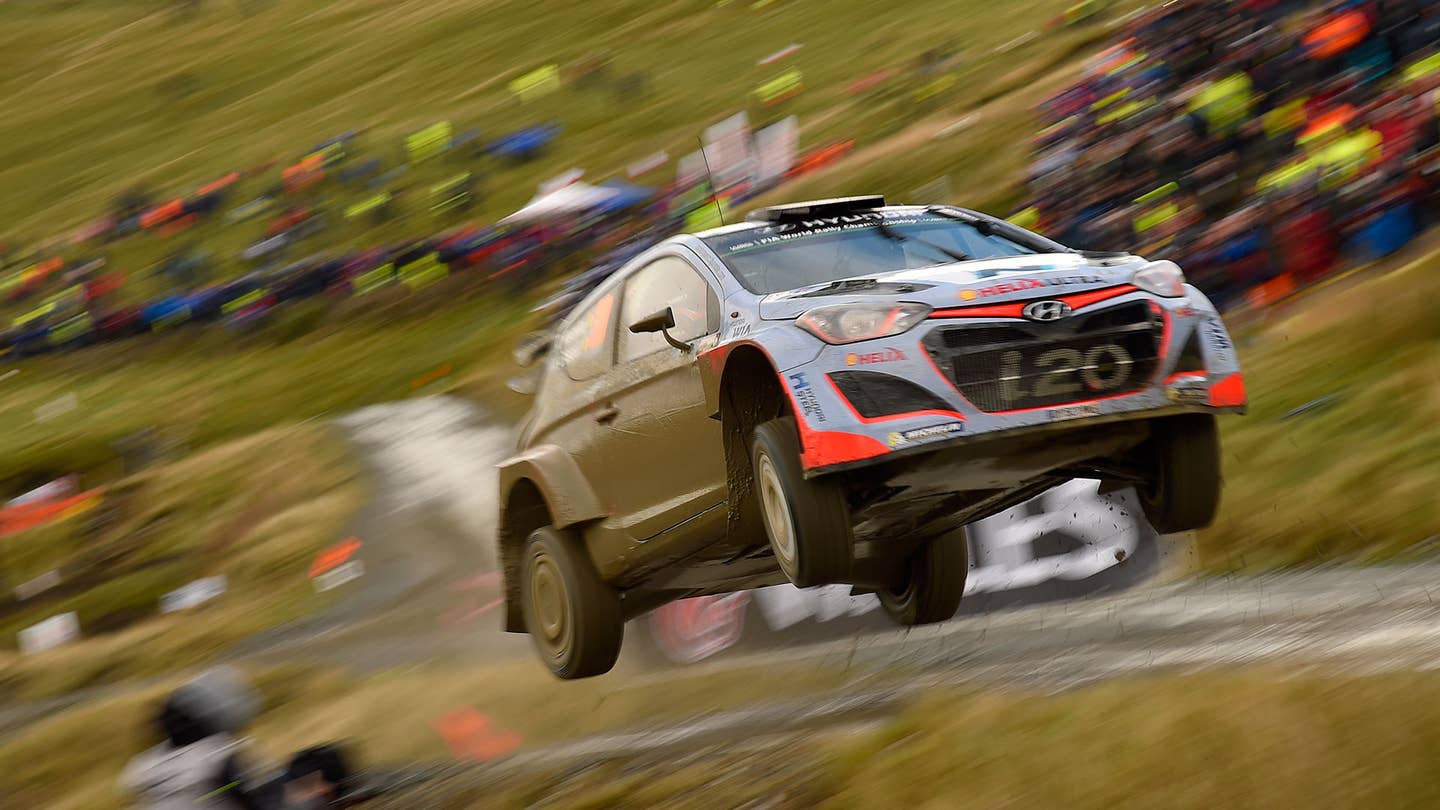 To watch this video of racing driver Hayden Paddon blast his rally car into the New Zealand Rally Championship record books is to know what it's like to have complete trust in someone. Because this video isn't shot from Paddon's point of view. No, you're watching the world fly by from the perspective of Paddon's co-driver, John Kennard.

Driving a rally car in a race is incredibly difficult, but it arguably takes a hell of a lot less bravery than riding shotgun. As the co-driver, you have almost zero control of your own destiny. While the person behind the wheel is wired into the vehicle through his or her hands and feet, the other person in the car is left hanging on for dear life as the car flies, slides, and shoots down the course on the razor's edge between control and crashing. It's like being the inaugural rider on a roller coaster designed by a coke fiend and built by drunken contractors.

And on top of that...you have to read while all this is happening. Better hope your adrenal glands are wired to pump out Dramamine as well as epinephrine, or else you're going to be redecorating that car's interior with whatever's left of your last meal.

So when you watch this footage of Paddon and Kennard ripping through the famed Kuri Bush stage of the championship's Rally Otego in their Hyundai NZ i20 rally car—sure, take a moment to appreciate just how crazy-good a driver Paddon must be in order to knock 10 seconds off the previous record of 7:34.1. But after that...take two minutes to admire the cast-iron guts it took Kennard to strap in alongside him.

All that said, it's probably not surprising that Paddon and Kennard won the overall rally.