It appears anyone can just walk in and get a racing license in Indiana now. 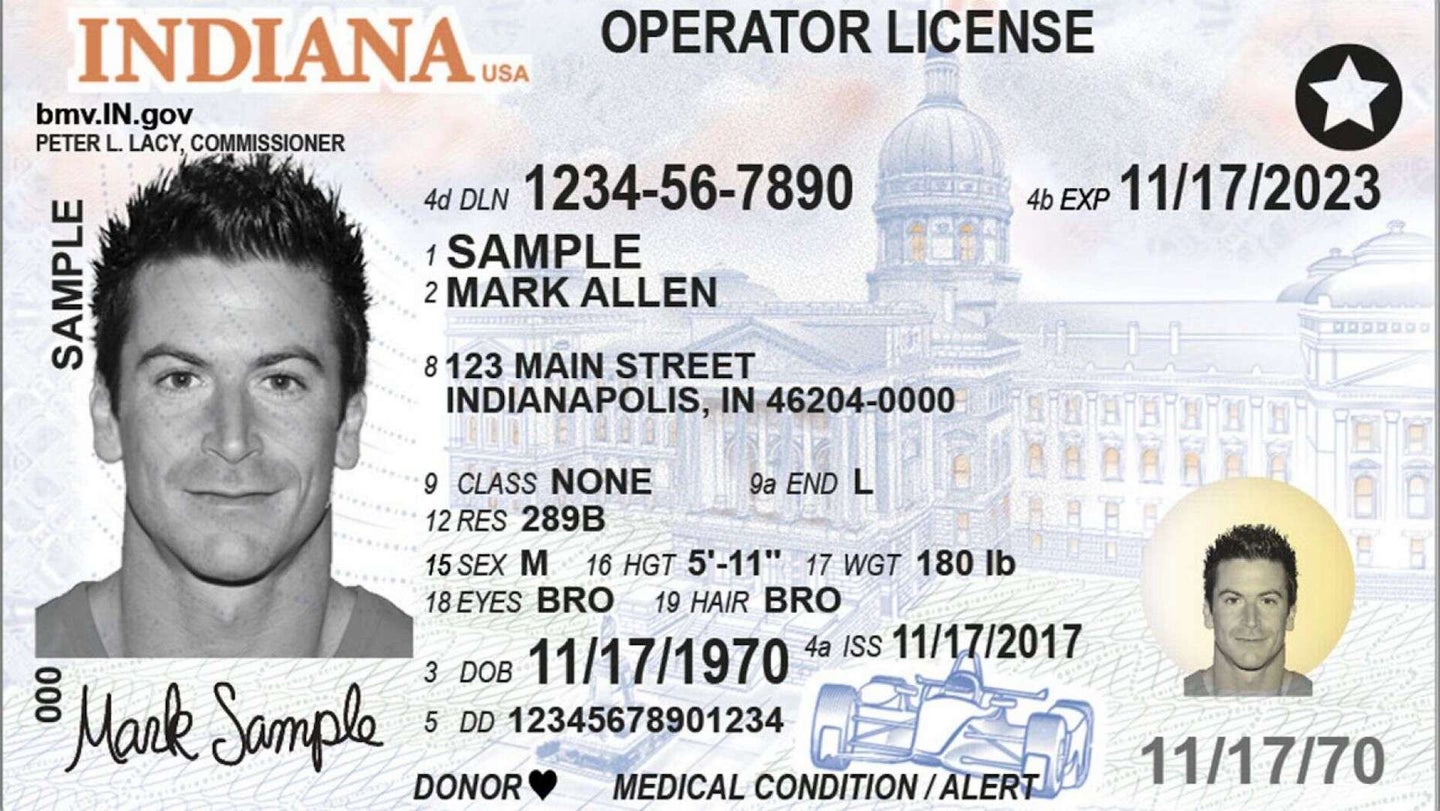 The State of Indiana has rolled out its new-generation driver's licenses, and needless to say, they're quite racy. Starting in July, all driver's licenses issued by the state's Bureau of Motor Vehicles will feature the image of an Indy 500 racing car on them.

The image is a miniature (and pretty darn good) representation of the modern-day IndyCar built by Dallara and powered by either a Honda or Chevrolet racing engine. Unlike in Formula 1, each of the 33 race cars that compete in the yearly 500-mile race shares an identical chassis and aero kit, meaning that with the exception of the paint scheme and team sponsors, all race cars look the same.

Further adding to Indy 500 folklore is the fact that the IndyCar appears to be turning left on the driver's license, which is almost identical to what race cars look like while turning into Turn 1 at the Indianapolis Motor Speedway.

The small race car will replace the state's bird in the new driver's licenses, although regular (non-driving) state ID's will still feature the Northern Cardinal instead of the IndyCar.

According to the Indiana Bureau of Motor Vehicles, the new licenses will begin rolling out mid-July and will be REAL ID-compliant, meaning that they should suffice new TSA and Homeland Security requirements to fly within the United States.

Lastly, can we all agree that "Mark Sample" looks darn good for being almost 50 years old?

Pagenaud is an “incredible racer,” the best, the most beautiful, believe me.

From flipping out on pit lane to pure elation after the checkered flag, there was drama of all sorts at The Brickyard on Sunday.