Paul Menard dominated the exhibition race but contact with Johnson sent him into the wall, resulting in a crash that wiped out nearly 20 cars. 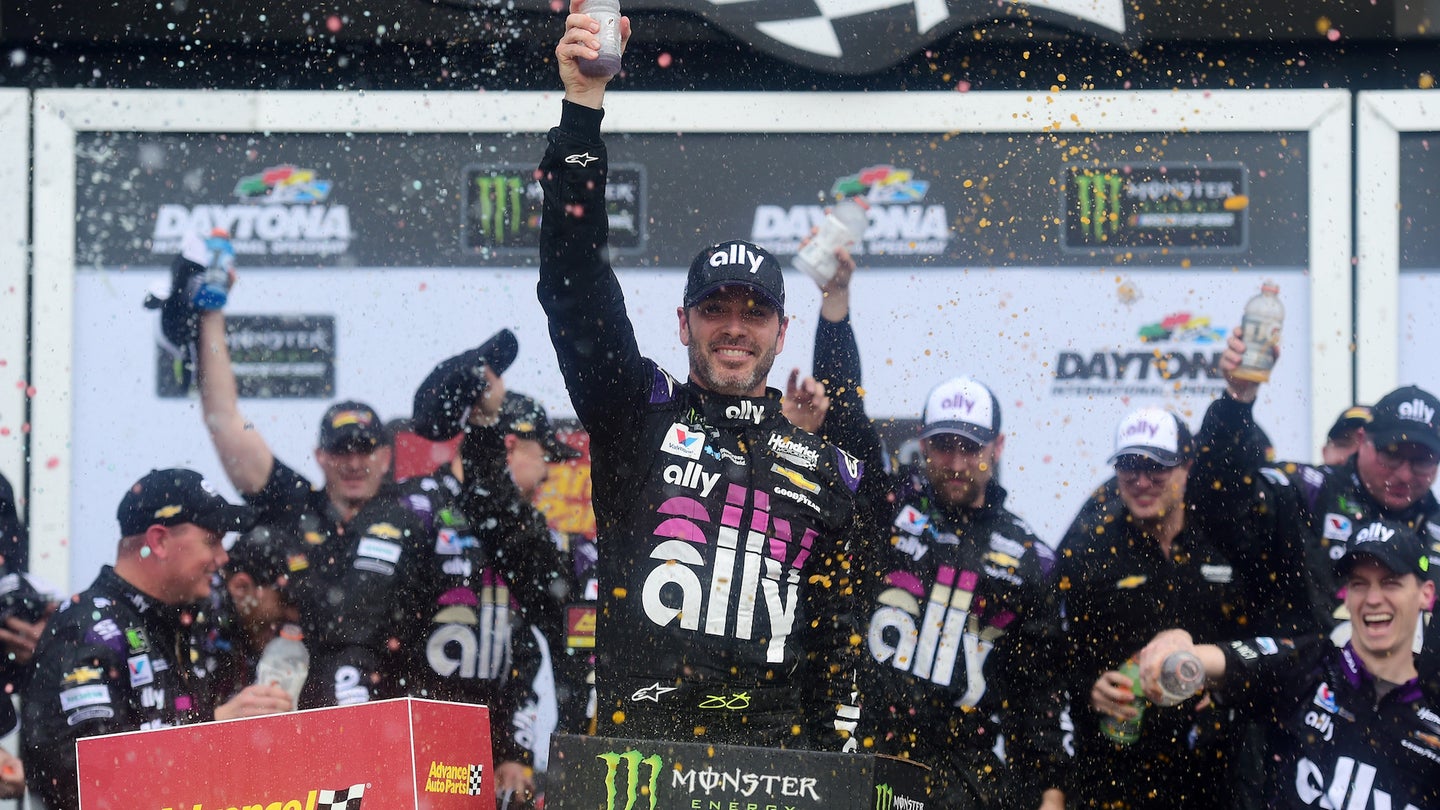 “Yeah, this is great to have all four Hendrick cars qualify one through four, us in third with the Ally Chevy, and, then, to have a very competitive race here today. I wish we could get in the full distance, but obviously, the weather isn’t cooperating,” Johnson said.

Johnson took the lead after he and Paul Menard made contact, resulting in the latter hitting the wall and most of the 20-car field being collected on lap 55. Rain during the caution brought the red flag, followed by the checkered flag on lap 58.

"I knew the rain was coming, so I was trying to set-up my move and make my run on the No. 21 [Menard] car,” Johnson said. "I had it kind of set-up down the backstretch a few laps prior to that, and then, my opportunity came along. I made that move to the inside, and then, we kind of got together. I’m not sure if just the air breaking his bumper plane pulled his car over or if he was late to block, but it was just really a racing thing, honestly. So I made my move, and unfortunately, he got sideways, and it collected a bunch of cars.”

The rain that ultimately ended the race was the third weather-stoppage of the race. Red flag periods also came on lap 8 and lap 43 of the race that was scheduled for a 75-lap distance, all because of rain.

Menard dominated the race, leading 37 of the 43 laps before the second rain delay. He continued up front when the race returned to green and led the field until the incident with Johnson. By the end of the race, Menard had broken the record for most laps led by a driver in a Clash race with 51. He wound up 13th at the finish.

Kurt Busch was credited with a second-place finish but though he should’ve been the race winner. He had a discussion with a NASCAR official after the race, claiming Johnson took his lead by passing below the track’s yellow line, an illegal move according to the NASCAR rule book. NASCAR determined that Johnson was forced below the yellow line.

The yellow flag waved four times. The caution for the multi-car crash at the end of the race was the only yellow flag for an on-track incident. Aside from the rain-related cautions, the yellow flag also waved on lap 25 for a scheduled competition caution.