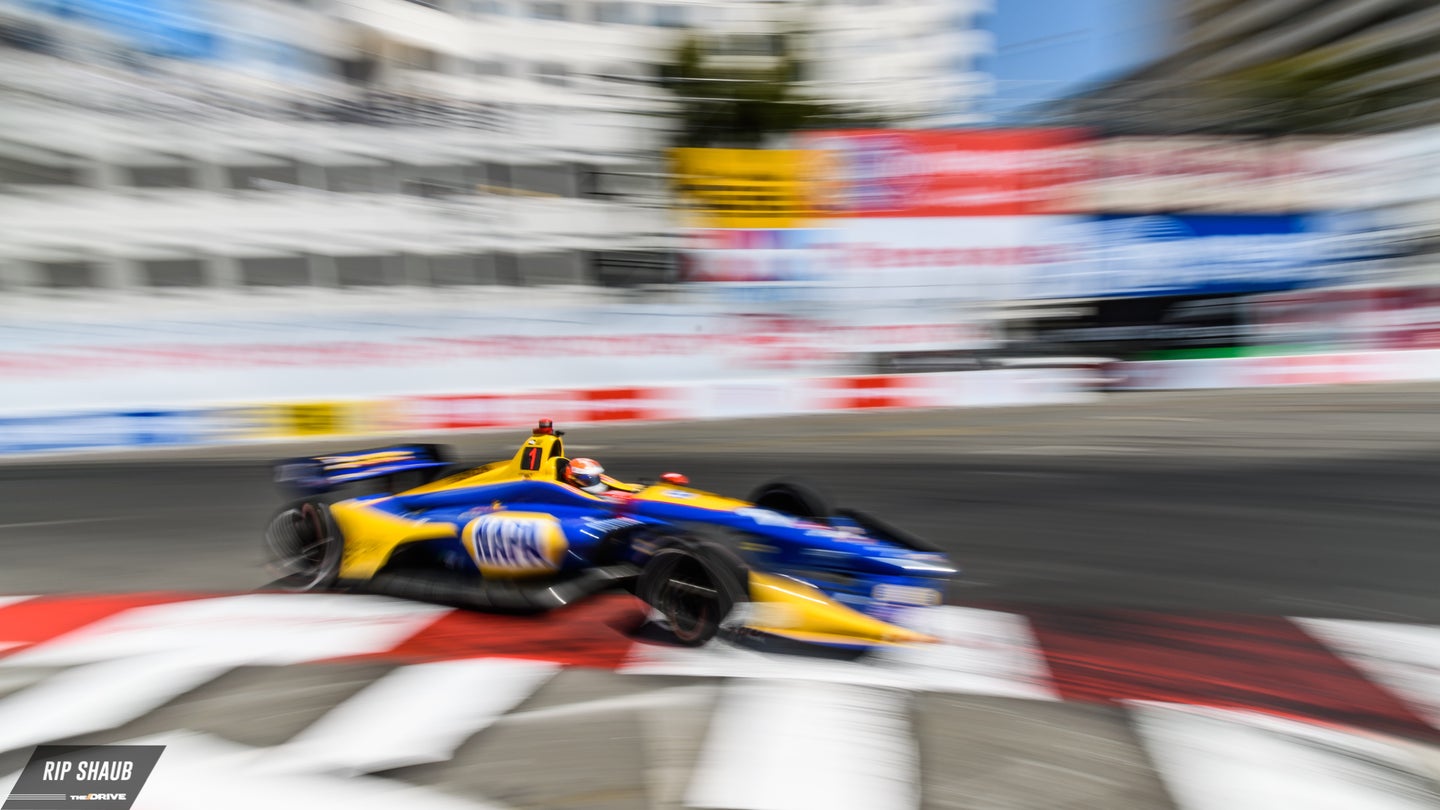 Alexander Rossi has continued his red-hot weekend at the Toyota Grand Prix of Long Beach by nabbing pole position for Sunday's Verizon IndyCar competition. His 01:06.5528 performance earned him the second P1 start of his career, his first coming at Watkins Glen in 2017, and he will be joined by Team Penske's Will Power on the front row.

Rossi roared into Saturday's qualifying round after finishing fastest in the morning's final practice session. His Honda-powered Andretti Autosport machine has been a clear favorite over the weekend, gapping second-place starter Power by nearly four-tenths of a second around the tight city circuit. Power's teammate Simon Pagenaud will start in third which ties his career-best qualifying round at Long Beach.

Each driver admitted the challenges brought on by the series' new spec, low-drag body kit. Despite the added difficulty, they all claimed a significant uptick in speed that should make Sunday's race especially entertaining.

Last year's winner James Hinchcliffe will start in eighth-position with his Schmidt-Peterson Honda.

Reinvigorated by his Indy 500 win, Takuma Sato claims he’s got what it takes to bring home the Astor Cup.