The Finn tops qualifying for the second time in three races. 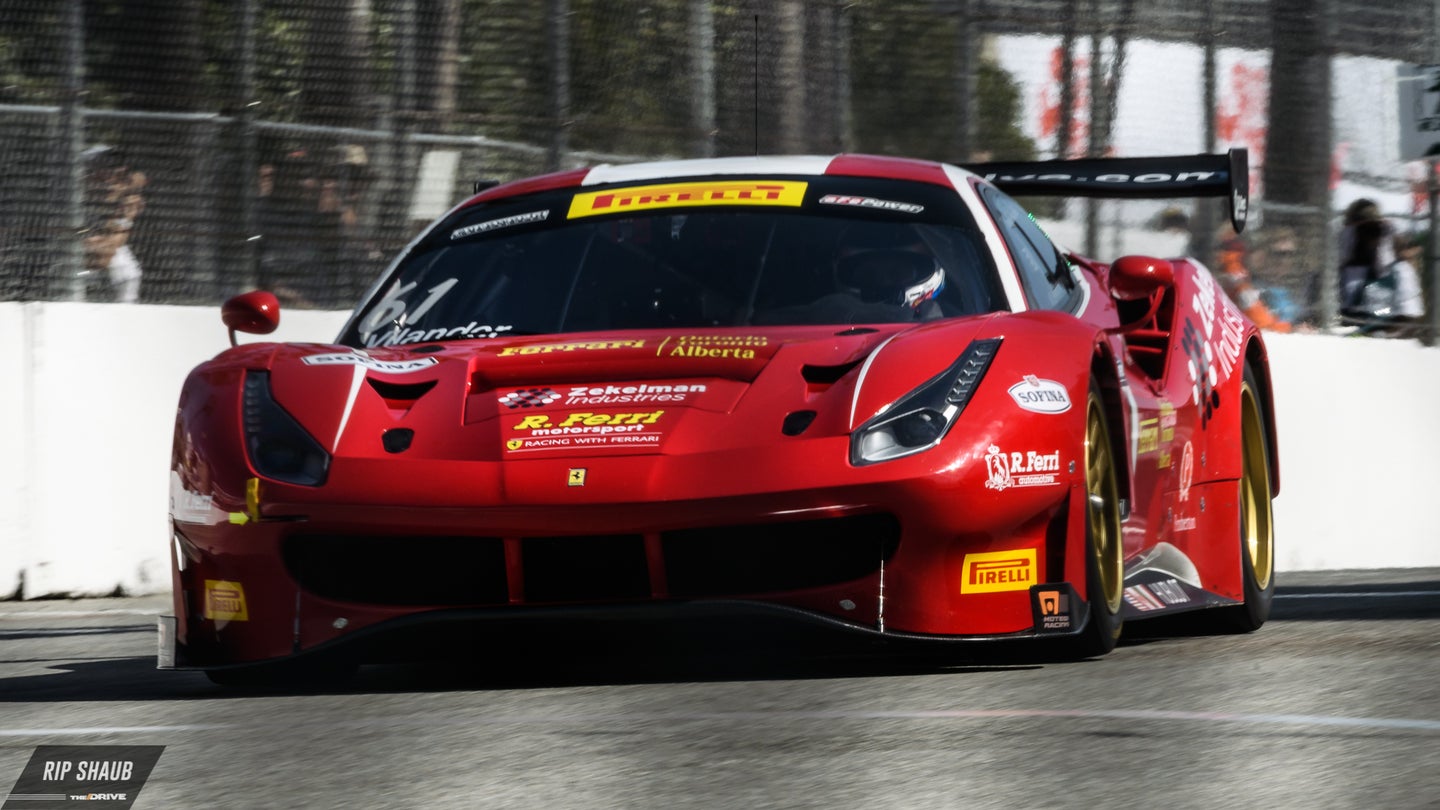 Toni Vilander will start first on the grid for Sunday's Pirelli World Challenge race around the Long Beach, CA city circuit. He and his No. 61 R Ferri Motorsport Ferrari 488 GT3 Evo managed a fastest lap of 1:18.496, placing the crew ahead of Daniel Morad's CRP Racing Mercedes-AMG GT3 which will complete the front row.

Saturday brought about Vilander's second pole position in as many street-sprint races this season after claiming a P1 start in St. Petersburg. This is the Finn's rookie year in PWC competition, though he's driven in IMSA and WEC for years as part of Ferrari's factory racing program.

Daniel Mancinelli will start behind Morad's AMG, placing two Ferrari 488 GT3 Evos in the top-three. Long Beach serves as Mancinelli's series return, one which he has performed well at after being quickest on the first day of practice. His P3 start will land him in decent position to fight for the top step of the podium as qualifying is increasingly important at the tight and congested track.

Porsches took the fourth and fifth positions in the GT class qualifying with Alec Udell's No. 41 GMG Racing 911 GT3 R finishing in front of Michael Christensen's No. 24 entry of the same make and model. The latter was reported to the stewards alongside the managers for Black Swan Racing following incidents during the qualifying rounds.

Yuki Harata's No. 55 Dream Racing Lamborghini Huracan GT3 will start first in the GTA class as he led the field with a 1:19.157 best. Paul Holton was then awarded pole for the GTS invitational in his No. 78 Compass Racing McLaren 570S GT4, and he'll be followed by Harry Gottsacker and Spencer Pumpelly, both driving Porsche Cayman GT4s.