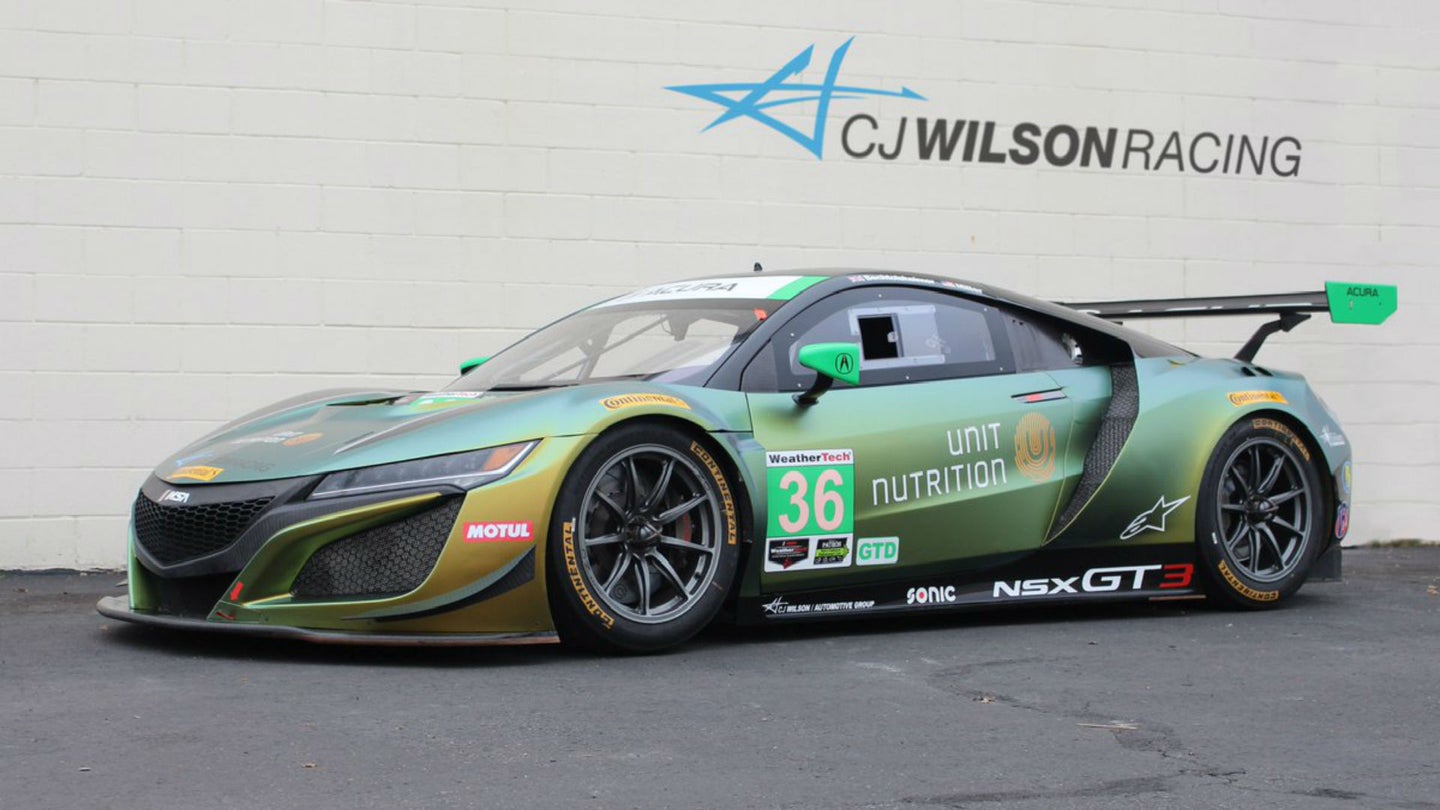 After several years of working through the rungs of sportscar action, CJ Wilson Racing will now compete in the top-level IMSA WeatherTech Sportscar series. The Texas-based team's first entry will be at March's 12 Hours of Sebring with additional North American Endurance Cup appearances planned. As part of its preparation for the Floridian endurance race, CJWR participated in this weekend's testing rounds at the track in the No. 36 Acura NSX GT3.

Driving duties will be handled by Marc Miller and Till Bechtolsheimer with a third teammate slotted to be announced in the coming weeks. Both drivers competed with the team in last season's Continental Tire Sportscar Challenge campaign and were able to nab consistently successful results throughout 2017. Miller has made four appearances in the WeatherTech Championship during his career, claiming a GTD class victory at Petit Le Mans in 2016. Sebring will be Bechtolsheimer's series debut.

Wilson, a former Major League Baseball All-Star pitcher, admitted that IMSA's premier series has long been an aspiration for his team.

“As a young kid watching IMSA races, it was always my dream to race in the premier sports car series,” Wilson said. “It looks like I still have some time before I race in (the) WeatherTech (Championship, as a driver) but I’m happy for Marc and Till to take on the toughest track in the country in the NSX.

“We have been aiming to get into this paddock for years but now the real fight begins to see what we can do against the much more experienced teams. So, we felt like, hey, if we're going to go in and spend X-amount of dollars, maybe we're better off spending that in GTD, getting our feet wet, and taking a real run at this and being where we want to be, which is having a chance to compete with the best teams in the Western Hemisphere."

CJWR started in the Mazda MX-5 Cup series and has progressively moved up over time. Now, after humble beginnings, the team will compete at Sebring as well as Sahlen's Six Hours of The Glen on July 1 and the Motul Petit Le Mans at Road Atlanta on October 13. The team is expected to add other IMSA WeatherTech races to its calendar in the near future.