Trust us, you need it. 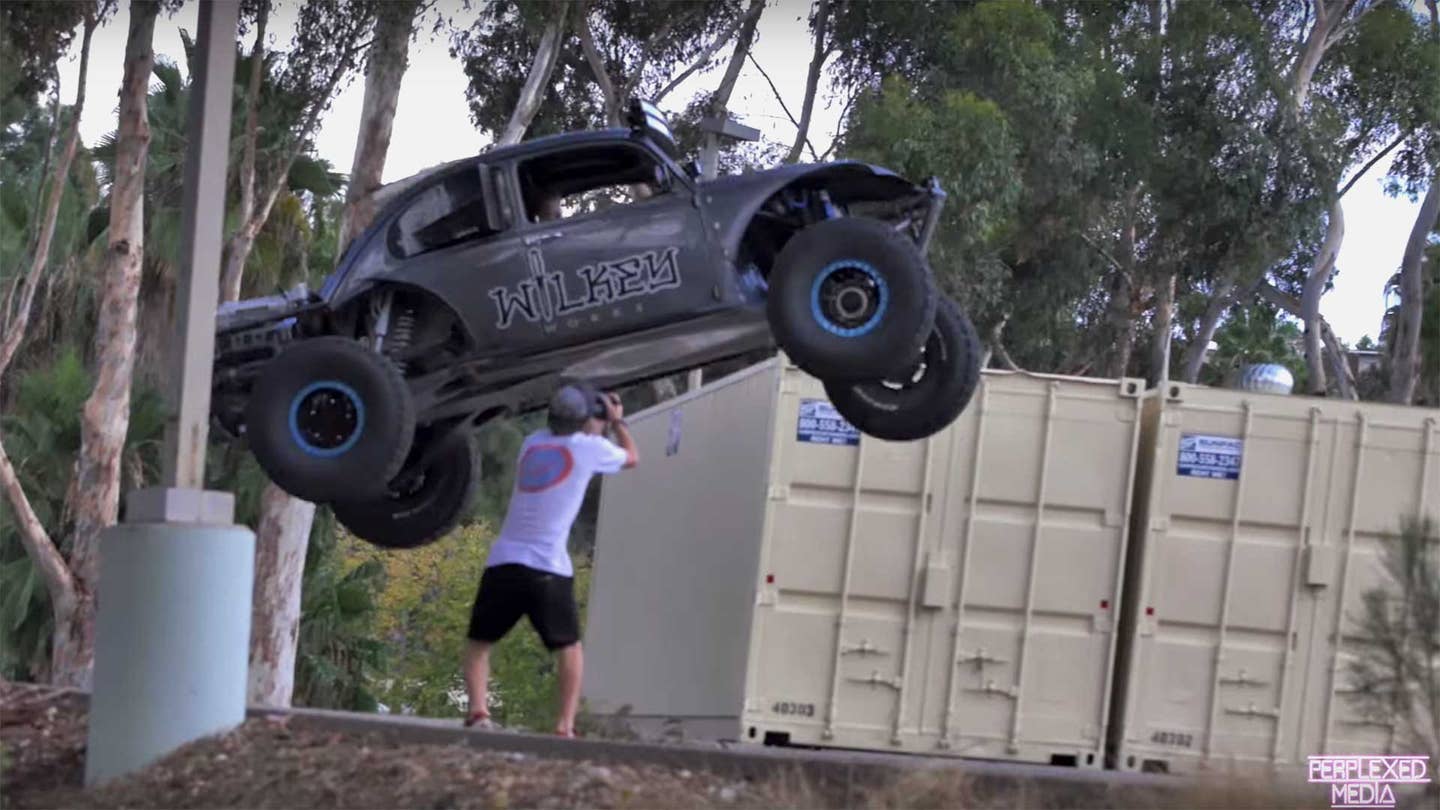 Lines. Rules. Boundaries. The confines of order are a fine place to exist, a safe place for most people. But they are not for everybody. Some of us have a little taste for chaos, and with it an affinity for excess. Why use a newspaper to kill a fly when sledgehammers exist? When did everyone get so uptight? Wouldn’t the world be better if more things were on fire? People like us race jet skis and drive cross-country in a sports car filled with explosives. Or, you know, unleash 800-horsepower off-road buggies on the streets of San Diego.

This is a video of Blake Wilkey. He looks kind of like Jeff Spicoli and, from the looks of his Instagram feed, has a tendency to injure himself. Blake likes to ride motocross and also build things in his garage. Once, he built a supercharged Volkswagen Beetle off-road racer. On its underside, he installed a custom skid plate with a Great White shark graphic, so that when he pulled wheelies at Glamis or Ocotillo Wells, it’d look like Jaws was surfing the dunes. Which is why this video is called “Shark Attack.”

Call it that, or “Urban Assault” or “morally reprehensible.” Whatever. This is four solid minutes of Blake in his VW buggy, doing everything you want to, most importantly having fun. The most fun. All of the fun. Then he goes and gets ice cream.

According to a local CBS News affiliate, the San Diego Police Department say they’re “going to investigate the incident” and that the man “could be looking at charges that include reckless driving and vandalism.” Fair enough. But, hey, credit where credit’s due: A little chaos and excess makes for some damn good entertainment.

Revel in the Off-Road Absurdity That Is B.J. Baldwin’s Recoil 3

There’s an 800-hp truck and donuts on a bridge and a Sasquatch. You just really need to see this for yourself.