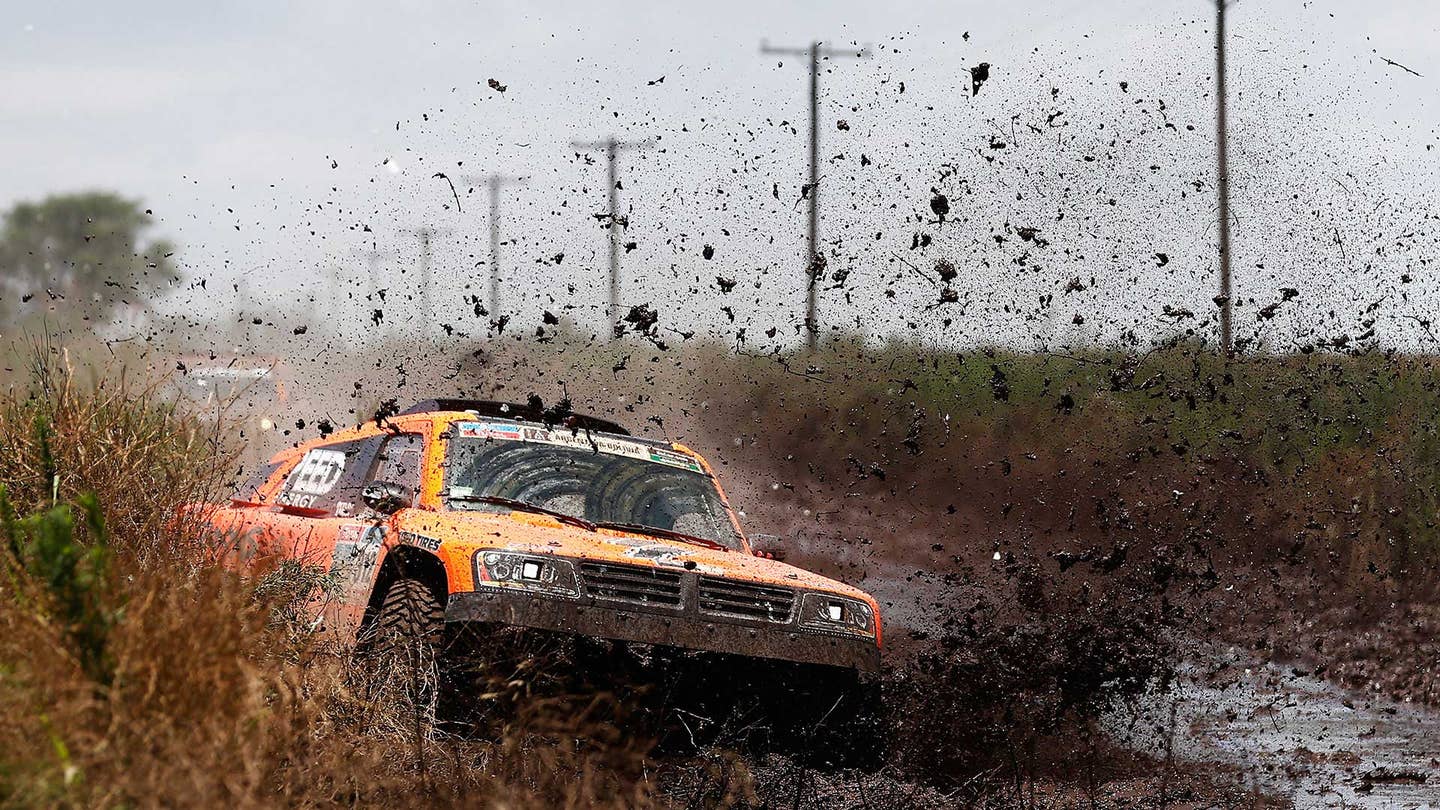 Robby Gordon might be the most versatile driver of his generation. This hot-headed but extremely talented roadracer, groomed in the Southern California desert, first tasted NASCAR in 1991, eventually even competing for his own team. Five times he attempted auto racing’s “Double Duty,” competing in the open-wheel Indy 500 and the Coca-Cola 600 stock car race at Charlotte later the same day. Gordon’s also got three Baja 1000 overall victories to his credit, plus nine stage wins in the Dakar rally. But finishing? Winning? That’s been another matter.

Gordon, along with co-driver Kellon Walch, finished 3rd overall at the Dakar in 2009. But what happened in those other years...like 2006? That’s when he withdrew after his Hummer H3 had multiple mechanical failures and his support team got stuck, stranding him out in the desert overnight. In 2011, a bad wheel bearing took Gordon out of a special stage and led to disqualification. The next year, in 2012, he was disqualified for an illegal intake, after running several stages while he appealed. And 2014 was even worse, as Gordon DNF’d after battling vapor lock, air filtration problems and dirty fuel.

None of that compares to this year, though. In the 2016 Dakar, Gordon and Walch completed the 13th and final stage (won by Sebastien Loeb), with a finish that would have placed them 17th overall. Then, though, disaster: While transiting to the podium ceremony, Gordon’s Gordini made contact with his Hummer H2 support truck, which was being driving right alongside the race vehicle so supplies could be passed over by hand while the team kept rolling.

The Hummer rolled several times, and team member Maurice Ortega broke bones, ending up in surgery. And Robby? Robby didn’t make it to the podium, so he was disqualified. He’s also being investigated by the Argentine police for reckless driving, but since they didn’t charge him last year for doing donuts in the middle of the highway, he’ll probably skate.

Of course, at the Dakar, with its spectator fatalities and countless injuries, it’s just another day at the office. And pretty much an average performance for Robby Gordon…