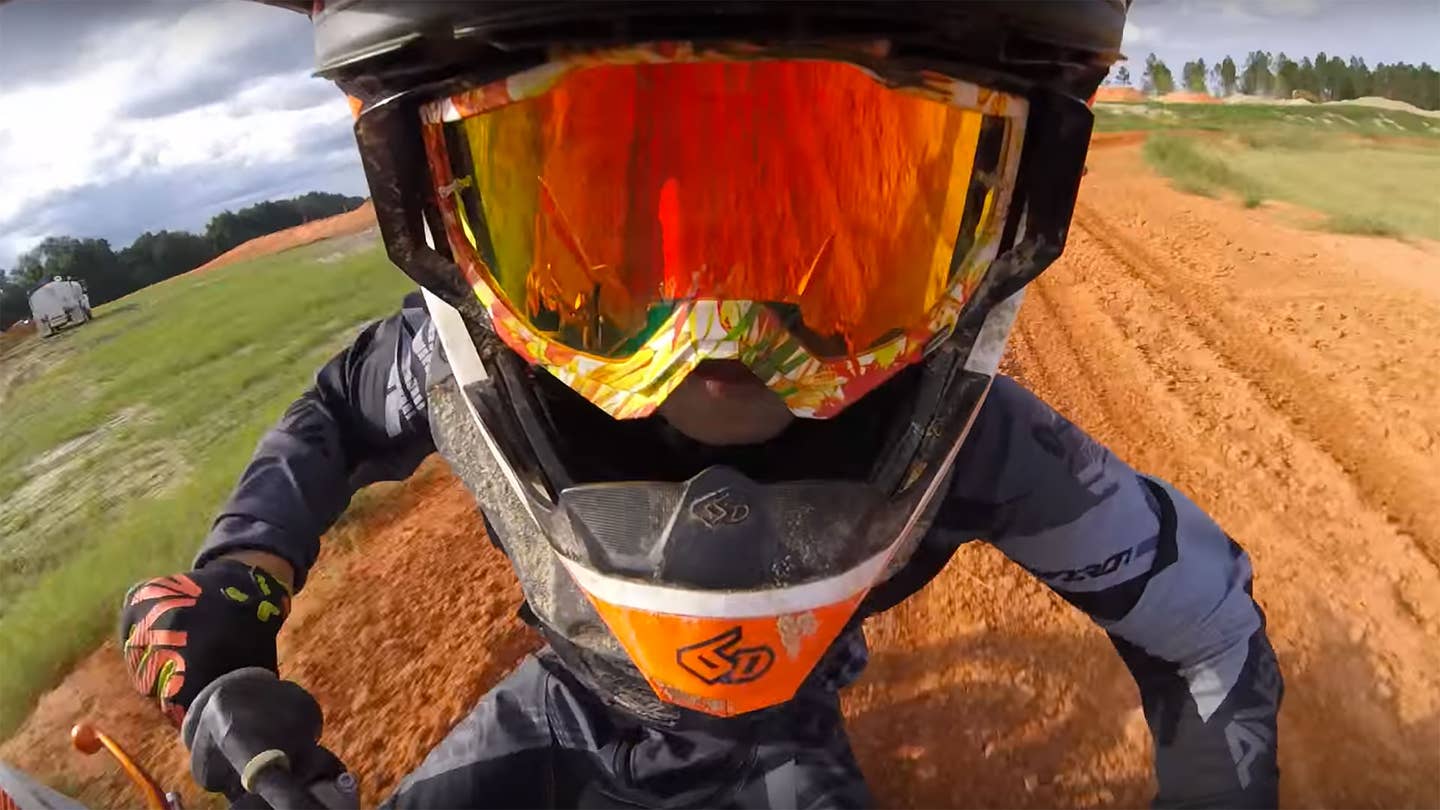 Brian Deegan’s a legend on the motocross circuit. He was the first motocross rider to ever do a 360 in the heat of competition. He’s competed in every X Games—making him the only rider to do so—and taken home 13 medals in the process.

Along the way, he’s taken some hits. He’s lost a kidney, smashed up his spleen, even shattered a few bones, including a femur and both wrists. But clearly everything between his legs still works fine, because he’s also made three kids who inherited his talent.

Take cherubic little scoundrel Huckson Deegan. He’s only four years old, but when he’s not capping grapes with a Daisy air rifle or just being otherwise adorable, he’s tearing around on his own pint-size dirt bike, taking jumps while kicking his feet in mid-air. (He also has 59,100 Instagram followers, which is probably 59,000 more than you.)