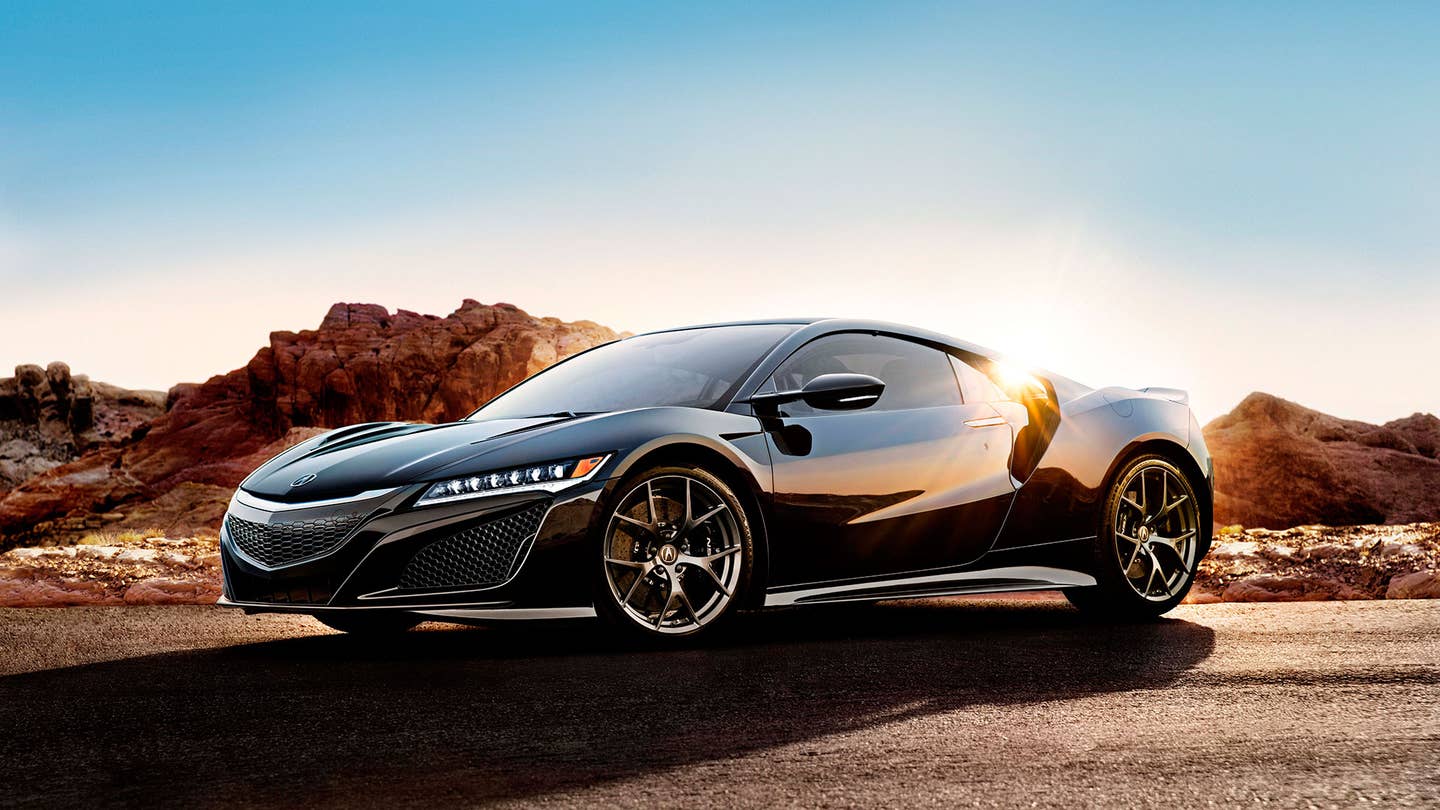 The 2016 Honda Ridgeline is set to debut at the Detroit Auto Show in January. Although details are thin on the ground, we are expecting some drastic changes given the increased popularity of the mid-size pickup market.

Pricing for the 2017 Acura NSX has been announced, and Acura is hitting us where it hurts with a $156,000 starting price tag. Preorders will start in early 2016.

Audi is planning to show its much-anticipated, hydrogen-powered Q6 at the Detroit Auto Show. Reports suggest the H-Tron Q6 will look a lot like the E-tron shown earlier this year in Frankfurt, but it will lean on hydrogen power instead of battery.

If you haven’t noticed, drones have been pretty hot this year. Rather than buying a $500 example, pick up this $35 example and let the affordable times roll. Capable of rapid assent, flipping and four-way directional changes, the Snowflake Stealth Drone might be all the drone you need.

Protein shakes can be pretty gross when you swallow a clump of unmixed powder. Never let this nightmare happen to you. Purchase the Umoro One and let the compartmentalized system rapidly mix your shake with the push of a button for the perfect consistency every time.

Edgevale may have just made the ultimate jacket shirt, capable of keeping you warm in almost any condition. With a thick wool exterior and soft fleece lining, the North East Jacket Shirt will keep you content on the mountain and around the fire pit.

In need of a last-minute Christmas gift? Why not give a gift that keeps on giving: a membership to the Craft Beer Club. For $40 you can send 12 craft beers a month to someone you care about (who may or may not be yourself).

Decorating can be hard. Cars can help.